They say that the dog is man’s best friend, and that these beings are loyal and capable of giving pure and unconditional love. Even in the workplace they are capable of being efficient and improving the lives of employees, and the 10 cases that we will present below are proof of this.

Nowadays it has become a trend for owners of commercial establishments to adopt pets and make them part of their payroll, and it is something that we should support and encourage around the world so that there are fewer animals in the street and abandonment.

This beautiful little friend frequented the Hyundai Motors facilities in Brazil, looking for food and a little love. The employees of the agency did not hesitate to adopt him and now he is part of the work team as a sales consultant, he even has his own official identification. Tucson is always on the lookout when there’s a new customer, welcomes them, and also takes care of the facilities. His arrival has made the work environment much more pleasant and he even has an Instagram account with thousands of followers.

2. Vochita: Security guard at a dealership: 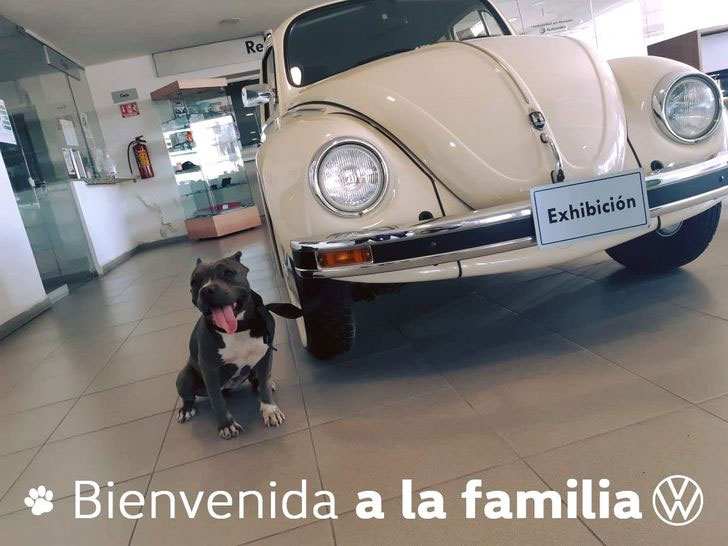 This adorable Pitbull dog is part of the security force of a Volkswagen agency in Mexico. An employee of the dealership found it abandoned on a nearby lot and in poor condition, so he decided to take it to the facilities and take care of it until it improved. Over time everyone became fond of her and decided to integrate her into the team, her role is to take care of the customers who arrive until a sales consultant attends them.

3. Silicone: Guard and assistant in a department store: 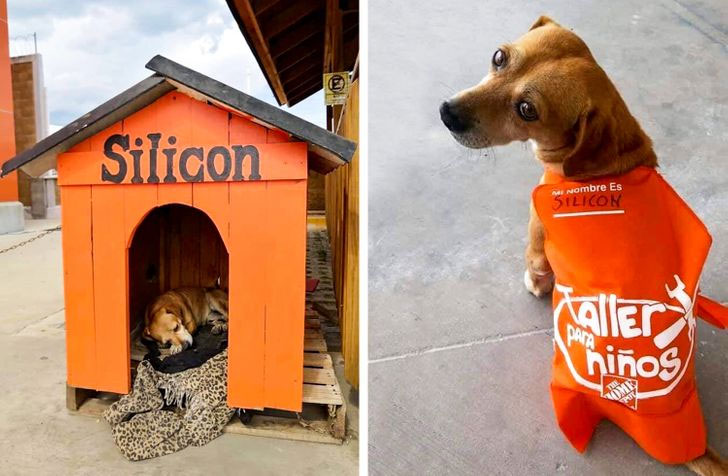 In a department store located in the city of Oaxaca, Mexico, an employee found this cute puppy who after a while they decided to adopt and name him Silicón. He lives in a house made with materials sold in the store, and his job is to make sure that everything is in order inside and outside the work area, in addition, he uses a uniform like the rest of the employees.

4. Yuli, Negro and Terry: Security guards of a university campus: 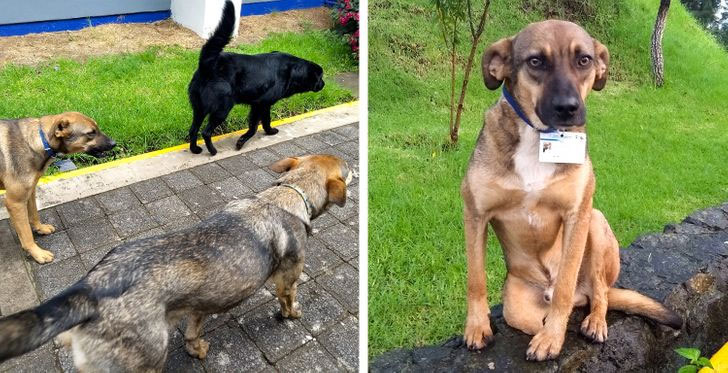 The three dogs frequented the facilities of a University Institute in Michoacán, so the guards decided to adopt them as pets and as part of security. They currently have two years in office, they even carry ID cards that certify them as police officers and for their maintenance, they have the support of the rest of the university staff. 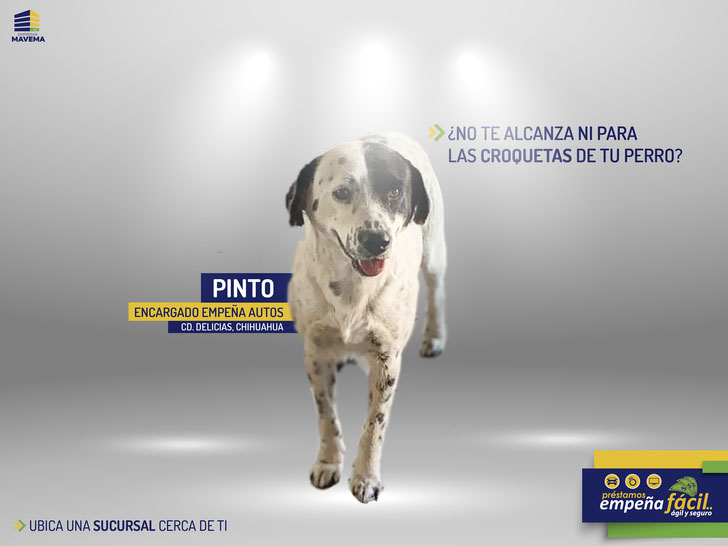 Although he looks this big today, Pinto was taken in and adopted when he was just a puppy. Their caregivers are the managers of a car agency in Chihuahua and their role is to make sure that everything goes well with the establishment, in addition to serving as a therapist to lighten the work environment on days of stress. It even has a place at the table when there are meetings.

6. Virtus and Polo: Wardens of a dealer: 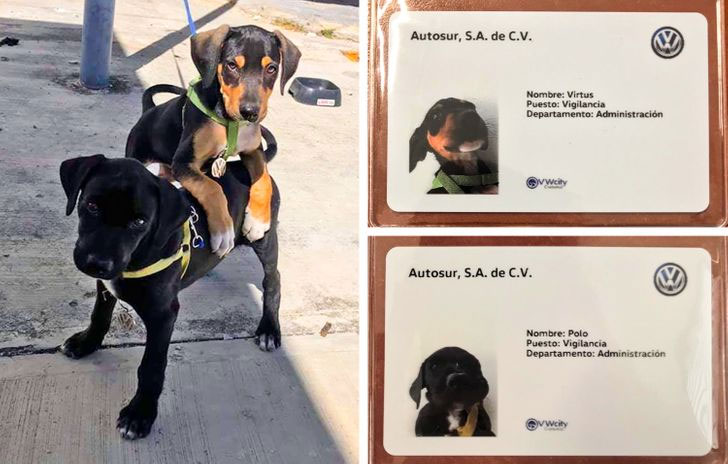 These beautiful puppies were adopted by the employees of a branch of the Volkswagen agency located in Chetumal, their names are due to two of the brand’s vehicle models and over time they were included as watchdogs of the agency, with their respective contract. and identification cards.

7. Rib and Adobada: Watchmen of a restaurant: 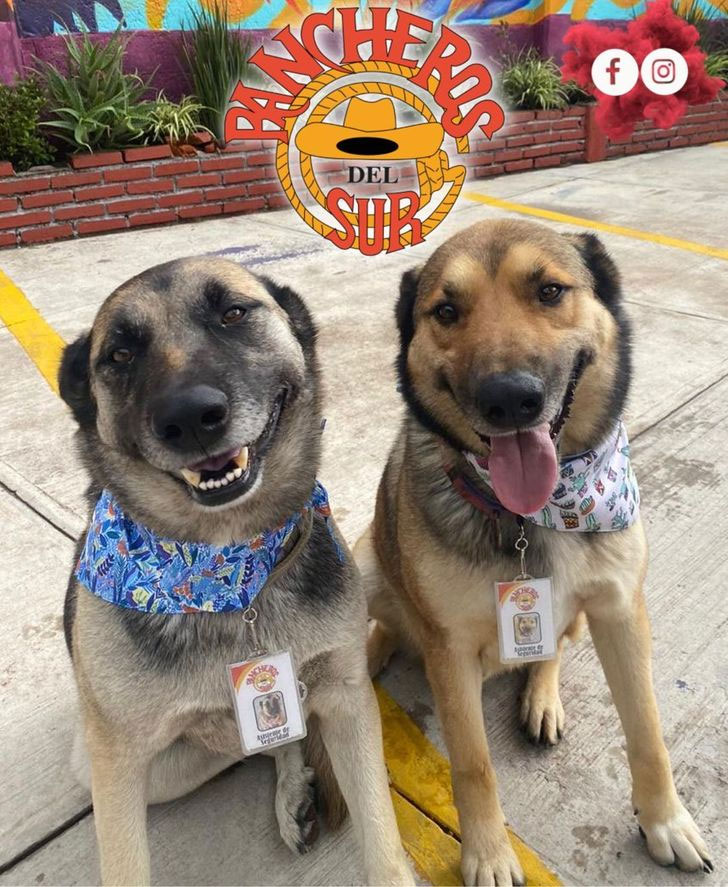 Both dogs were in a street situation and they prowled the front of the restaurant while it was under construction, the owners decided to adopt them both and baptized them as Costilla and Adobada, they also named them official site watchers with their respective uniforms and IDs, and they also interact daily with employees and clients who receive them with great affection. 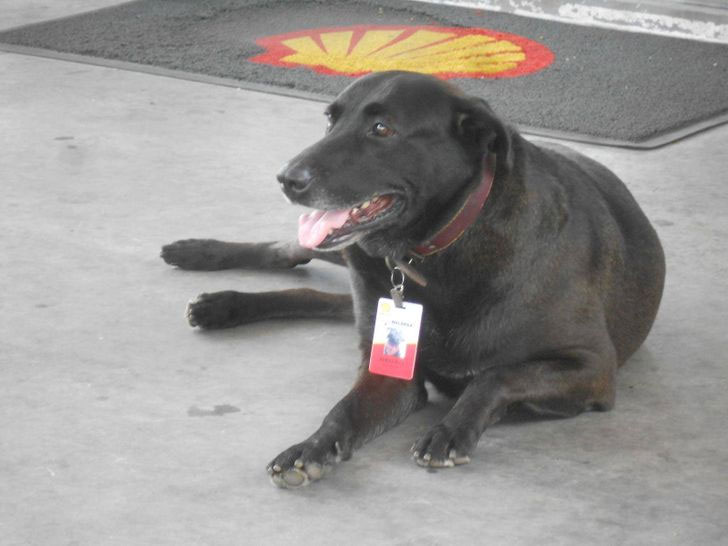 When he was just a puppy, Negão was adopted by the owners of a Shell gas station in Brazil, after it was abandoned by its owners. Over time he became part of the employees and always got along very well with them and with all the customers who came to the establishment. Although Negão is no longer with us, he will always be remembered with much love. 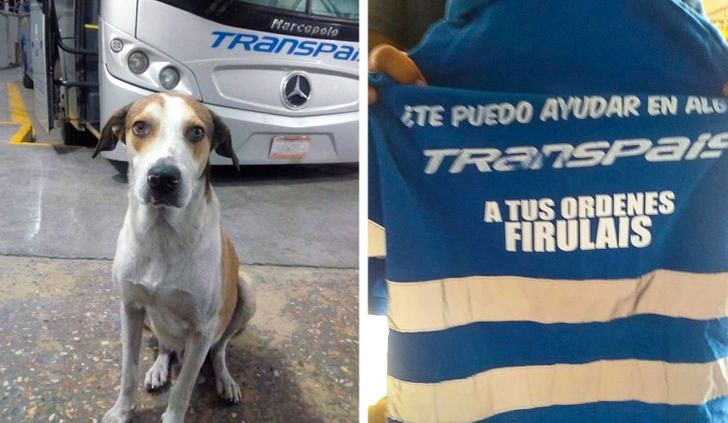 This beautiful little friend was a stray dog, and he was welcomed by employees of a bus terminal in Tamaulipas who took care of him until his physical condition improved. In time he was appointed a watchman, uniformed and equipped according to his new functions. In addition, he received all the love in the world until 2020 when he passed away. 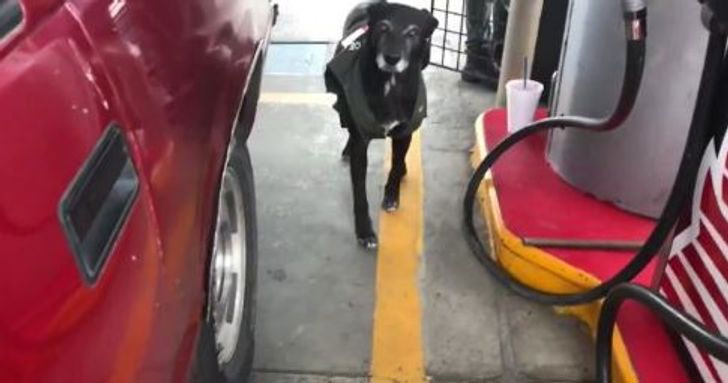 She constantly went to the station to be fed, and after a while she was adopted. Today you can see her uniformed and identified as part of the employees, and among her functions is to take care that everything goes well in the facilities, in addition to accompanying customers to the store and to the bathroom.