Artist Ida Floreak has been living in New Orleans for 10 years. Over time, she has settled in the city that is now her home and has met people. And cats.

Early last fall, a stray cat began frequenting the surroundings of her home. Floreak has her own cat, and she realized that it was he who was probably inviting the cat to come. He called the guest Salami and showed her hospitality. 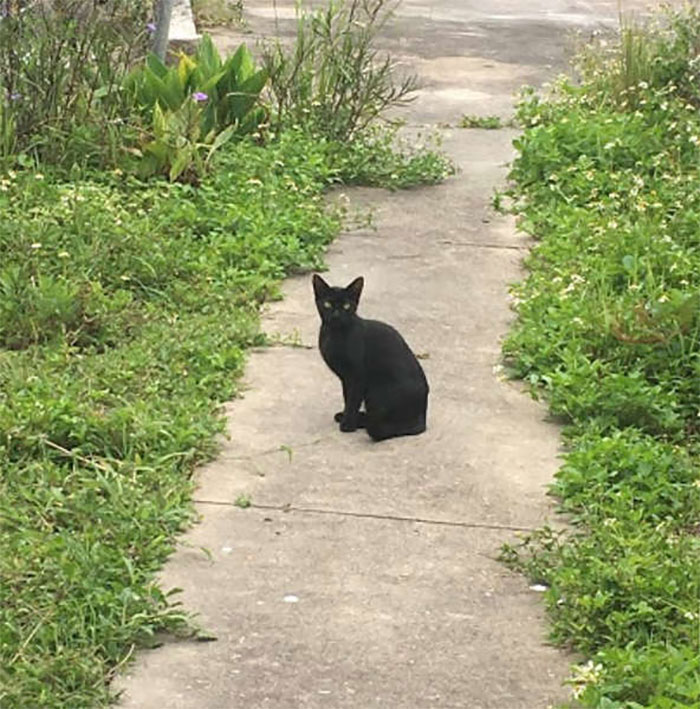 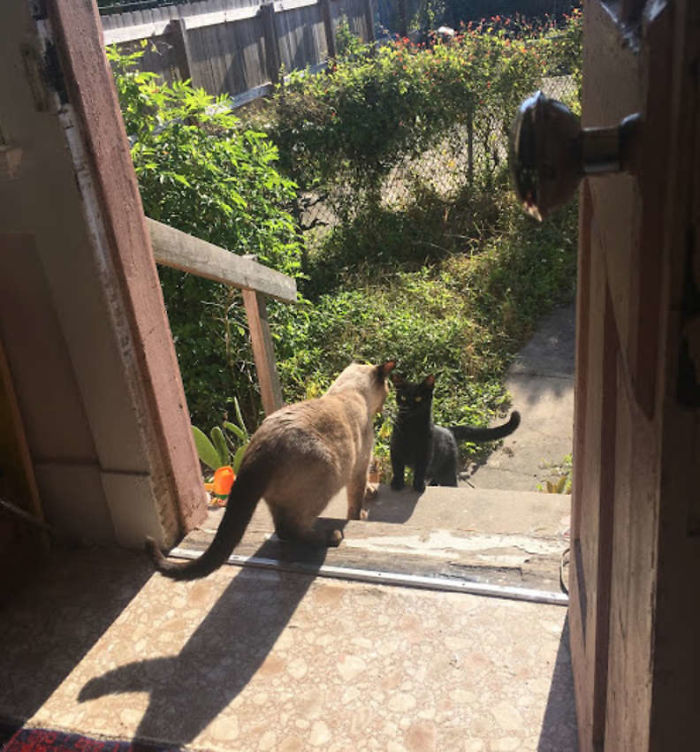 My cat Bruce is a 7-year-old Siamese, and he is twice as bulky as she is. It’s big and rough, but I want it. And Salami too, that’s the reason why it started coming. I let him out and they hang out in the garden together. When he wanted to enter, she followed him. Now they are together all day, they nap together and they clean each other, it’s lovely. 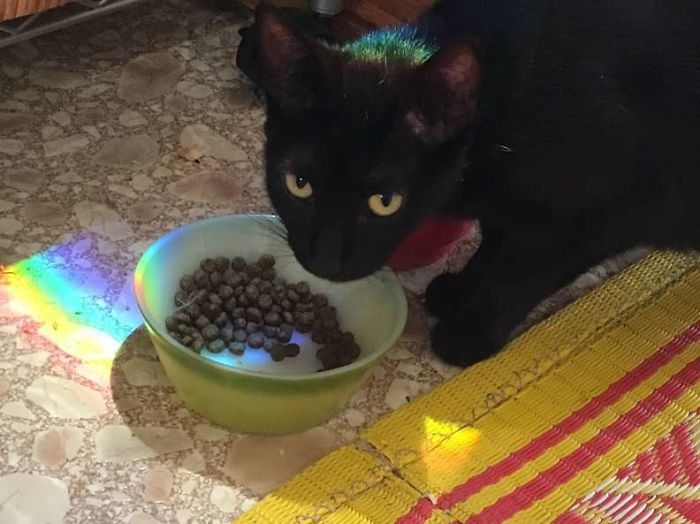 As Salami was still hanging out with Bruce, Floreak tried to gain her trust to get close to her and take her to the vet to vaccinate and sterilize her. But before that happened, she saw that the cat was pregnant. 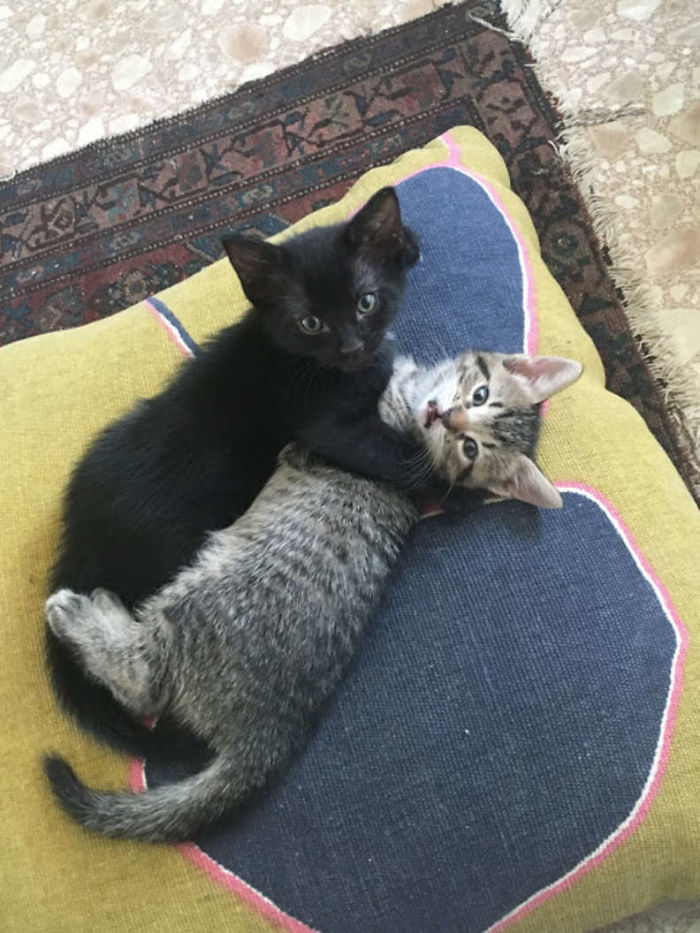 One day Salami began meowing insistently at my door at 5 in the morning. At this point, I was already feeding her, so she knew where to come, but she had never been so insistent, nor had she ever come so early. ” There is nothing a mother would not do to make her babies safe, and Salami did not want her babies to be on the street, so she asked for help. Salami came in and spent a few hours meowing at me, so I figured something was going to happen, she was really round now. 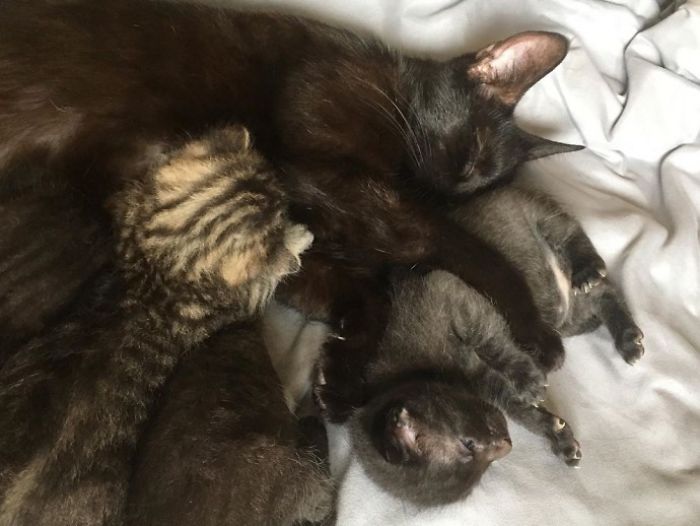 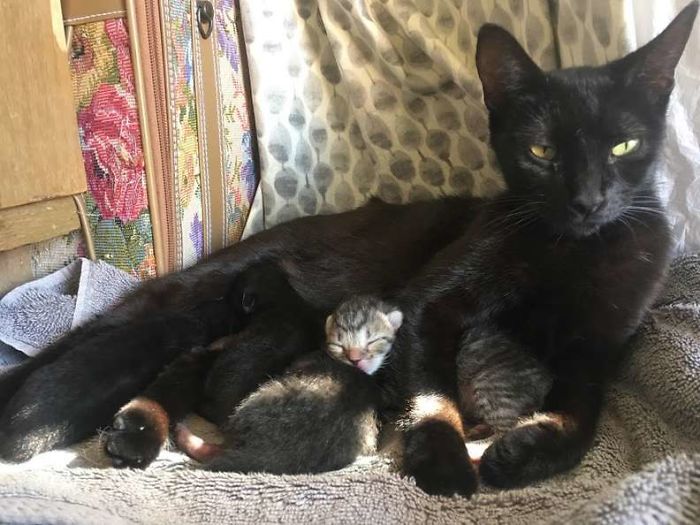 Floreak let her in and Salami started giving birth at 8 0 9 in the morning. This caught the woman by surprise because she thought that the cat would disappear for a while when she gave birth.

Floreak went out of his way to help salami, gave him blankets, and made the bedroom a safe and quiet area. After a while, 4 kittens came into the world. Floreak was nervous witnessing this, because she had never seen or done anything like this, but it is clear that Salami knew what she had to do and they all went through the intense experience with no problems. 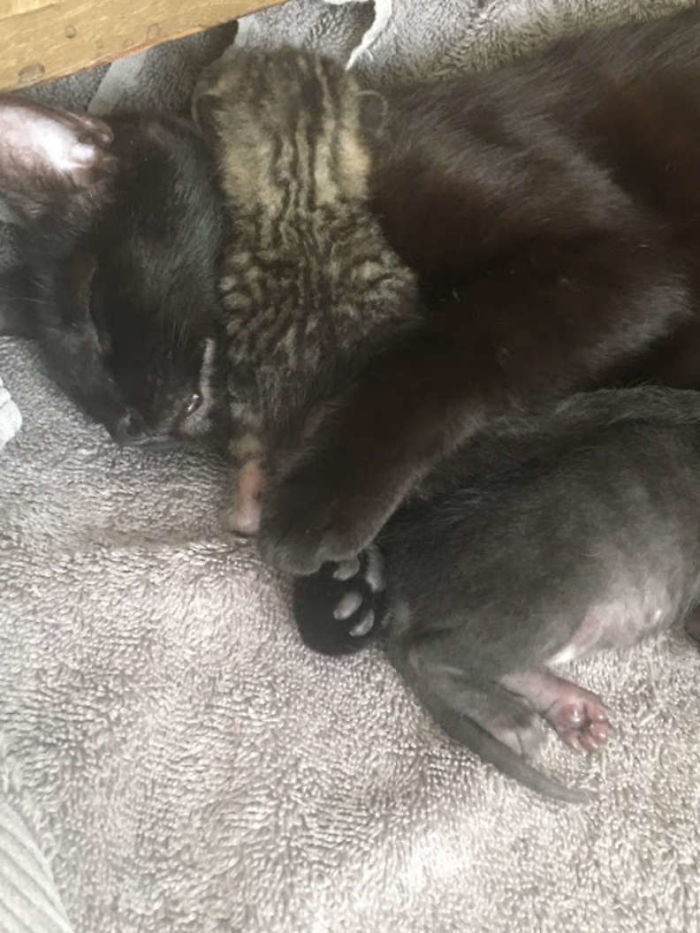 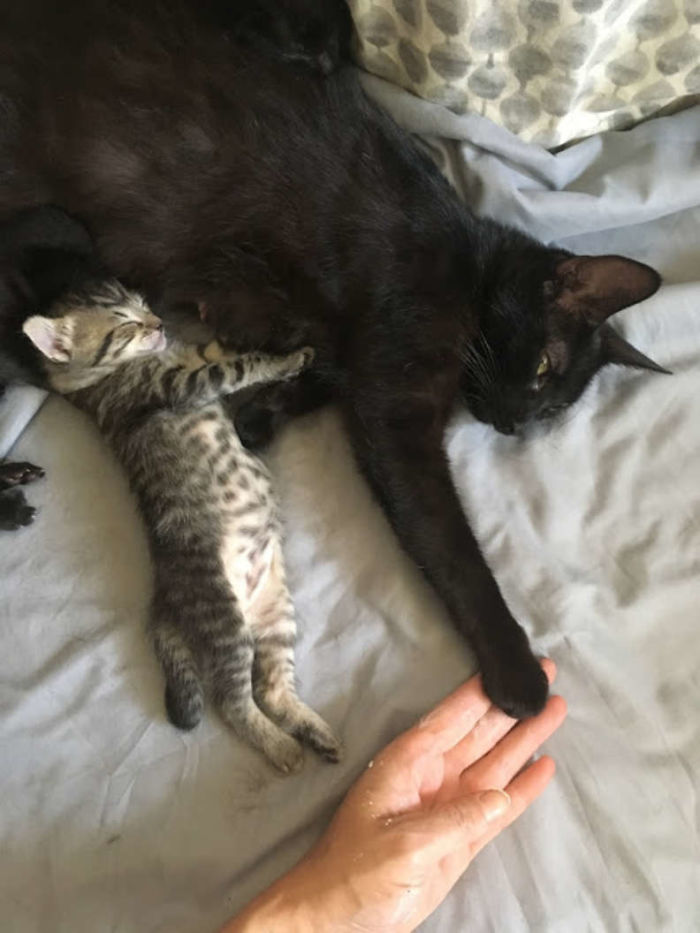 Now Salami lives with me. I was able to take her to sterilize and vaccinate her, and she and Bruce spend all day together. She has adapted very well, and she is a charming and loving cat. All of her kittens are gone with friends of mine: one in Mississippi and the other 3 in my neighborhood. I’m glad to have contact with them. 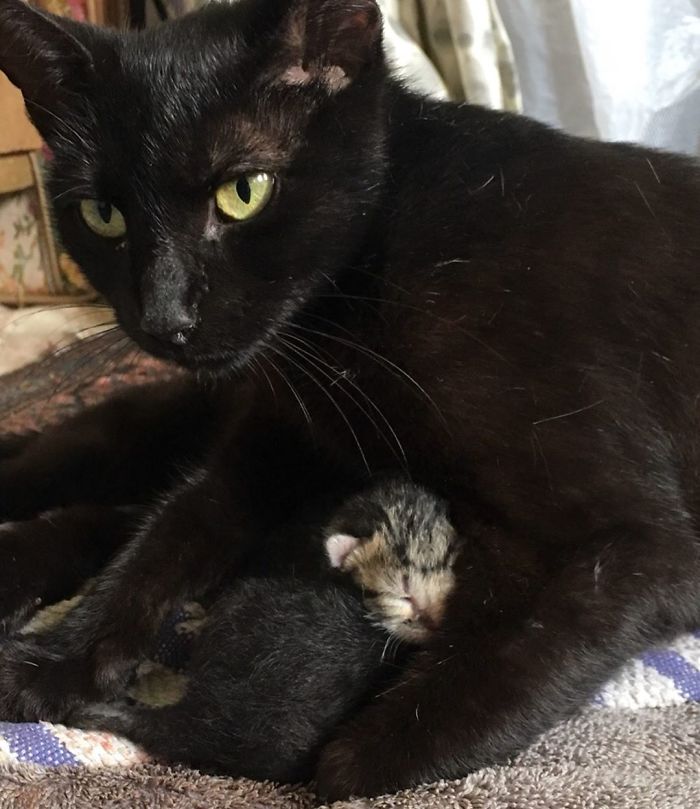 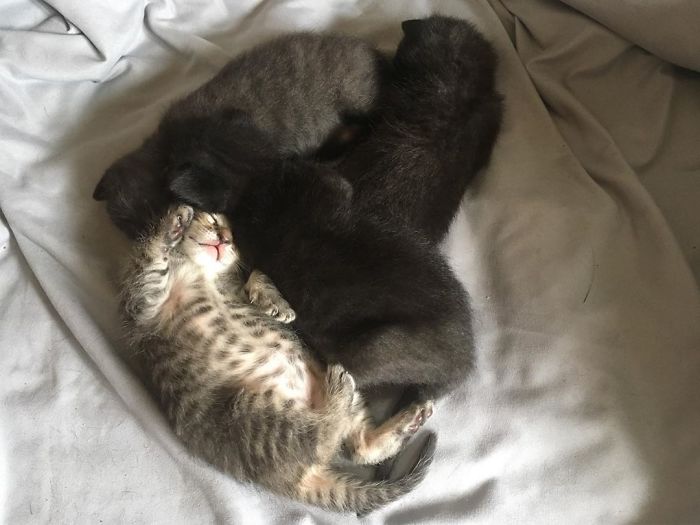 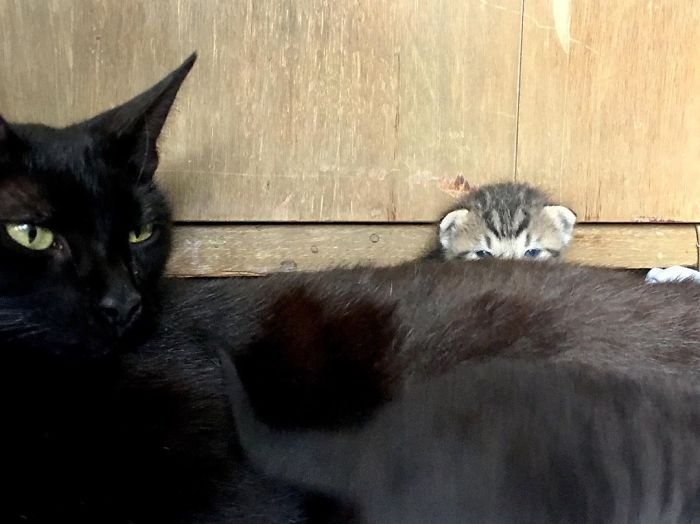 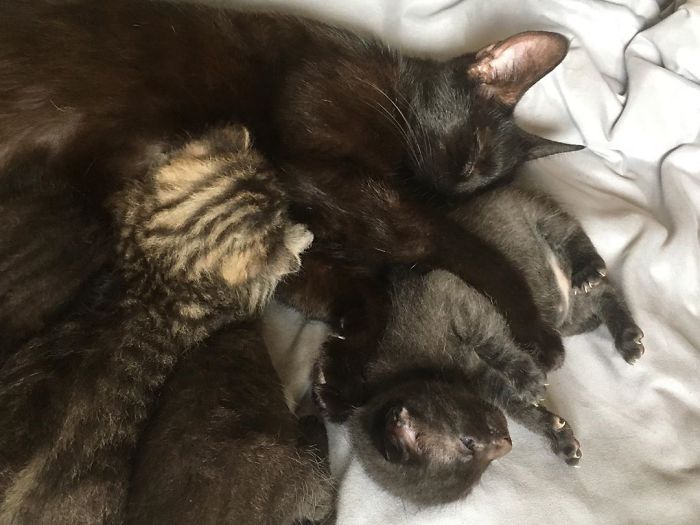 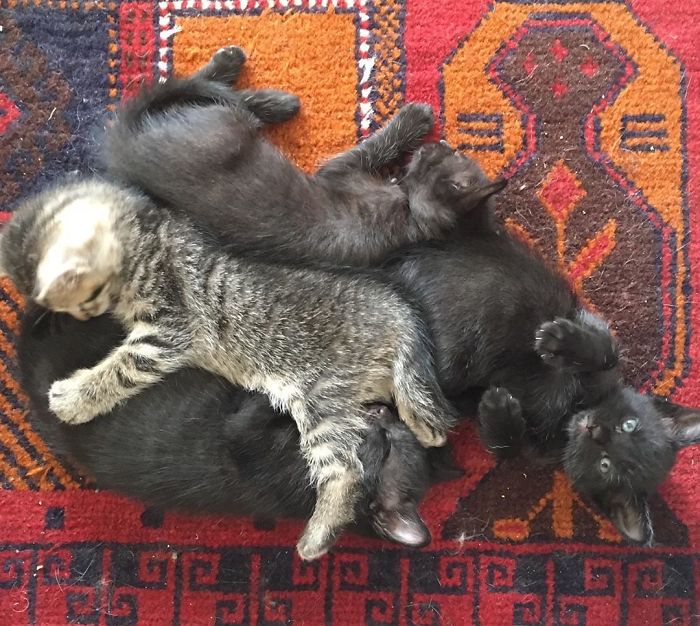 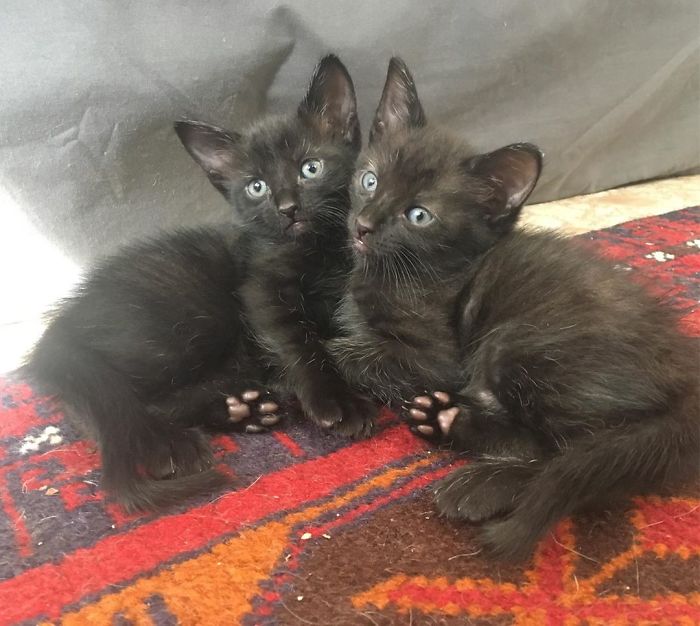 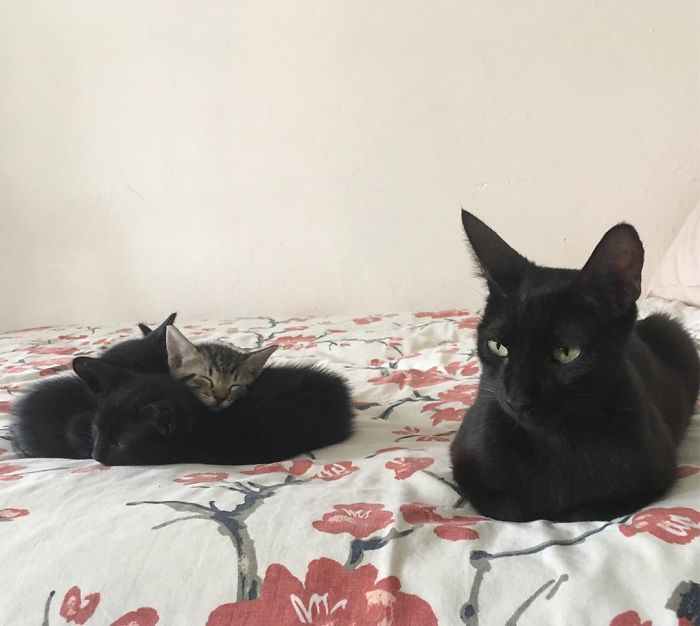 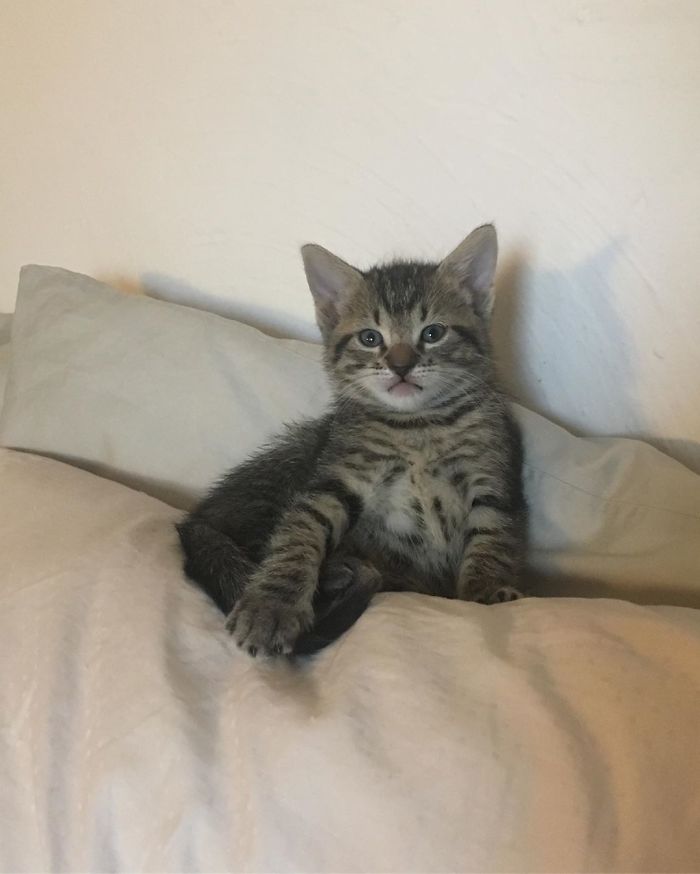 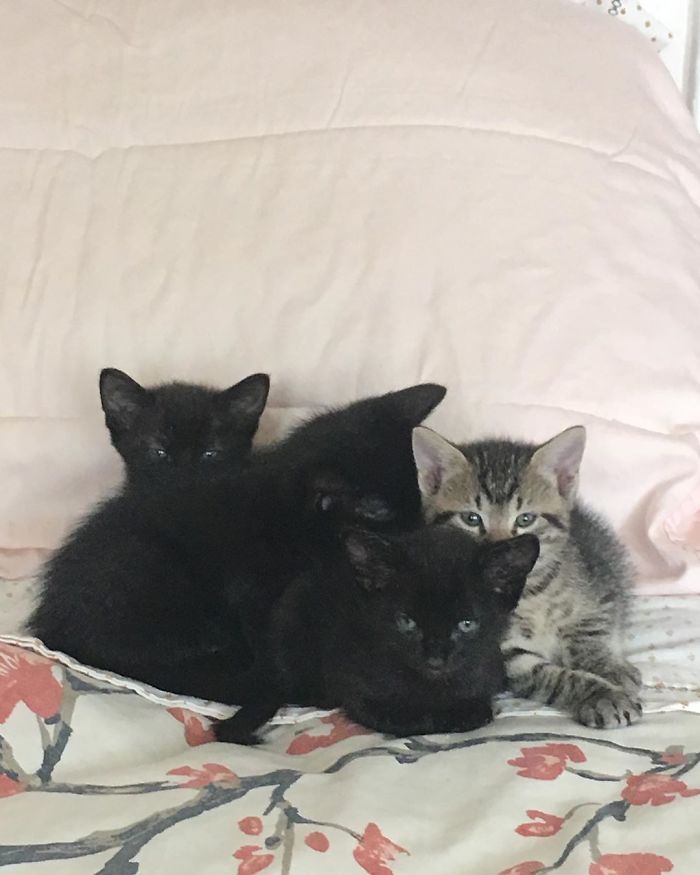 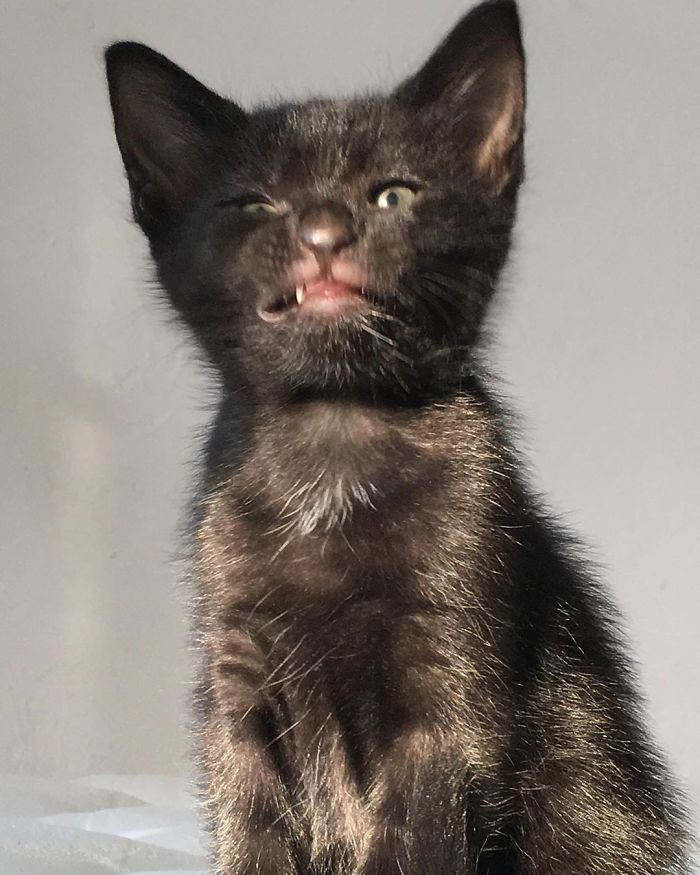 This is what people said about the moving story 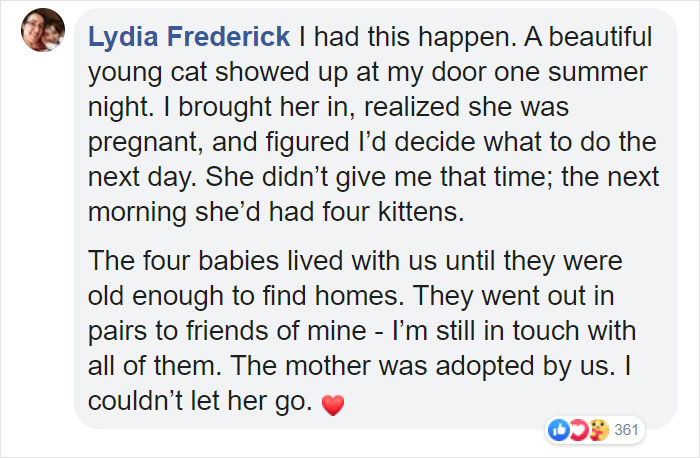 Facebook
Twitter
Pinterest
WhatsApp
Previous articleThis father photo shoots his children’s drawings as if they were real, and they are terrifyingly funny (20 images)
Next articleMaggie The Cat Who Fights Demons (Comics)