Dogs are sociable creatures, they love being part of a pack. They are also fast learners and can adapt to all kinds of environments. The pitbull Mako is a good boy and the perfect example of both of these things. Just in an unusual way. When Bethany and Samantha Castiller adopted him from the animal shelter, they wondered if this 2-year-old dog would get along with their cats.

“At first we had the cats in a separate part of the house, because we wanted to slowly introduce them to the new dog. He started jumping on the tables around the house and we thought he was very excited and full of energy, ”says Bethany. Turns out there was nothing to worry about: Mako already seemed familiar with living with cats. But much. So much, in fact, that he even thinks he’s one of them. 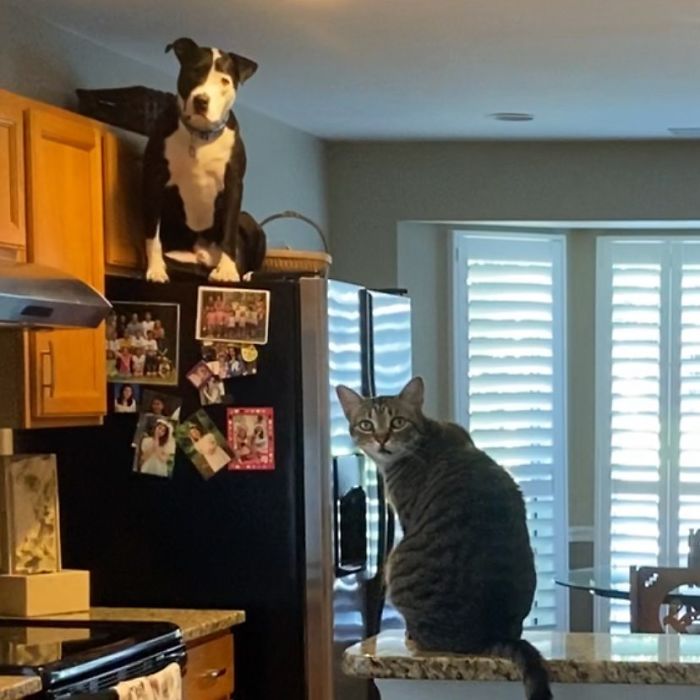 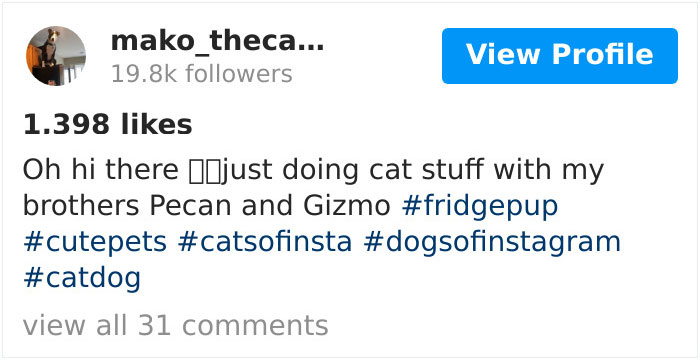 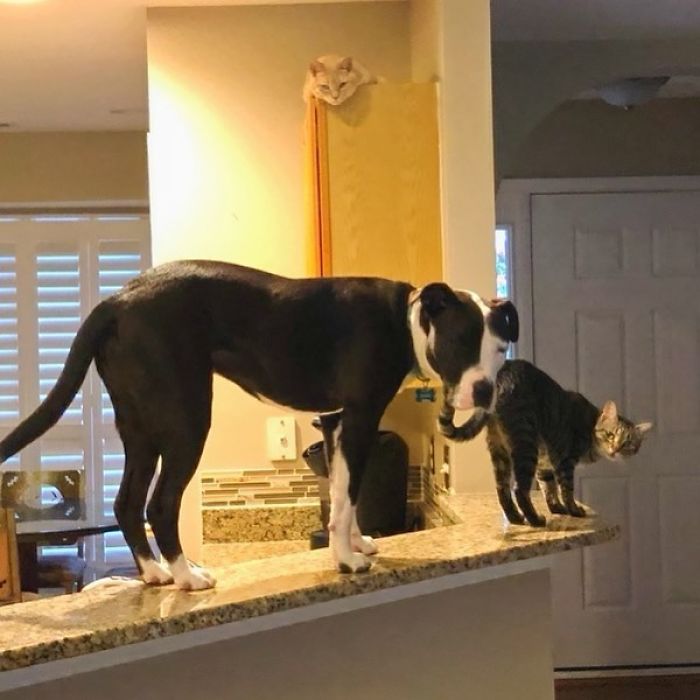 Like many rescued pets, it can be said that Mako himself chose his new family. “When we went to the shelter, Malo looked us over his shoulder, straight in the eyes, and we fell in love with him. At that time, his head was much larger than his body, we found it adorable. 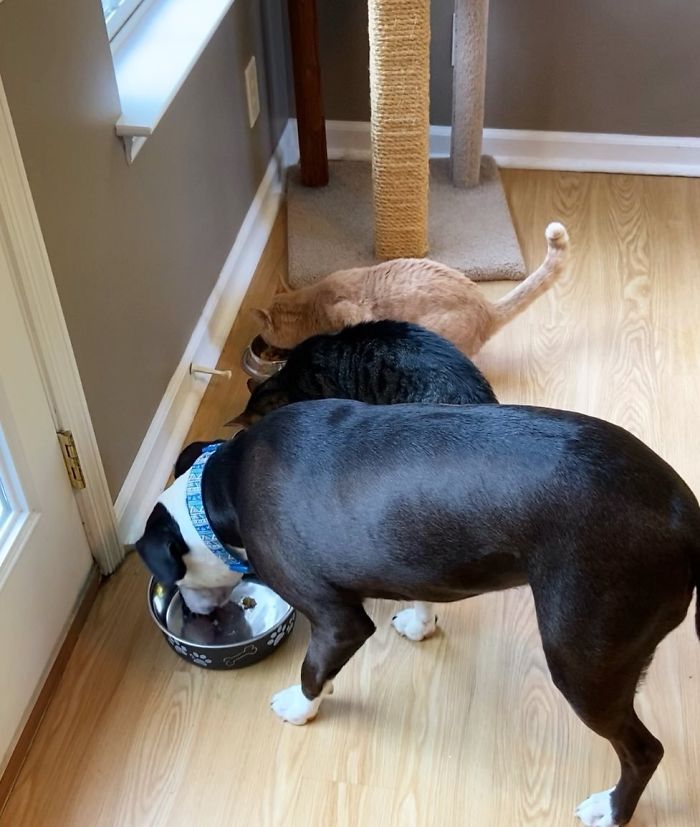 It wasn’t until Bethany and Samantha introduced the dog to the cats, that they realized he acted just like them. “The cats would get on the countertops and he would jump there with them. I just wanted to be around him all the time. ”

It is clear that Mako grew up with cats in his previous home, which caused him to adopt feline tastes and behaviors. How else to explain a pitbull uploaded to the refrigerator or cupboards? 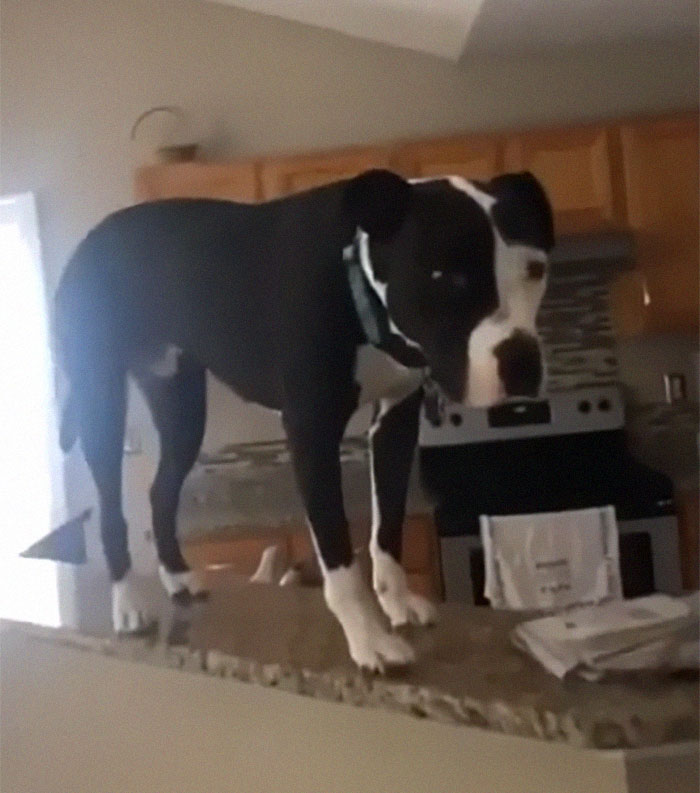 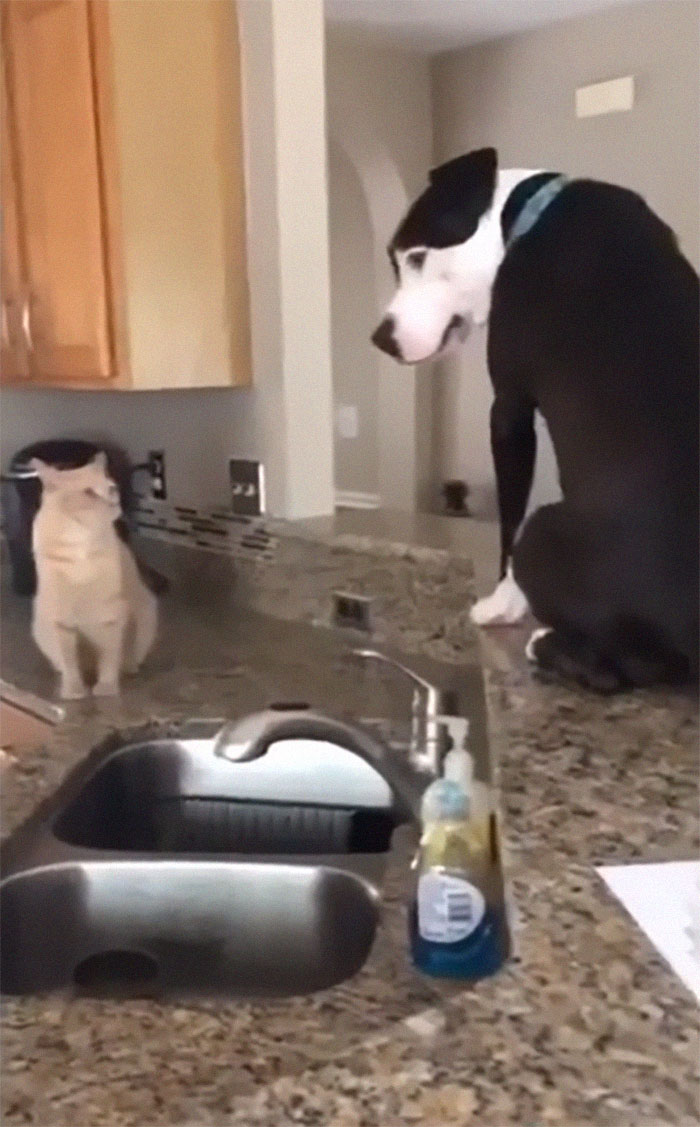 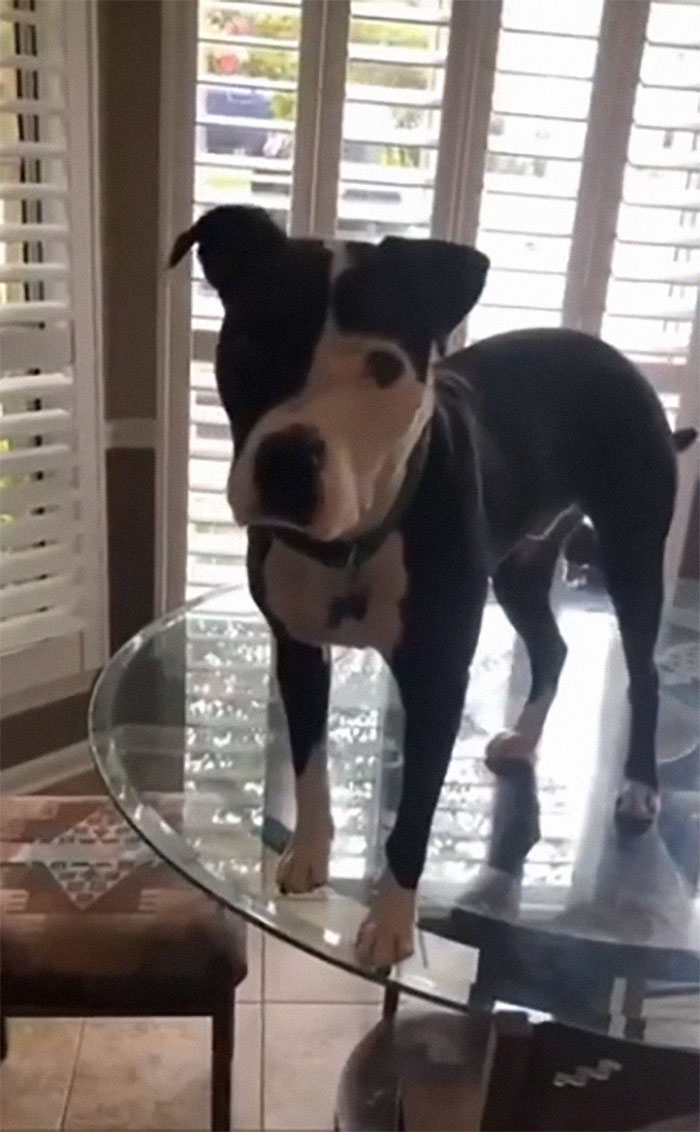 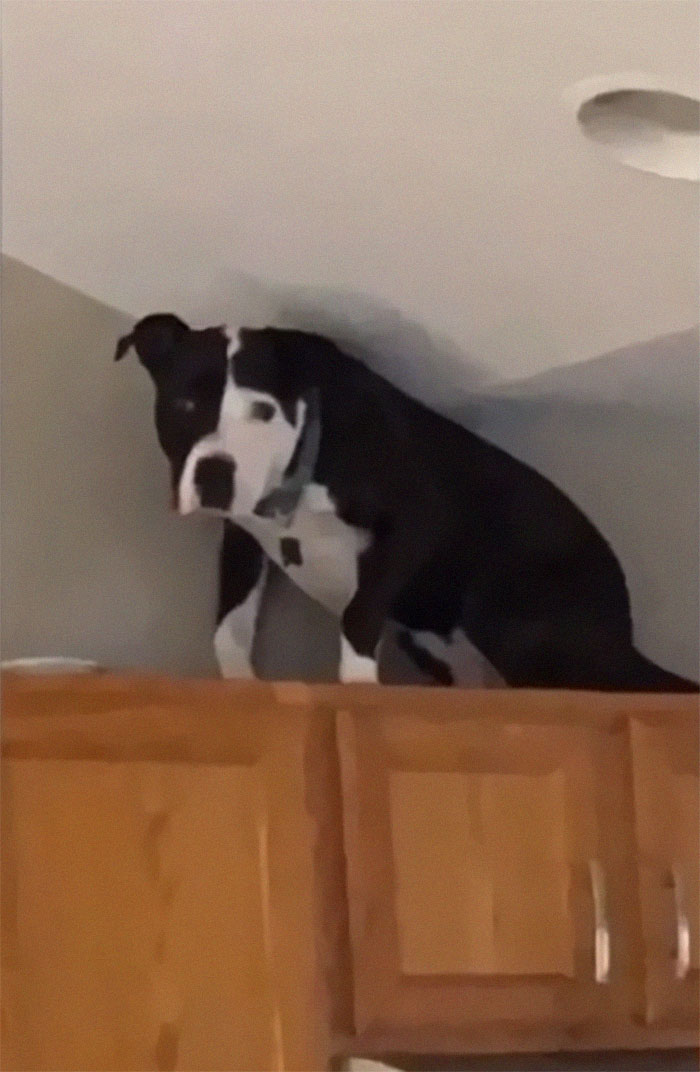 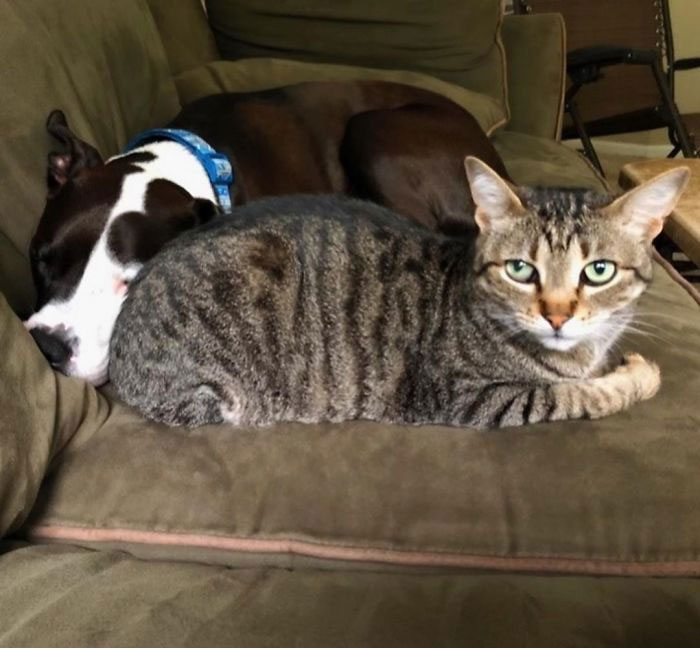 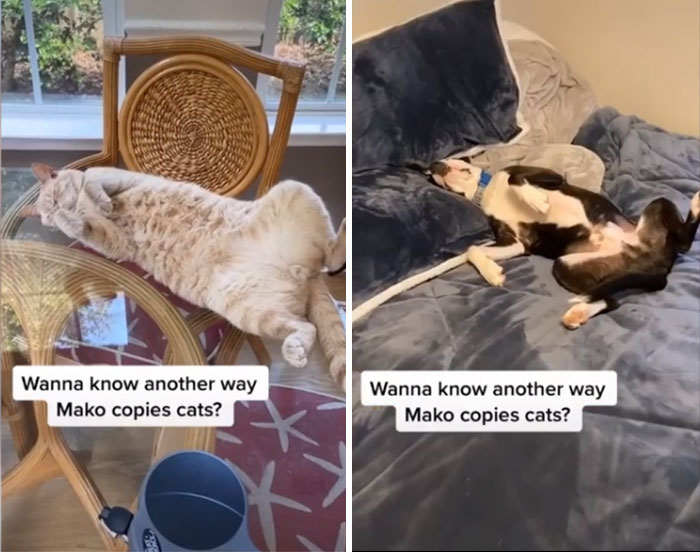 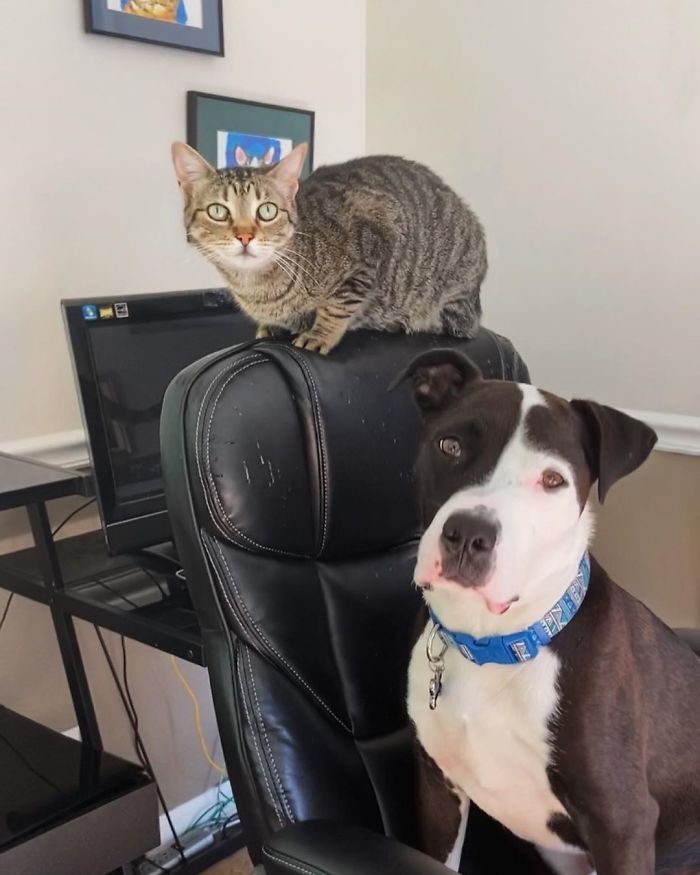 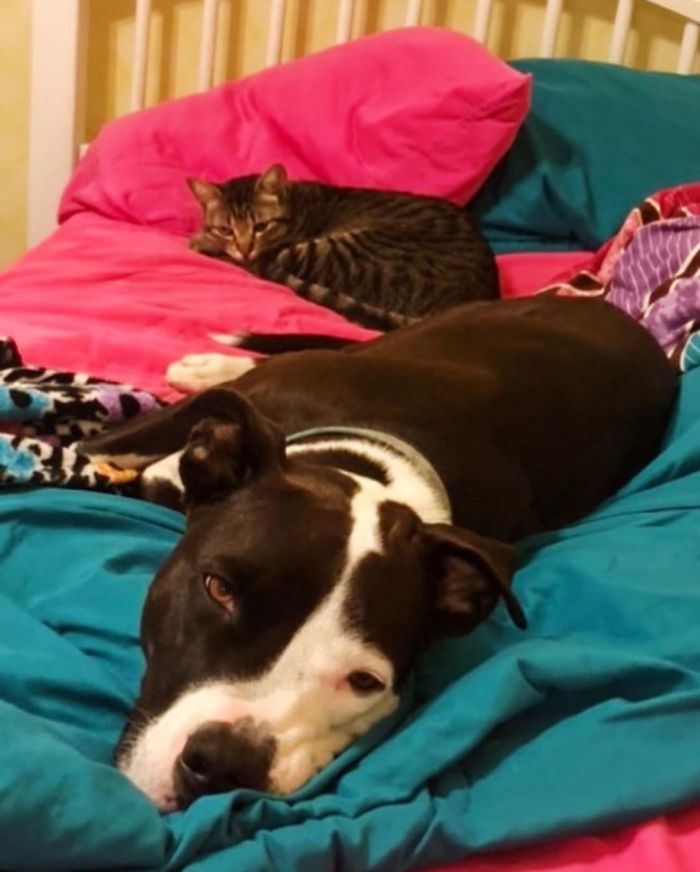 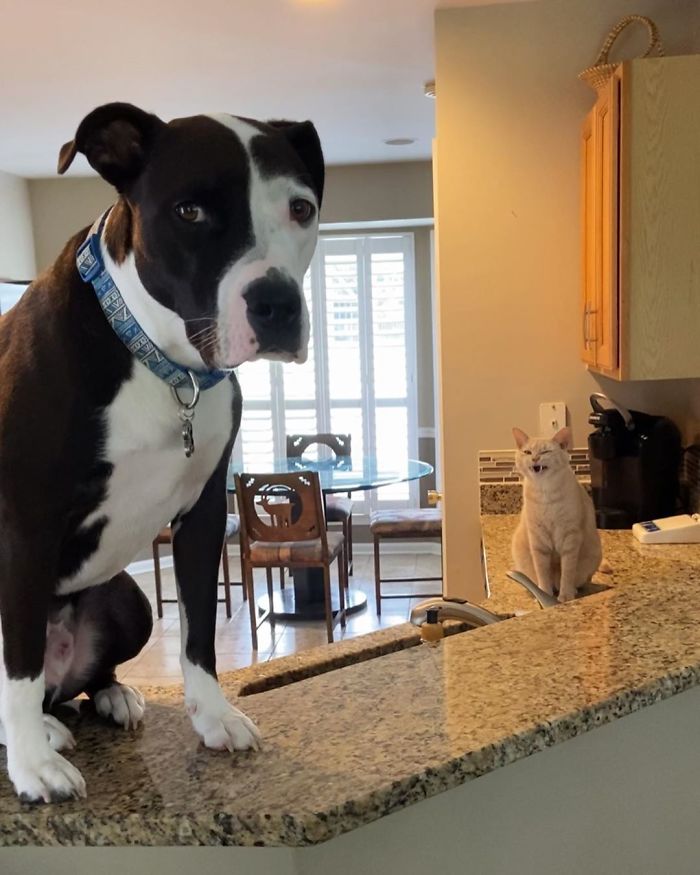 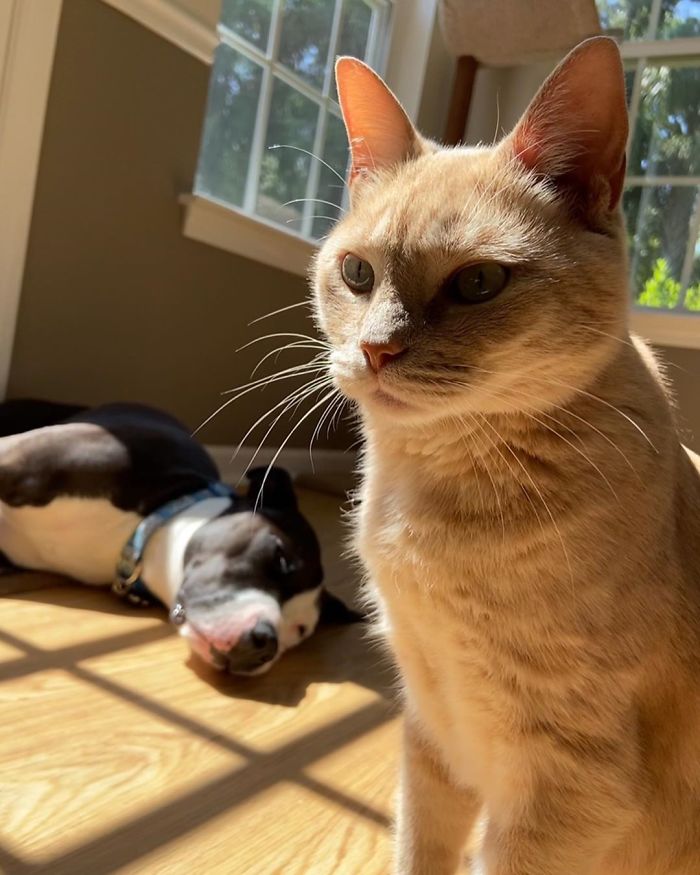 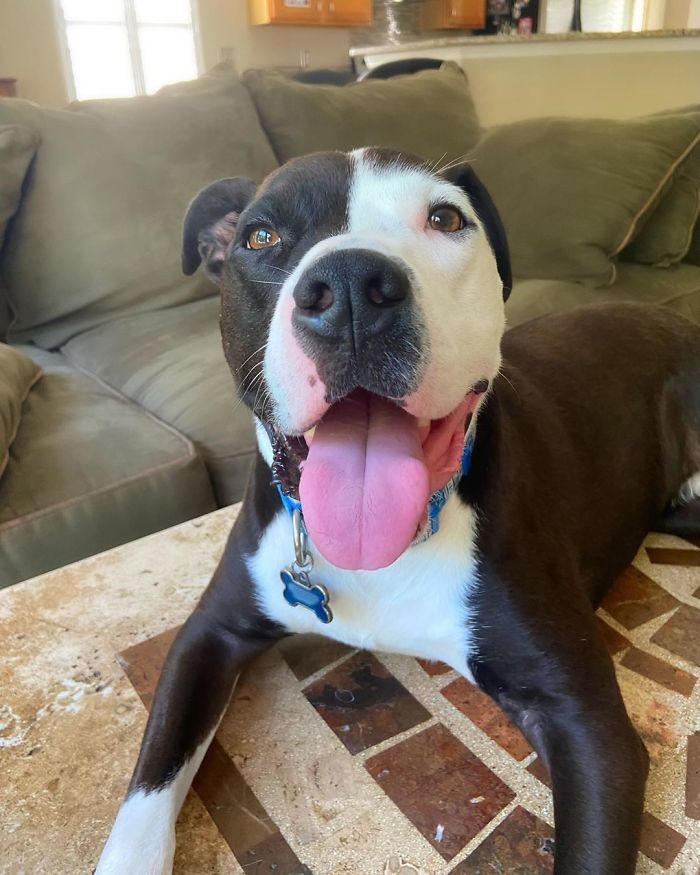 Here’s what people had to say after seeing this good boy: