Golden “Retrievers” are some of the purest mutts imaginable. Everything from their friendly personality to their majestic golden hair makes us just want to hug them and melt into them.

For this reason, we want to melt your heart even more. It turns out that a Golden Retriever named August from Oakland, Tennessee, has been in the news lately because she’s celebrating her 20th birthday, in context, she’s currently the oldest known living Golden Retriever known, according to a post by GoldHeart Golden Retrievers Rescue. 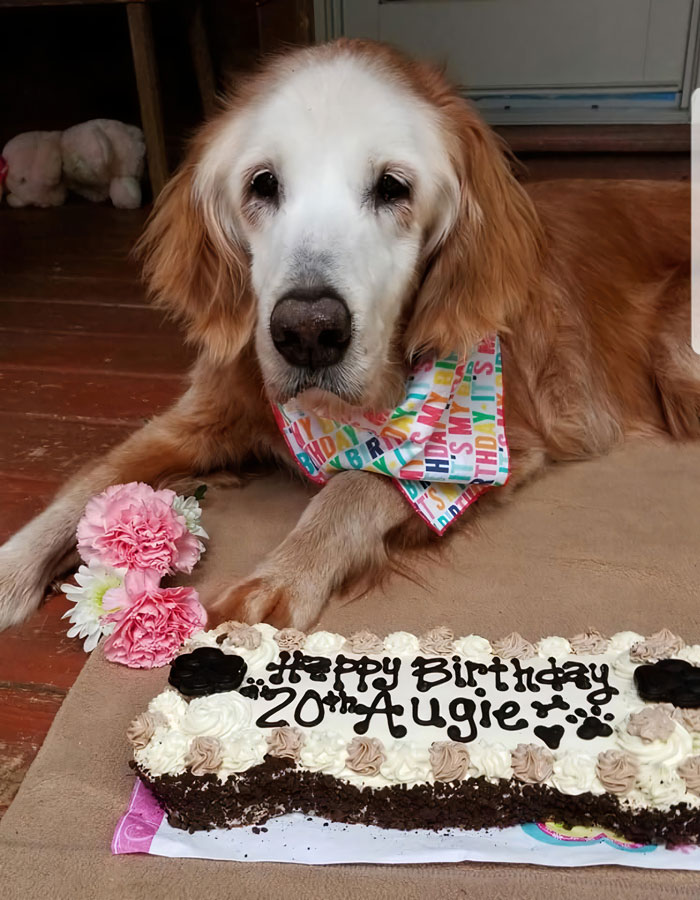 He meets August or Augie, whom he sometimes refers to affectionately. She is a Golden Retriever born on April 24, 2000, and during her lifetime she was relocated twice before finding her home in Oakland, Tennessee, along with her two human companions, Steve and Jennifer.

Augie was 14 years old when she was last adopted. Most tend not to adopt Golden Retrievers at that age, as the typical lifespan of such a dog is 10 to 12 years. Knowing enough that she is an old dog, the couple adopted her anyway.

Little did they know that she would continue to live for another 6 years to reach a highly venerable age of 20, and would become the first known Golden Retriever to age that much.

To celebrate this happy occasion, GoldHeart Golden Retrievers Rescue shared a post on Facebook. Along with the legend that briefly introduces August and congratulates him on his 20th birthday, the rescue also included several photos of the adorable puppy and how he celebrated his birthday. 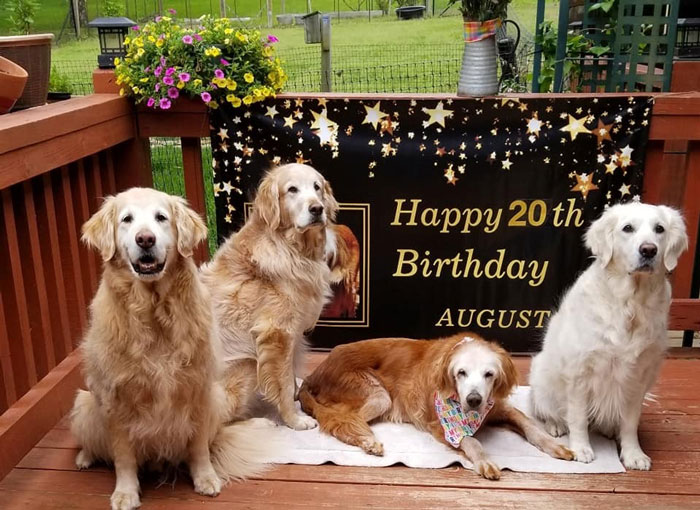 There was a huge banner printed and a delicious carrot cake made to celebrate the special occasion. He spent the day with his human companions and his puppy brothers Sherman, Belle, and Bruce.

For a 20-year-old dog, August is surprisingly healthy, Jennifer said. She has minimal trouble moving, with a little trembling when she first gets up, and enjoys daily walks on the patio. 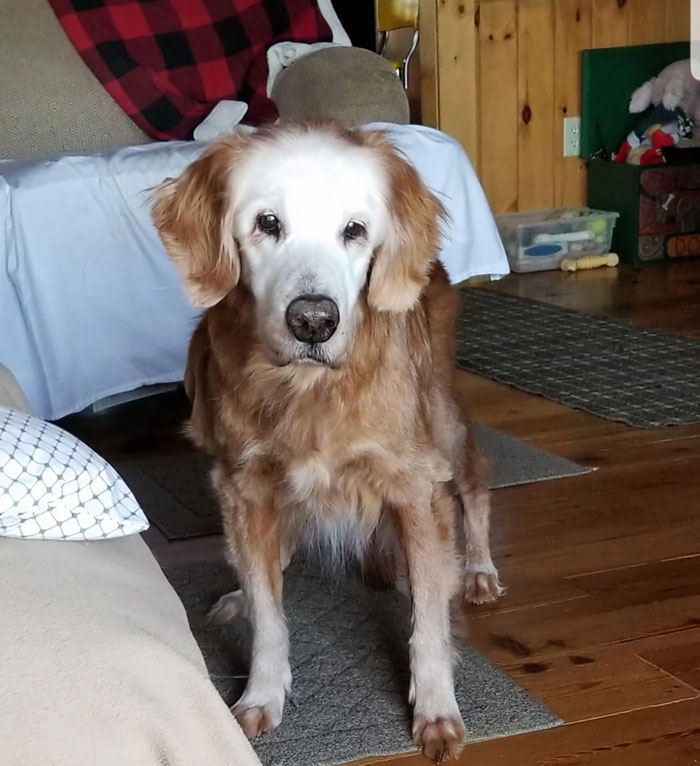 When she was 14, she was diagnosed with kidney problems, but since then she started eating a mix of wet and dry foods and taking some supplements to help mitigate the problem. 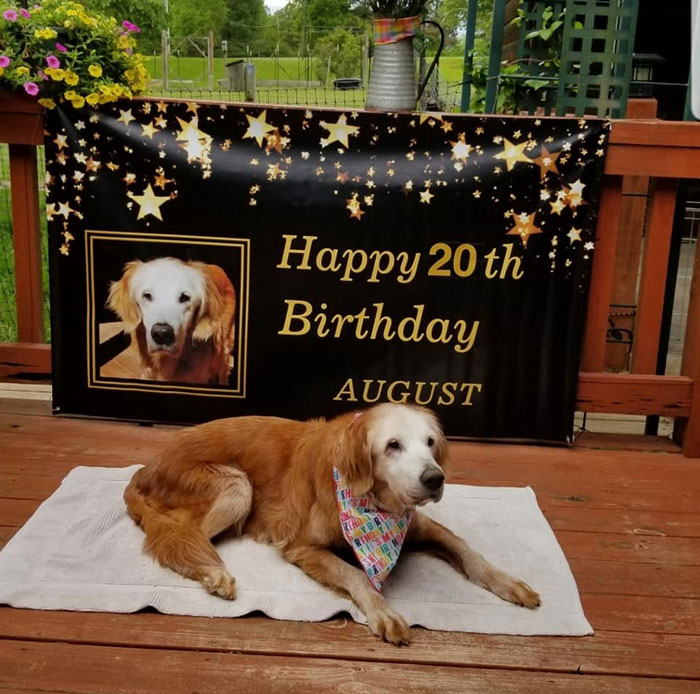 Now just think about it. This dog was born in 2000, Bill Clinton was president, Sony had just released Sony PlayStation 2 in Japan, Nokia 3310 was the best-selling phone, and movies like Gladiator and X-Men came out that year. That’s how old August is. 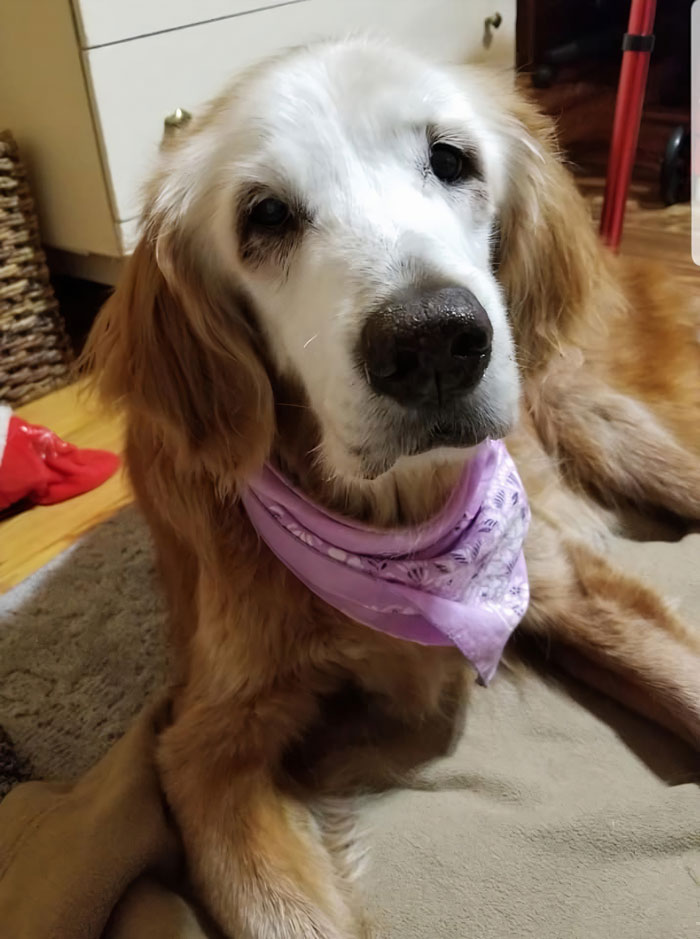 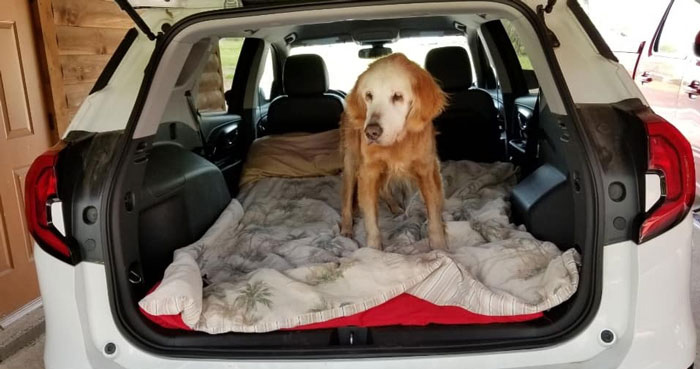 Facebook
Twitter
Pinterest
WhatsApp
Previous articleArtist Who Made People Cry With Her ‘Good Boy’ Comics Just Released A New One About A Dog, Says It Was Painful To Draw
Next article30 Reasons Sphynx Cats Are Great And Very Amazing