Blue dogs in Russia: Dzerzhinsk is a Russian city that is located in the Nizhny Novgorod region. In this area of ​​the country, specifically near an abandoned factory specializing in the production of acrylic glass and hydrocyanic acid, a strange phenomenon has occurred: blue dogs have appeared.

As explained by one of the people who was in charge of the building, its striking fur was due to the remains of chemical residues that were left in the facilities. Thus, your skin would be getting dirty with copper sulfate, a material that in contact with living tissue can cause inflammation and redness of the skin.

Blue dogs appeared in Dzerzhinsk. Dogs of an atypical color were noticed on the territory of the Plexiglas plant. Previously, hydrocyanic acid was produced there. The city authorities have already promised to take the dogs to the vet. They are likely to be stained with chemical residues 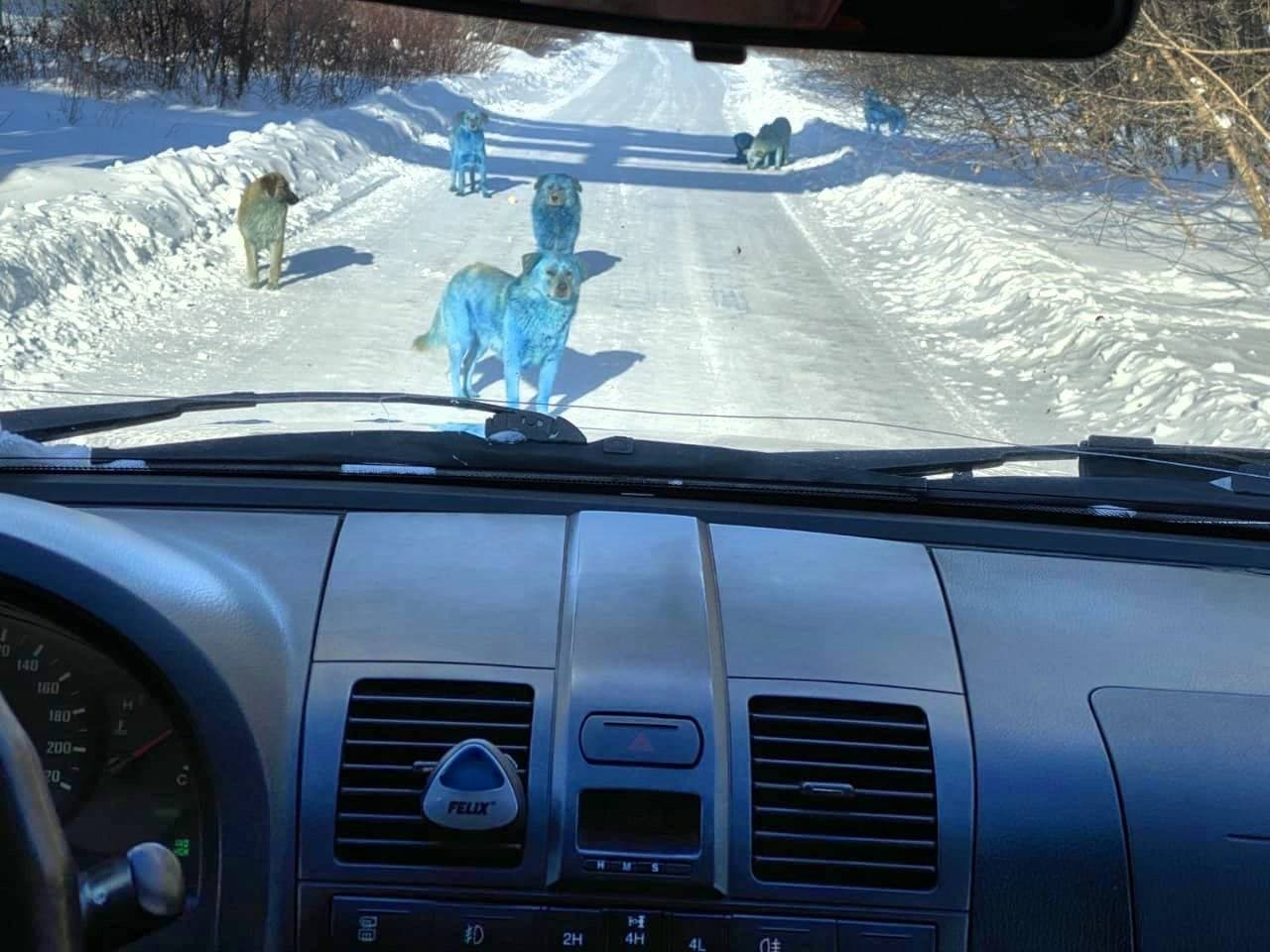 Once the alarm was sounded, the authorities have asked the factory managers to locate all the dogs and carry out an examination. With this test, its true condition can be evaluated, although some local animal protectors have ruled out damage beyond the change in hair color.

Dzerzhinskoye Plexiglas is the company that owns the land, but it went bankrupt in 2015 and since then its facilities have been abandoned. Despite the uproar, the former director of the chemical plant, Andrey Mislivets, declared in the Daily Mail that it was a montage. 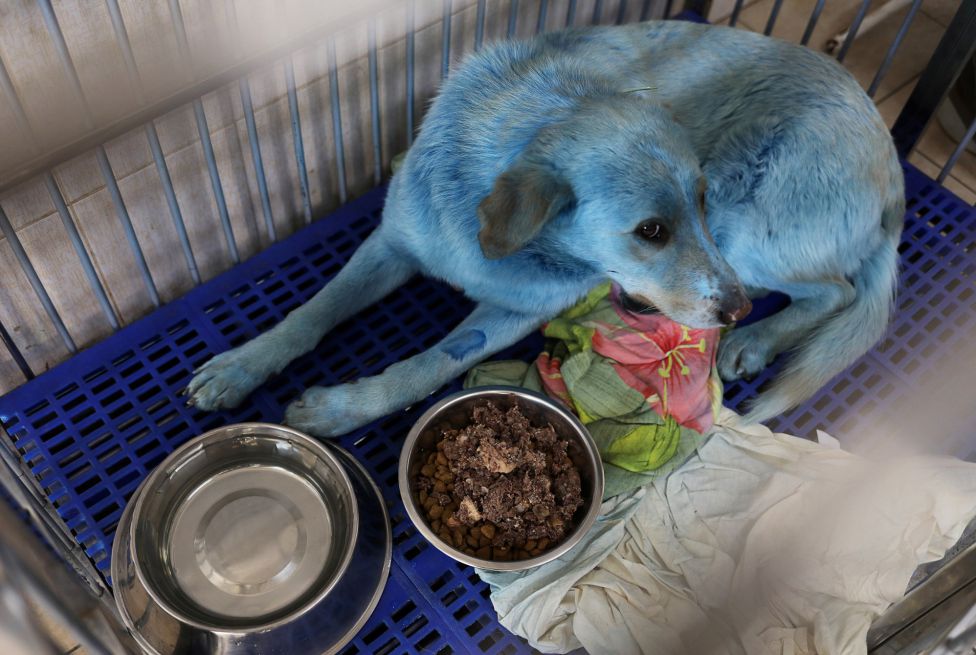 As stated in the British newspaper, the photographs are simply a joke. But that opinion is not shared by the leaders of the region, since they are convinced that the factory has a large amount of polluting substances and will enter in the next few hours to check its status.