Bats are animals that , in general, do not have a very good reputation . His appearance does not in itself invite you to approach him or utter an exclamation of “oh, how cute he is! In addition, in the cinema they always appear associated with the dark, the paranormal, the aban-doned, witches, vampires and other beings that are scary and supposedly attack humans.

Therefore, today we have proposed to change your opinion and prejudices about these beings . Surely you have never seen such adorable bats as the ones you will see below. Don’t miss them!

We are used to associating bats with diabolical beings, especially when we see species like these. 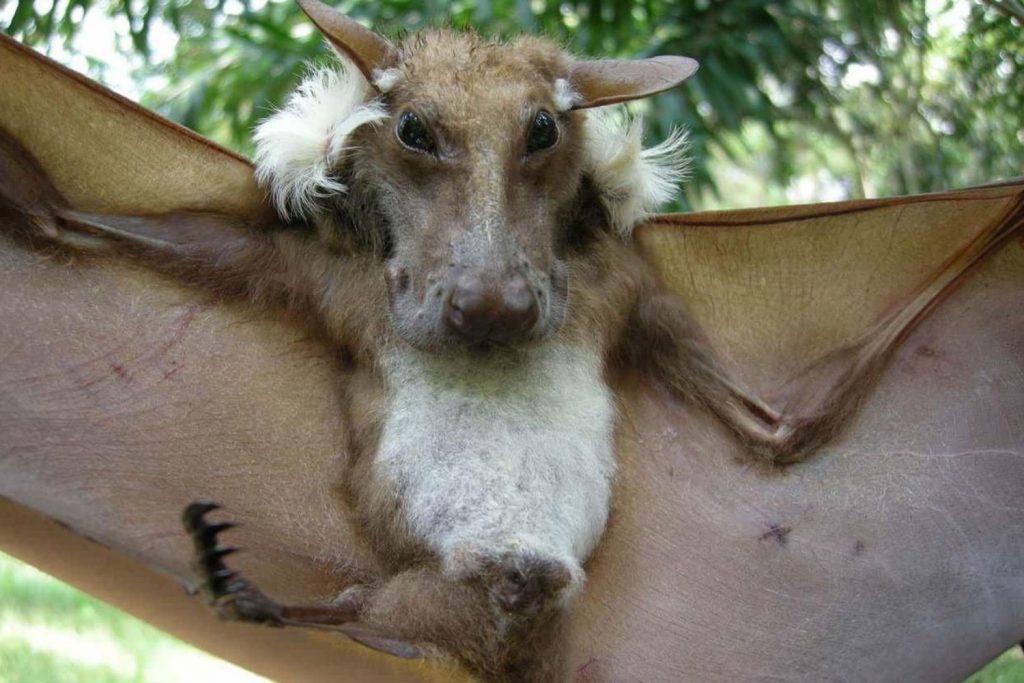 This bat belongs to the category of “megabats”, since each wing measures almost 10 cm, the head of the males measures more than 5 cm and they weigh almost 200 grams. They live in tropical and subtropical humid forests in Africa and as their habitats are being destroyed they are a threatened species. 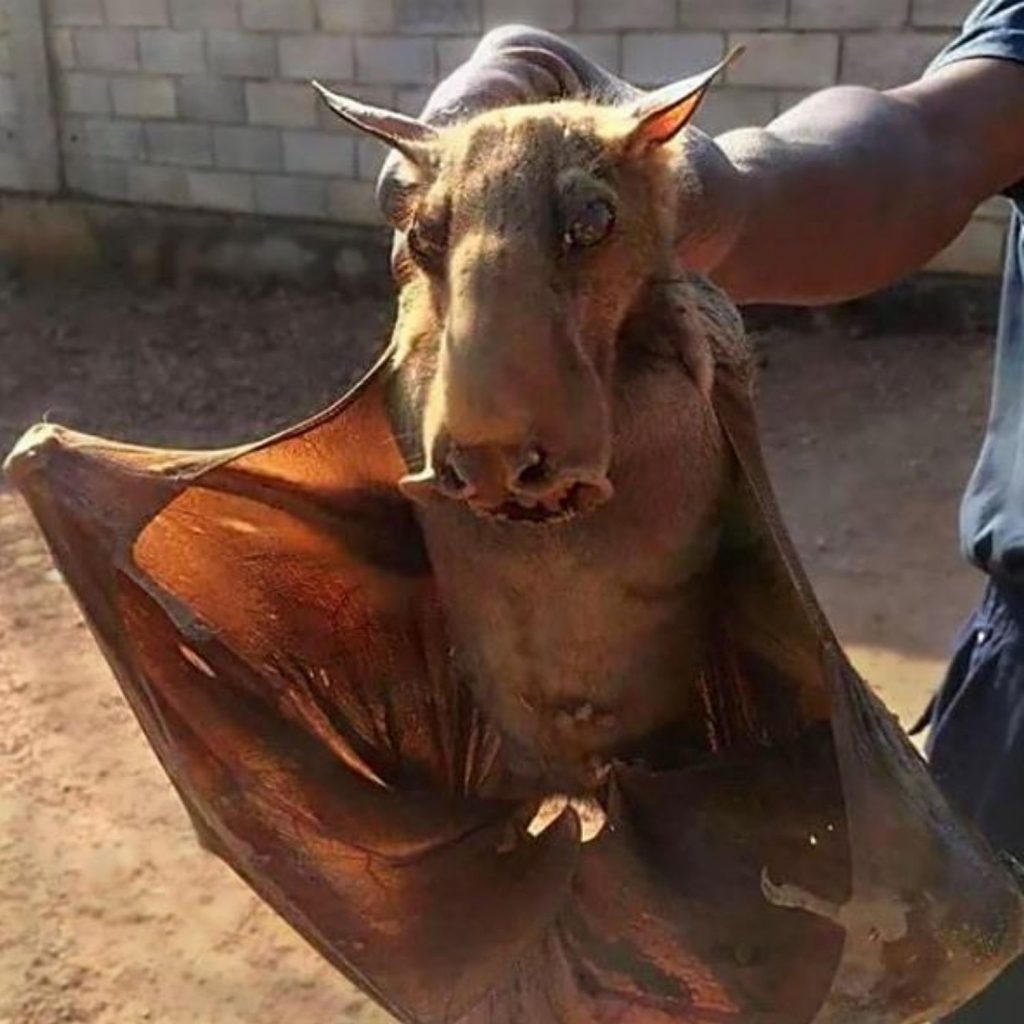 The scientific name of this tremendous bat, Hypsignathus monstrosus , refers to its monstrous appearance, but, despite what many people thought in networks when they saw this image, it only feeds on fruit . They can usually be seen in groups of five hanging from the trees of equatorial Africa . 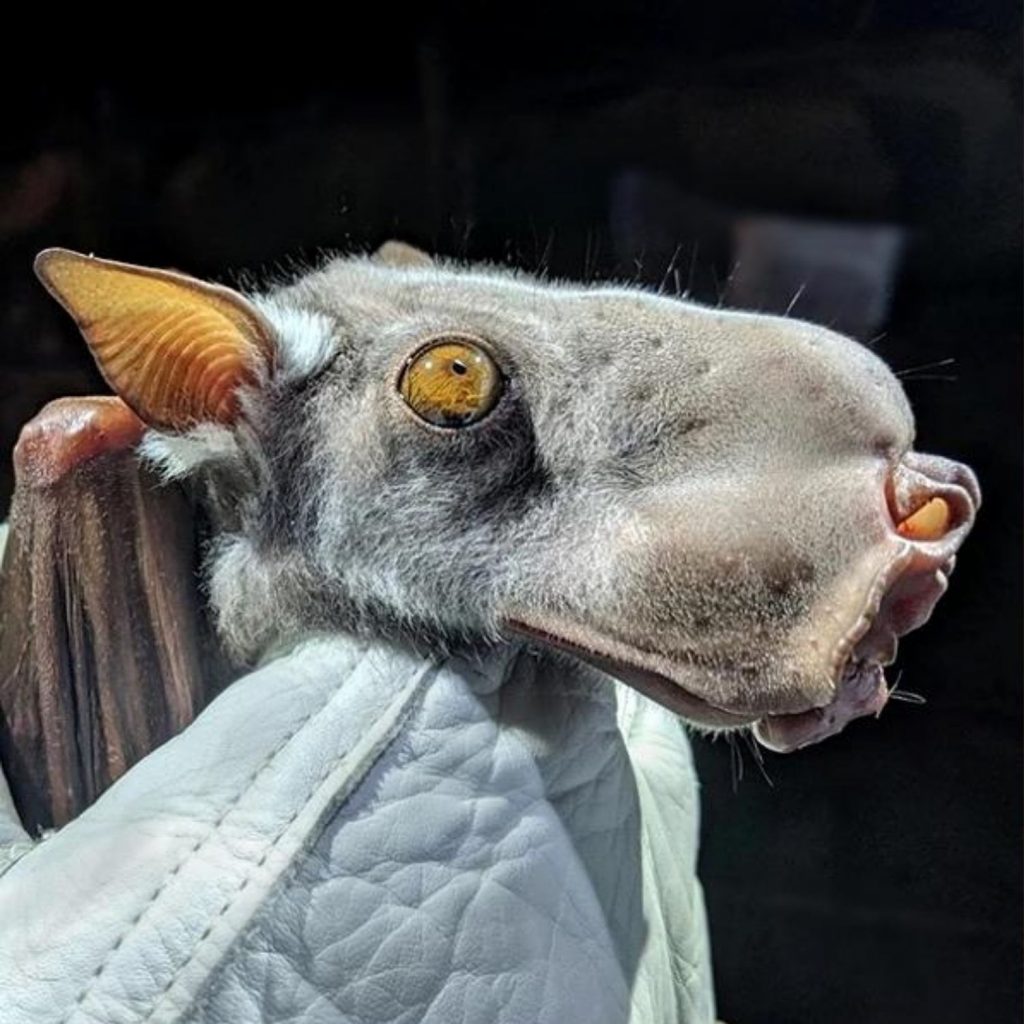 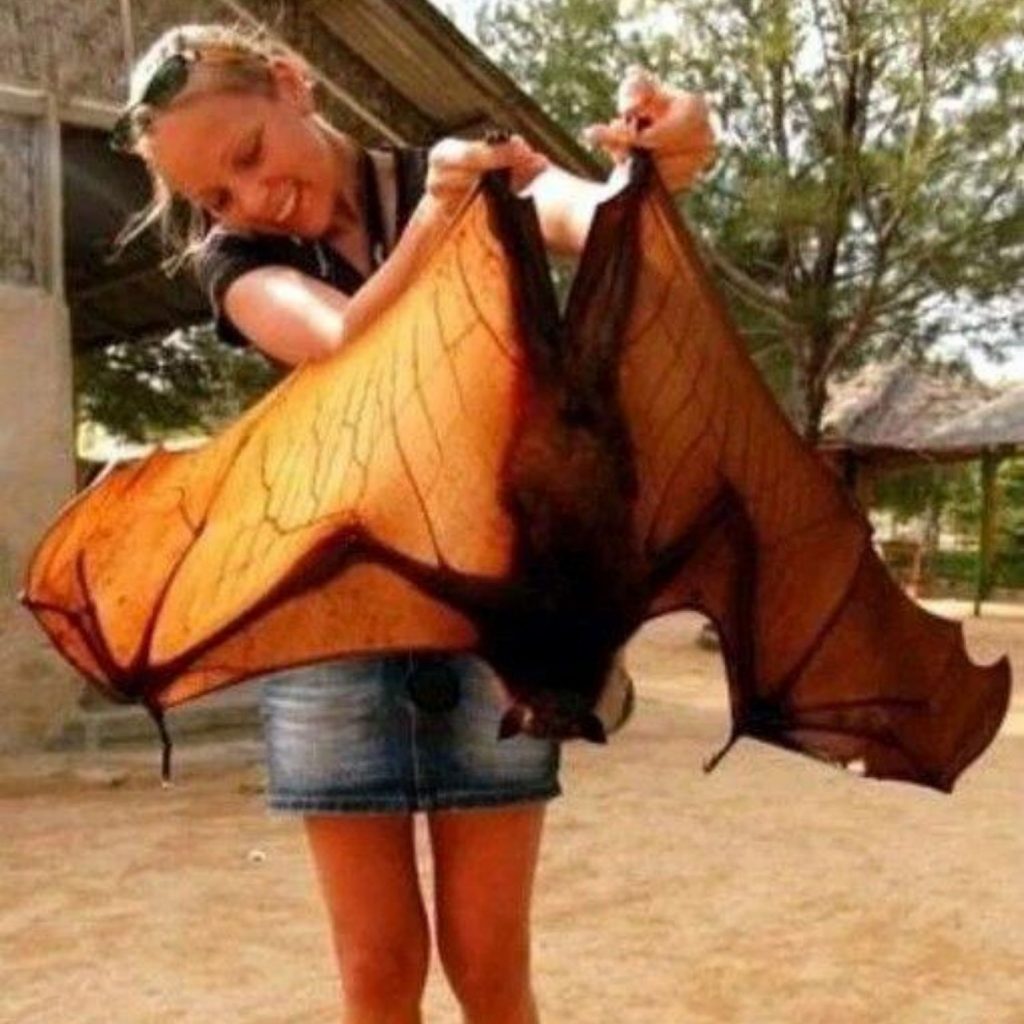 It is not surprising that this species of bat is scary, as it is the largest bat found so far , with a wingspan of one and a half meters. They are also known as “flying foxes” because of their long snout and pointed ears . It is primarily nocturnal and is also an important pollinator and seed disperser of many trees in the Philippines. 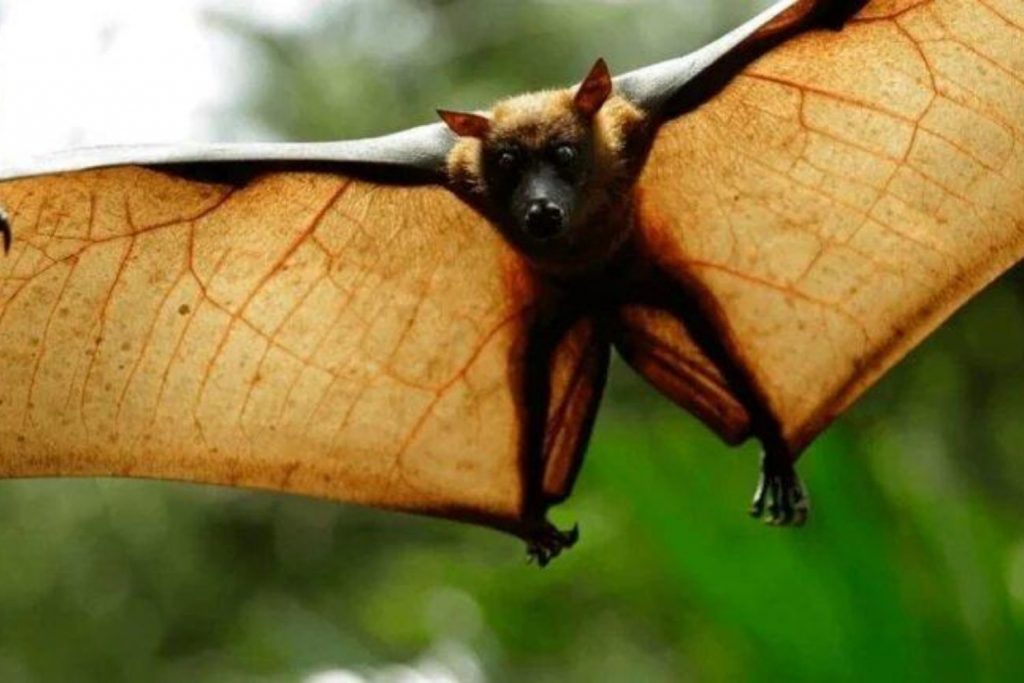 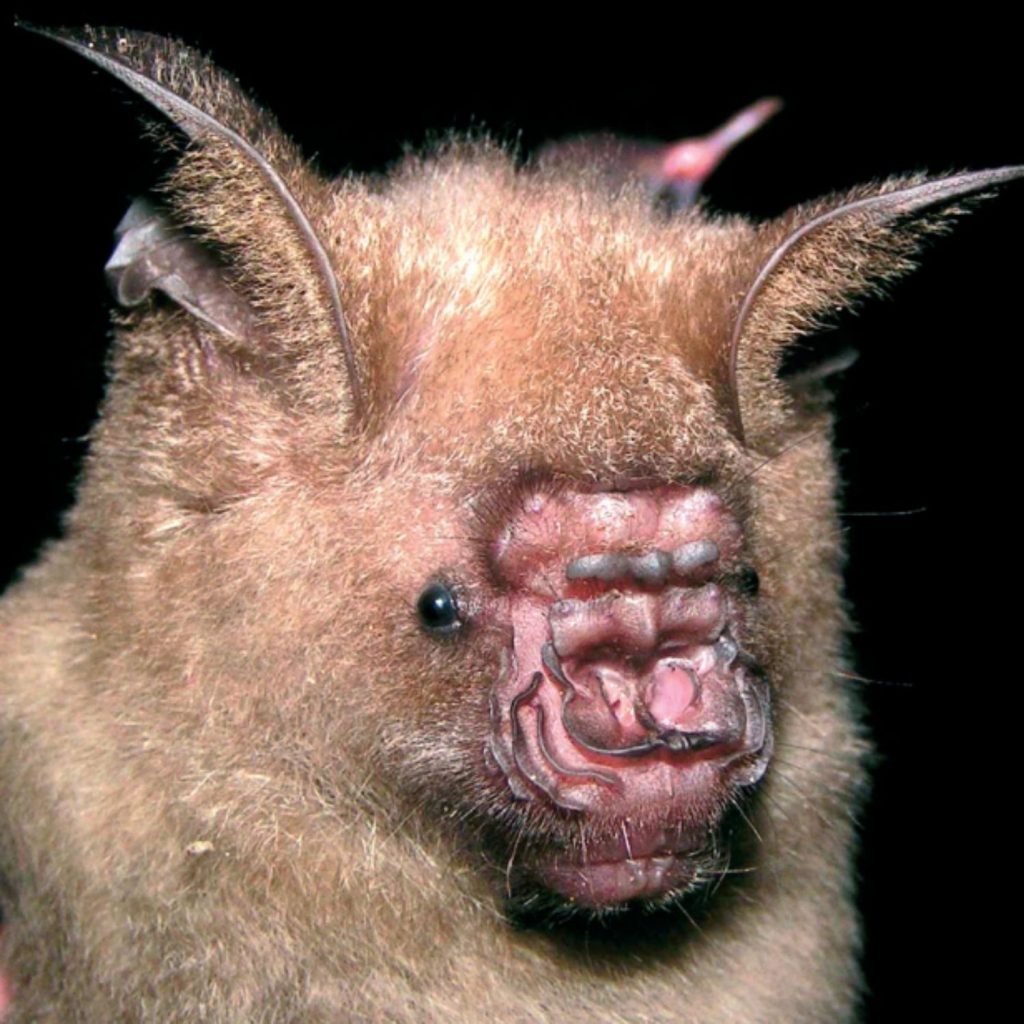 We absolutely understand that this bat scares you, it does not have a very sweet face. It lives in the limestone karst areas of Thailand and share caves with other species of bat. It is currently considered a vulnerable species due to human activity in its habitat. 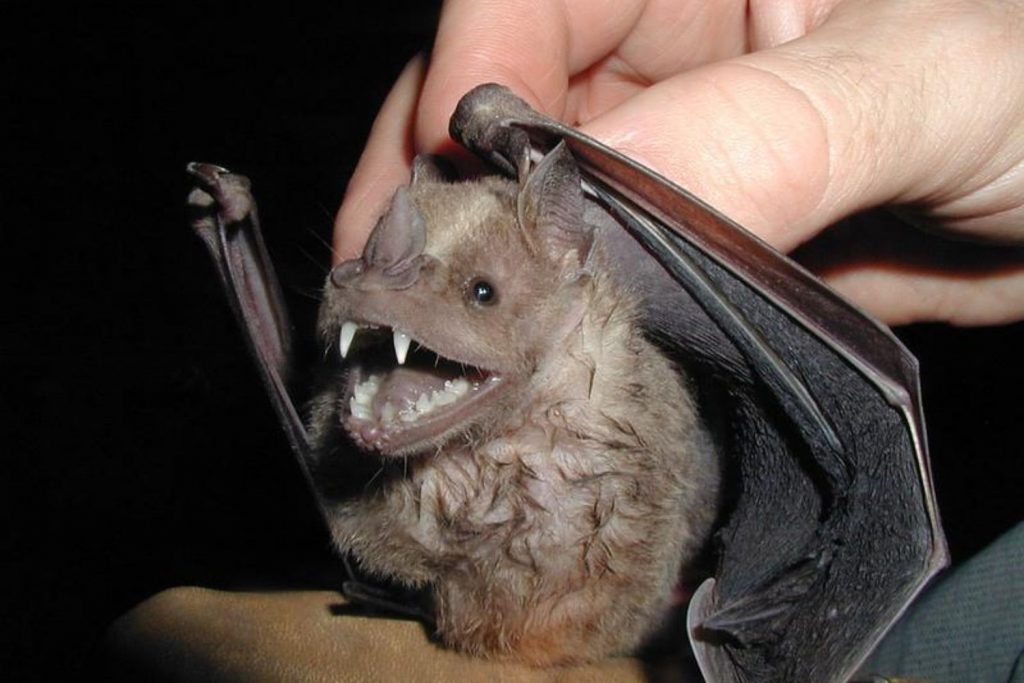 This small bat lives in South America and Central America and is the only species of its genus (ametrida). Its size and those tiny fangs make it look somewhat more tender than those previously shown, but it is still not the cutest thing you will see of a bat.

We can also be terrified to see them transporting their young.
If you have never had the opportunity to observe how bats transport their young , we leave you here a spooky example.

But can such an animal have a lovable side? The answer is yes.
After all these photographs, it seems difficult to fulfill our objective of removing the bad reputation of bats and making you see them with different eyes, but surely with the images that follow, more than one changes his mind.

They are adorable as babies
And if you don’t believe us, check out this adorable baby bat relaxing during his bath while he’s entertained with his pacifier . Who could say no with those little eyes?

How to clean a baby bat, for those of you who happen to have one. from gifs

There are even species that we would love to pet
These tiny 3-centimeter bats are the Honduran white bats . So small and with such soft white fur, it cannot be denied that they make you want to caress it.

In fact, they love it!
See how this bat enjoys human caresses. It even seems to smile! He likes it so much that he rests his head and closes his eyes .

People who know this tender side respect them
At the door of this establishment there was a small bat sleeping , so the owners put up that sign that said “bat sleeping. Please use the other door . If they had been scared or had a bad opinion of him, they probably would have kicked him out instead of respecting his nap. 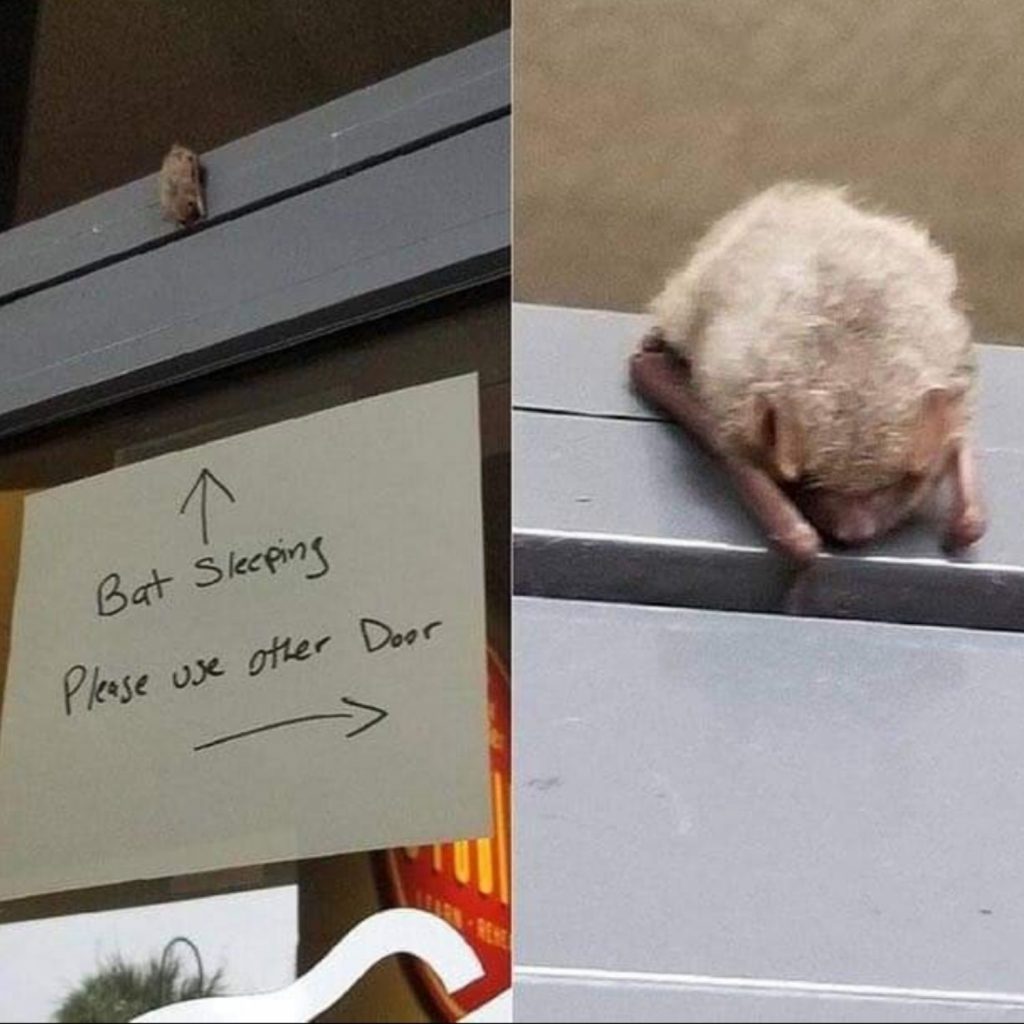 And they look more like us than we think, and if not, watch how they pee
This video is sure to provoke more than one laugh. It has to the detail of shaking when finished.

How a bat pees from gifs

We hope that the bad reputation of bats will change a little after watching these cute videos about them. There are certain ugly species, as everywhere, but not for that they pose a danger to us.