People were alarmed and concerned in California when they saw a hairless creature digging through the dumpsters and calling for a local rescue group. According to the United States Humane Society, “As they emerged they couldn’t believe their eyes: a young black bear… without fur. The bear was rescued and first transferred to the Fish and Wildlife Department of California, which in turn approached an affiliate of the[ U.S. Humane Society], The Fund for Animals Wildlife Center. He noticed after looking over the cat, that she had been coated in mange. Mange is a debilitating skin disease that’s caused by skin mites. The mange had spread across her body, resulting in complete loss of hair. 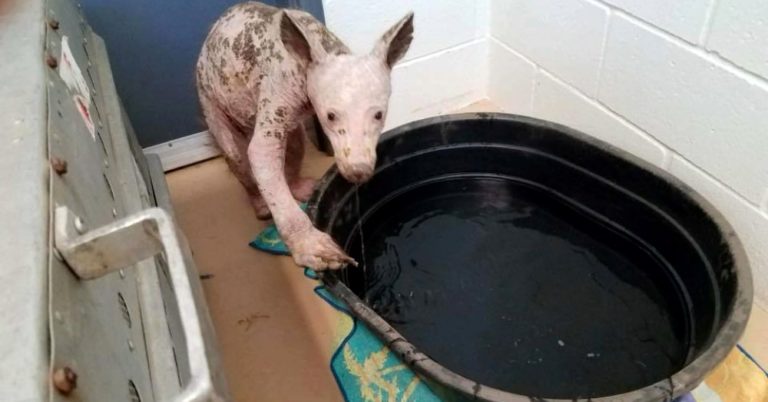 The bare bear needed help to heal at and a sanctuary. Two caring volunteers from California Department of Fish and Wildlife brought the bear to FFAWC on Christmas Eve, which they called Eve. FFAWC made the right arrangements for the bear within a sanctuary. We had to think twice about what sort of bedding and fabrics to use for her extreme case of mange.

We didn’t want Eve’s skin to get even more irritated. Mange is also very infectious, so they had to keep it as hygienic as possible. When Eve arrived at FFAWC she was put to heal in her own sanctuary. She quickly gained the volunteer’s hearts. Eve is on the way to recovery, but it’s going to take time. The staff is confident that she will make a full recovery. FFAWC will release her back into the wild once she’s completely healed. 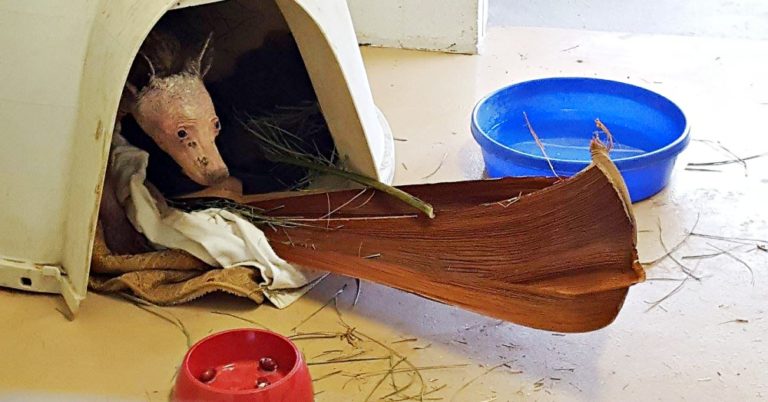 FFAWC staff posted on her rehabilitation, “Every day she explores her room and starts picking things for shredding and dragging into her igloo to create a nest for the evening.

She is enjoying her space and all the fresh fruits, particularly apples, until that time when she is released. She takes back every apple into her nest in the video. Thanks to all the volunteers who helped save and rebuild Eve. Check out Eve’s video at the FFAWC shrine below.

UPDATE: Eva is doing well and will live in a sanctuary for the rest of her life.