His name is Yaman, a 65 kg puppy that intimidates thieves. There are no thugs that escape to this duo. This man with his best friend, are responsible for catching criminals who roam their homes, in Chingford, northeast London, and already found the first. Özgür, along with his furry companion, Yaman, began neighborhood night patrols after crimes in the vicinity increased, according to Metro. When they went out to wander on their first day, they identified two subjects who wore hoods and after chasing them they managed to catch one of them, at 2:00 in the morning. According to the owner of this great Turkish mastiff, there was a man looking through the windows of the town, passing through the entrances of vehicles and checking the doors of the cars.

We started following him and after the sixth house, I tried to stop him. He tried to escape, but I said ‘don’t move, if you try to run, I will release the dog’. Then it stops. 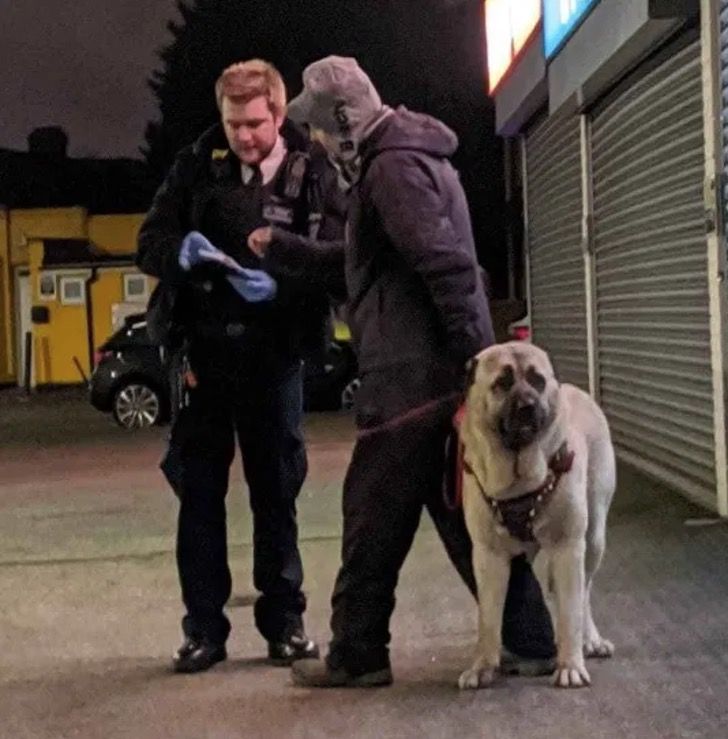 A driver passing by at that time helped Özgür call the police to stop the suspect. He commented that, although Yaman managed to intimidate the man, he is only a puppy of one year and 65 kilograms but has not yet grown completely. If the guy tried to touch me, Yaman would attack him, but otherwise, he would do nothing. My dog ​​is not dangerous. But I was scared because Yaman is so big.

After seeing a rebound in crime for his location, Özgür decided to go out with a dog to watch. He commented that he usually wakes up early, before 5:00 in the morning, so he takes advantage of those hours to wander around.

I see so much crime on Facebook pages that I decided to go for a night walk with my dog. A couple of times I have seen the boys with the hoods but they escaped. I could not catch them. This time I was very quiet, the guy did not see us and did not escape