Cats are so adorable that we sometimes get overconfident and forget that they are descended from big cats like lions and panthers. Well, there is a subreddit called ‘Murder Mittens‘ where people share photos of their cats about to “kill” them (with love, surely).

From kittens showing off their tiny blades to huge furry ones boasting sharp claws, get ready for some surprisingly adorable photos despite the danger they pose.

So take a look, vote for your favorites, and share a photo of your own cat’s “killer mittens” in the comments if you want. Don’t forget to take good care of your cat’s nails and visit r / murder mittens. They already have 140,000 members, but they sure would like to have more. 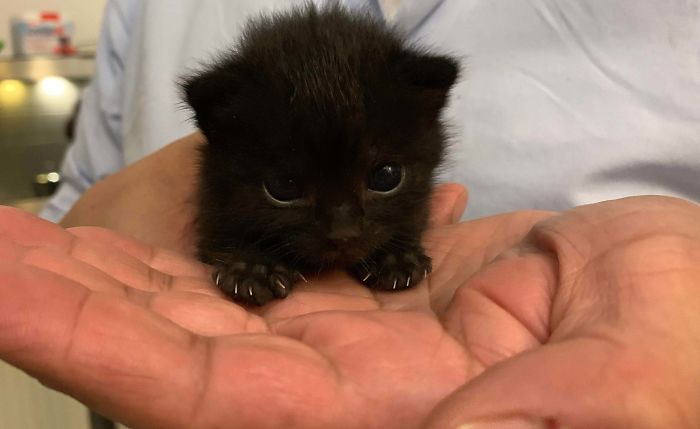 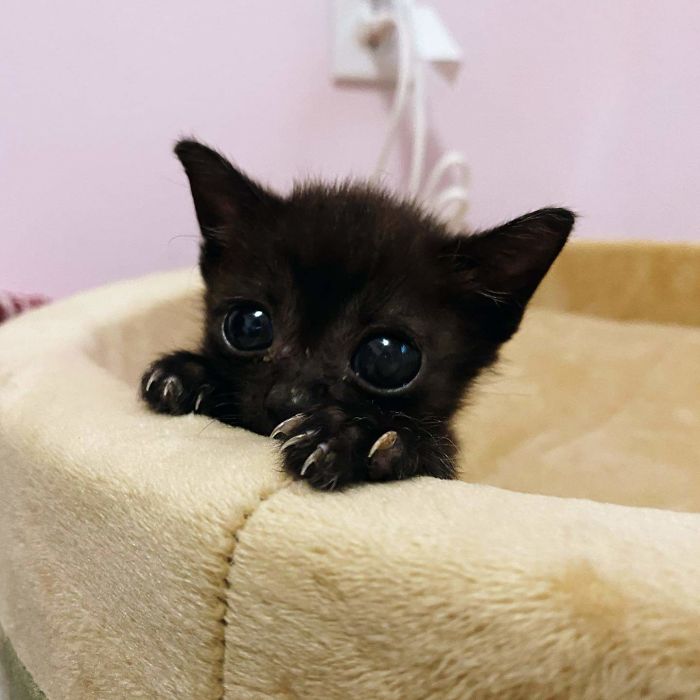 They do not recommend removing the cat’s claws, and in fact, it is not allowed in the United Kingdom, as well as in other European countries and Brazil, Israel, Australia, or New Zealand.

“Doing so is unethical, and it is an act of mutilation, modifying the cat for our benefit,” so as not to scratch the furniture.

#4 My favorite photo from when I was a baby 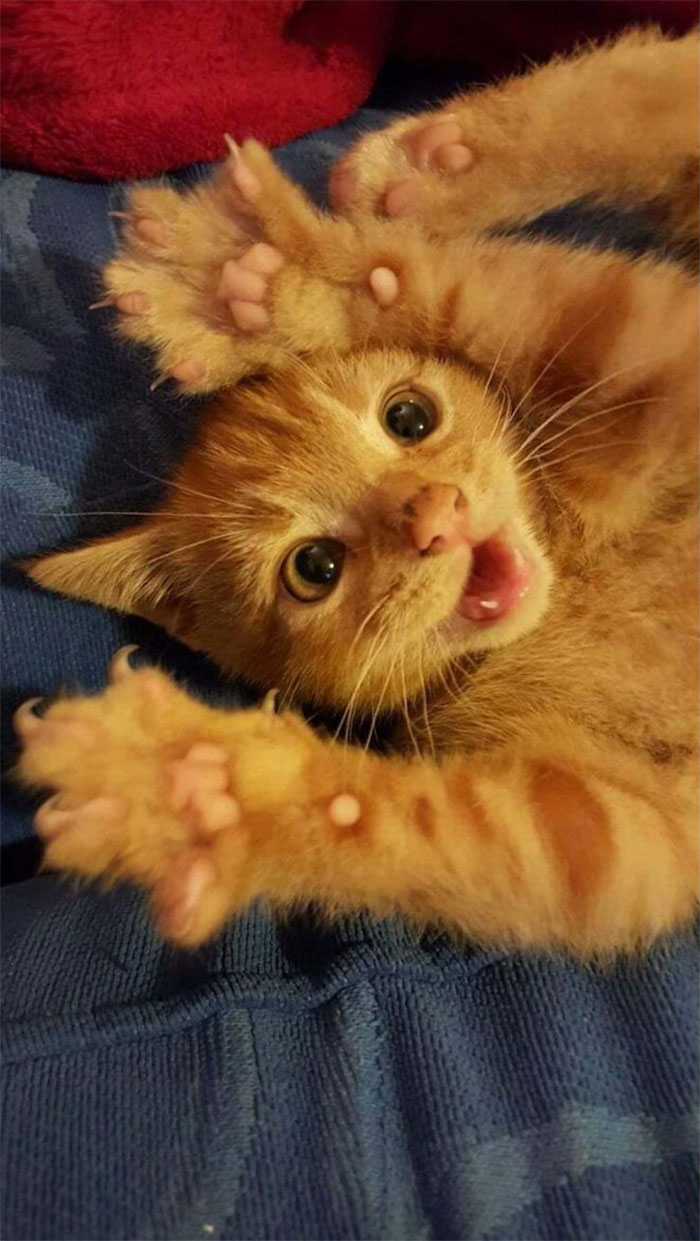 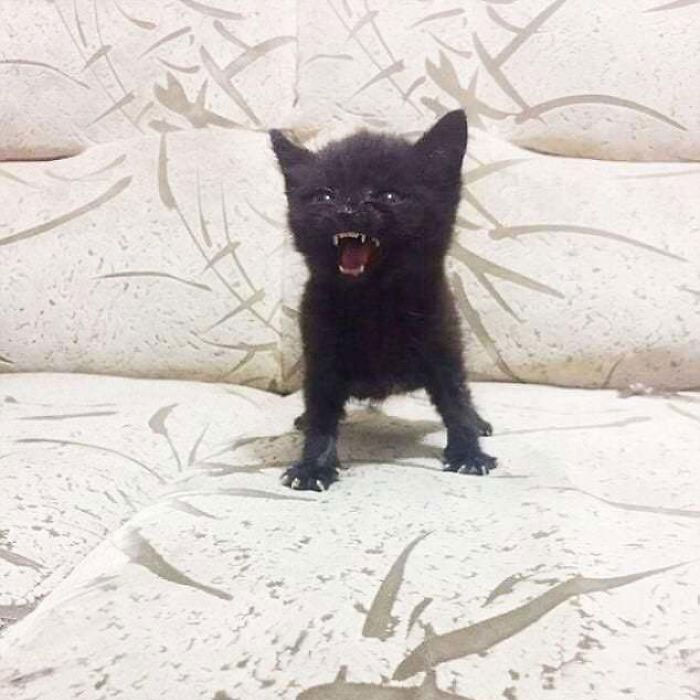 #6 The deadly embrace of blackness 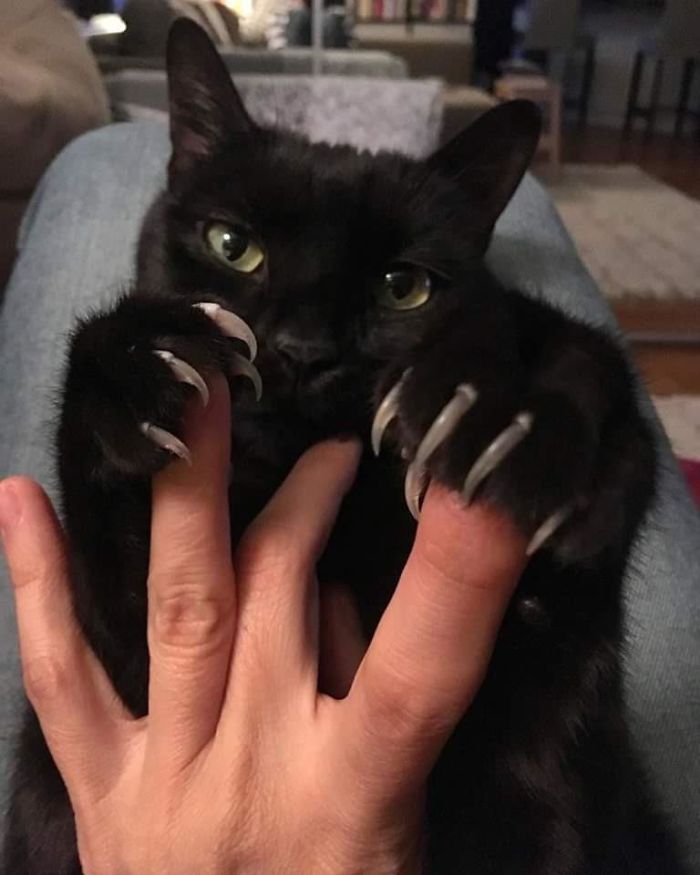 Cats without claws have a higher level of cortisol (the stress hormone) associated with pain.
The procedure is often not done correctly and leaves painful bone fragments.
Cats continue to feel pain after the procedure as part of their weight rests on the “fingers”. After removing the claws, they have to support the weight in a different way.
When they scratch things, they also deposit pheromones, to mark their territory and make their surroundings familiar, which reduces their stress. Outdoor cats find appropriate surfaces to scratch,” so it is normal for them to do so, as it keeps their claws sharp.

#7 When his claws are not enough 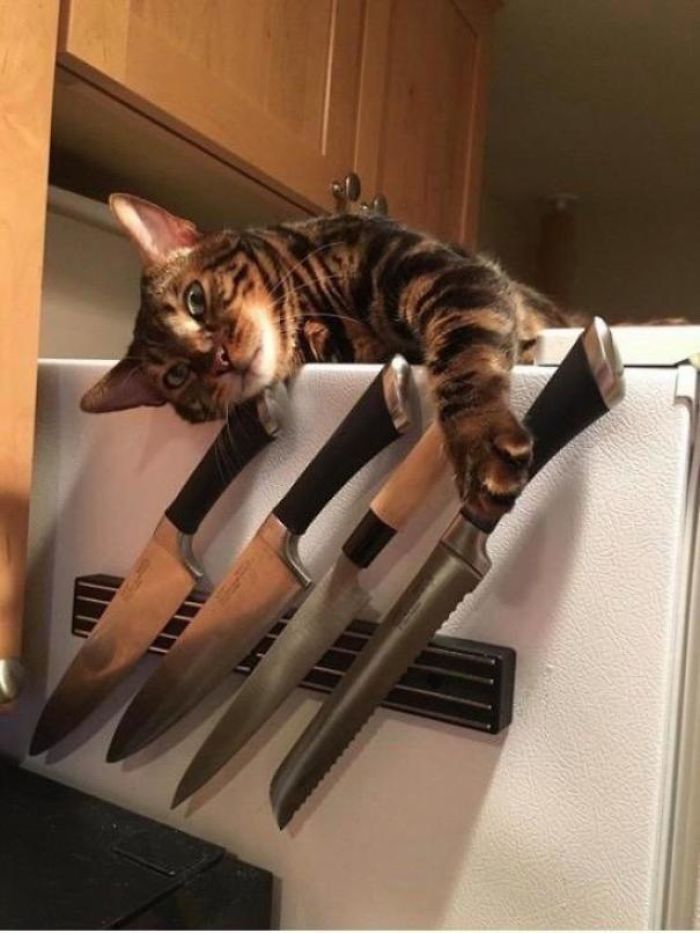 #8 Claws and an extra tooth 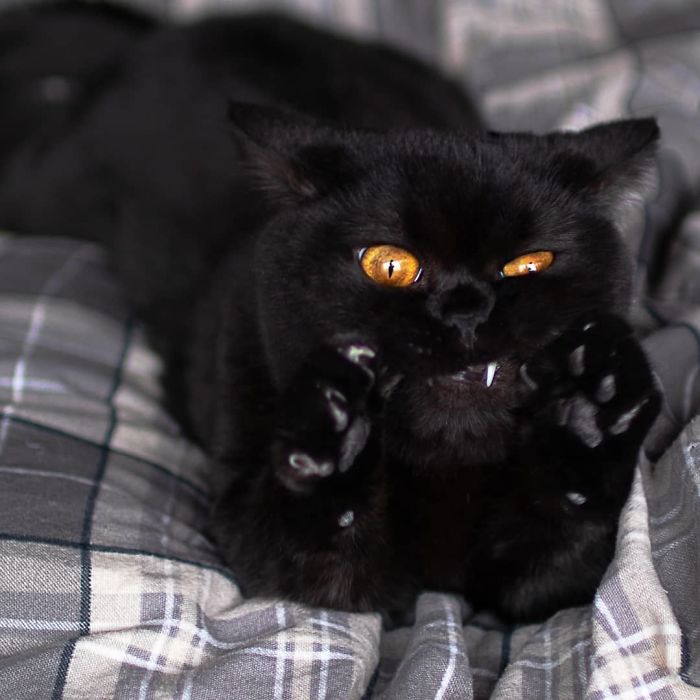 #9 Squeeze the little leg and they go out

Here is what you can do if your cat scratches furniture:

Protect them with thick plastic panels, which they don’t like scratching.
Put a scraper next to the area where they have been doing it
Choose a scraper with a heavy and stable base, and high enough for the cat to stretch.
If you prefer to do it horizontally, there are also.
When your cat gets used to its scratchers, you can gradually and covertly move them to more convenient areas and remove the plastic panels.

They often stretch and scratch when they wake up, so you can put them close to their bed. One for each cat, to avoid conflict. You can also lure them to the pole with catnip. And playing with them often during the day will help redirect their Energy.”

#10 With membranes and everything 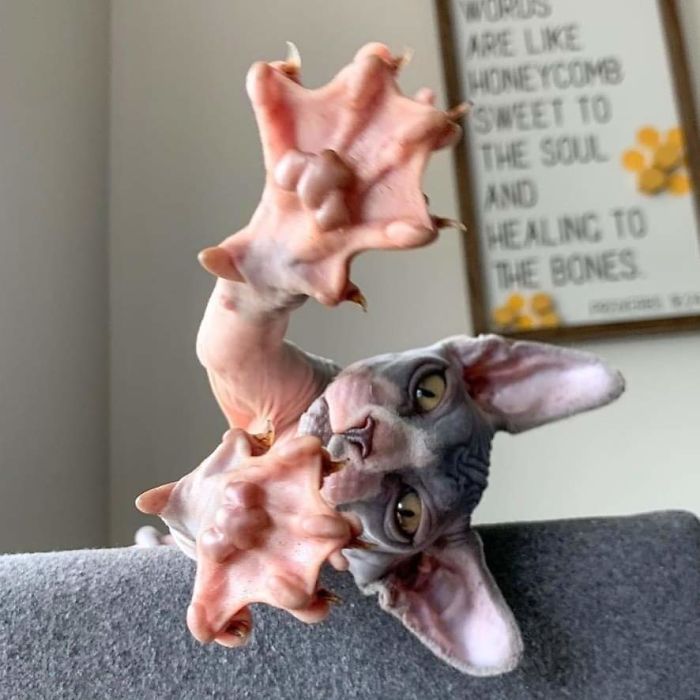 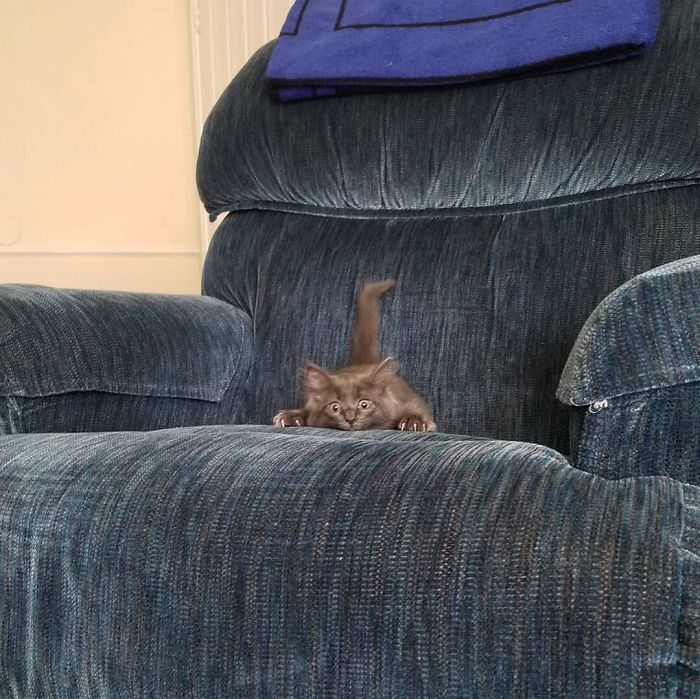 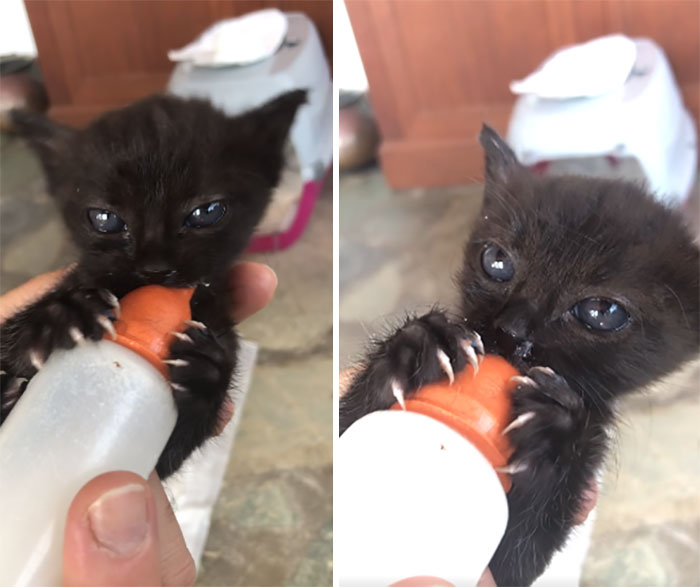 Therefore, they would scratch less and their claws would become long and thick. In some cases, they grow so large that they affect the cat’s walking and it becomes painful. They can also grow around their paw and get infected. It is important that the vet cares for the nails of older cats every 6 months. 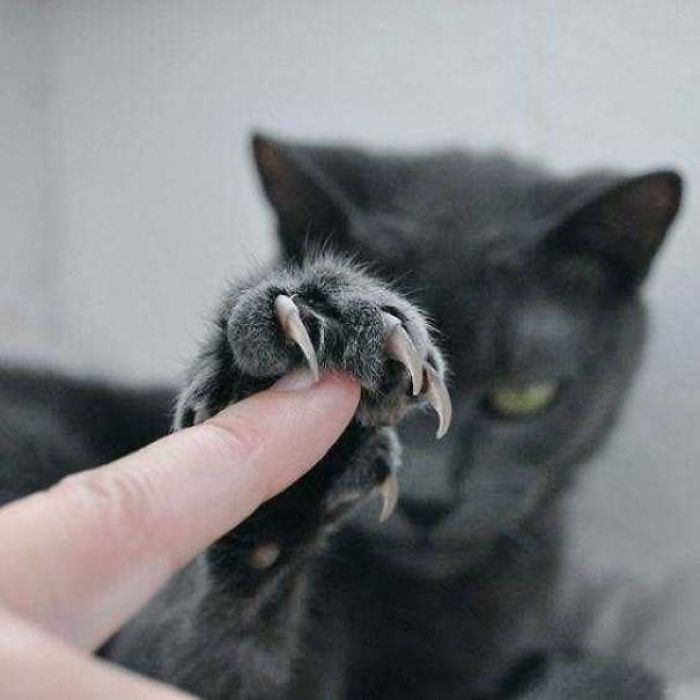 #14 It runs through everything 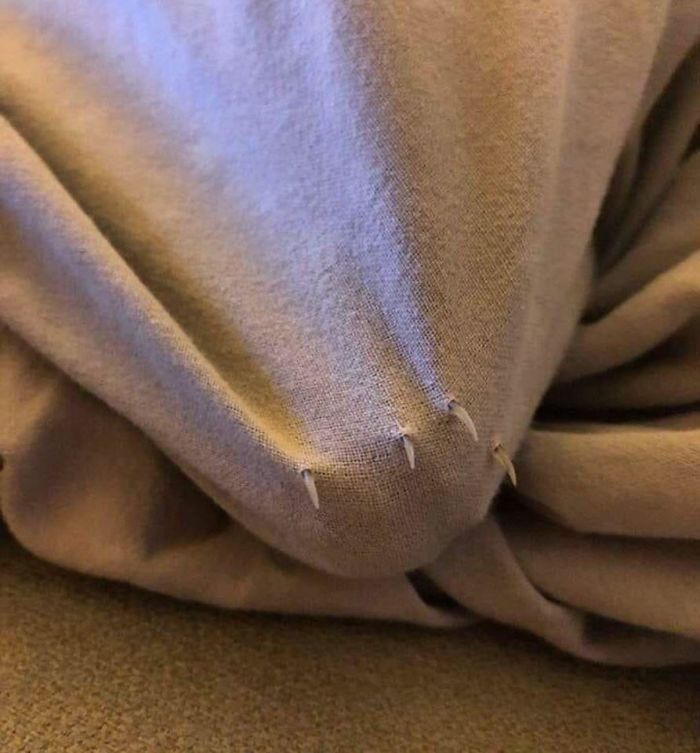 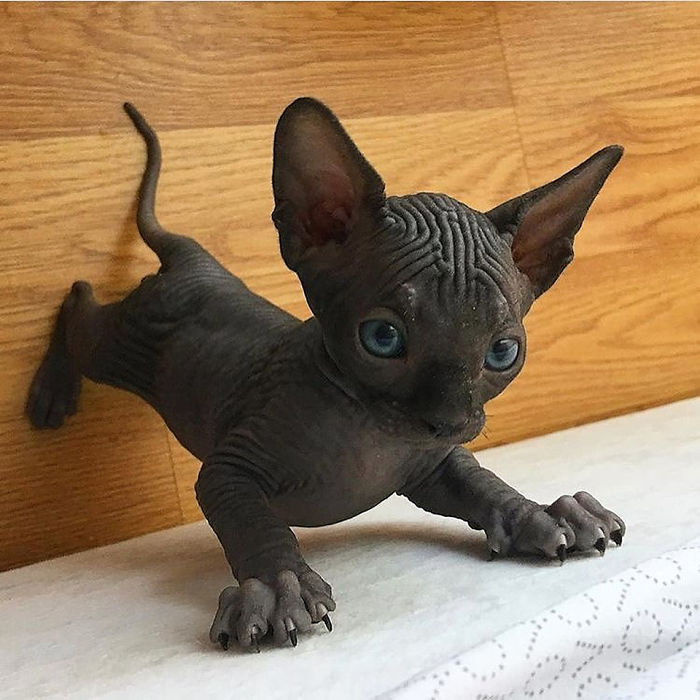 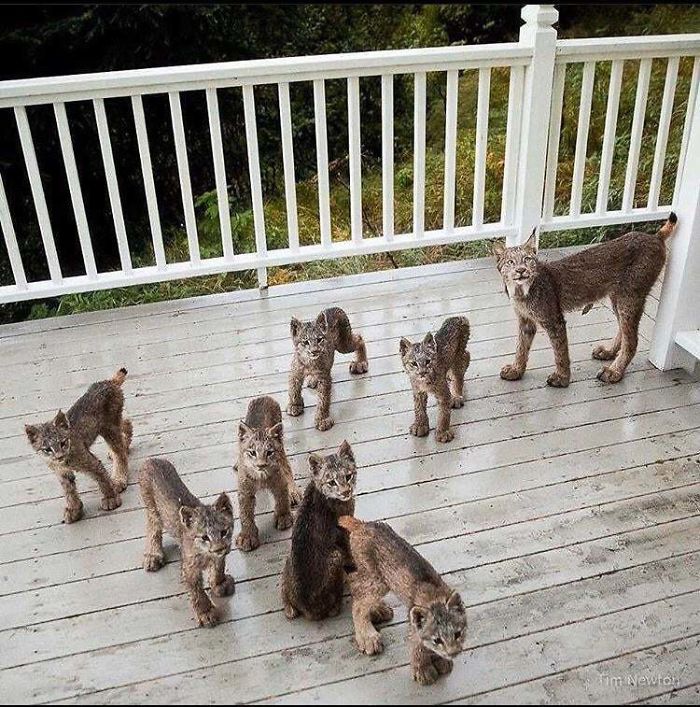 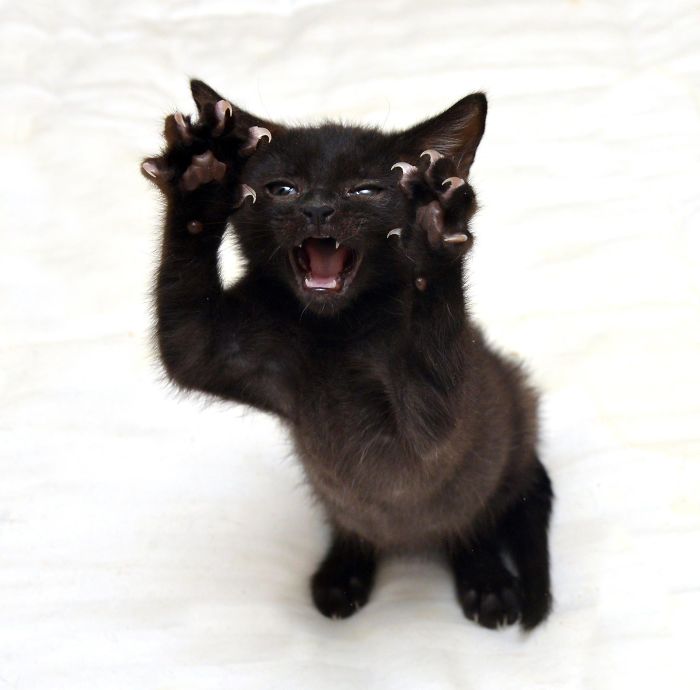 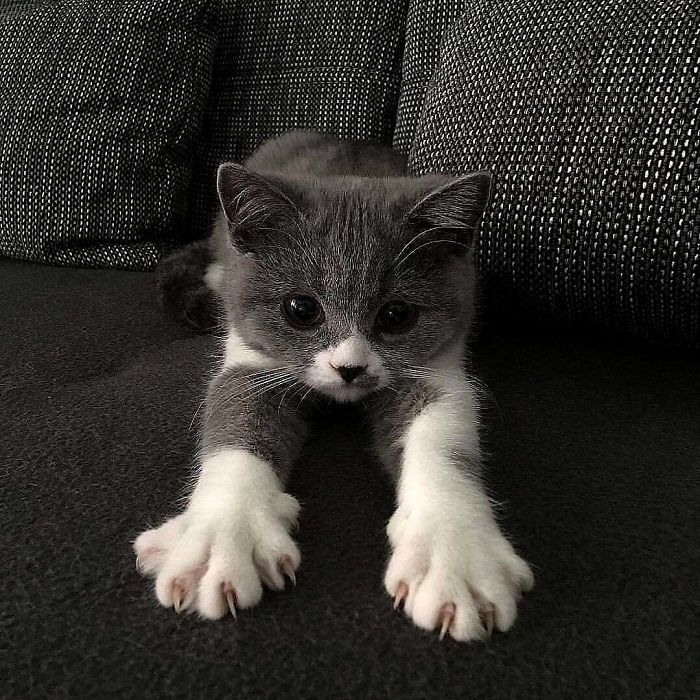 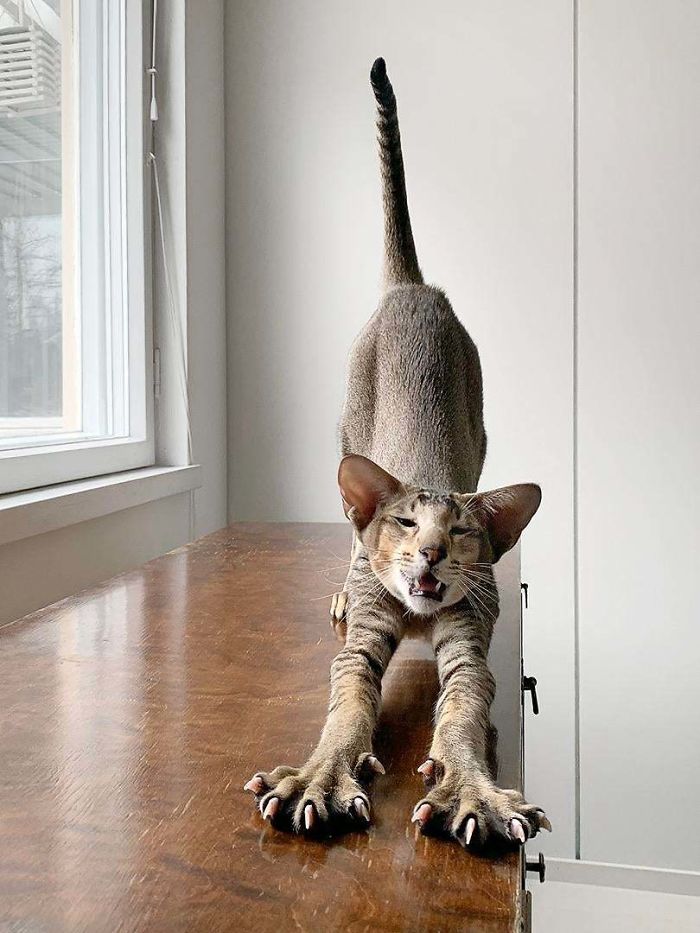 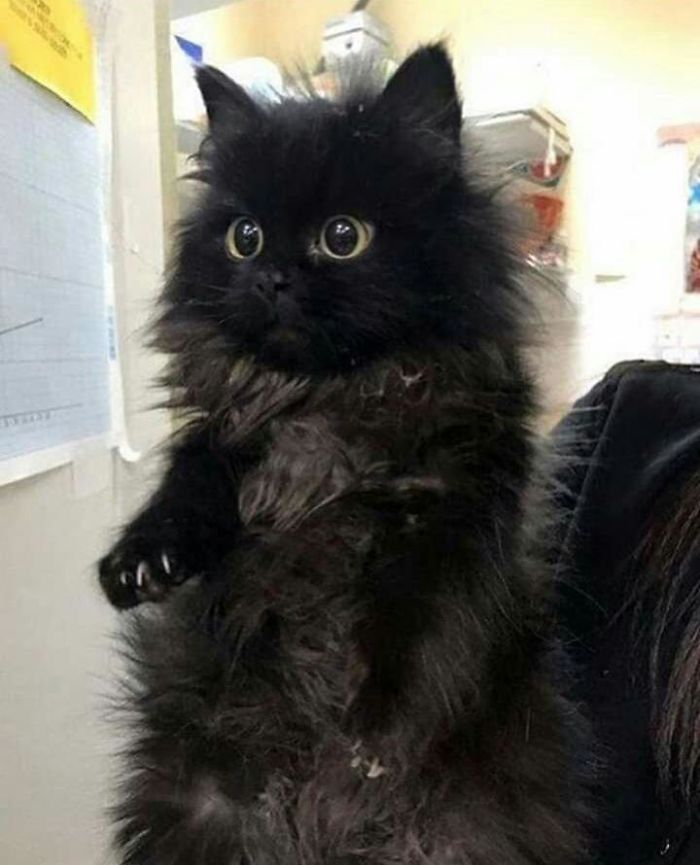 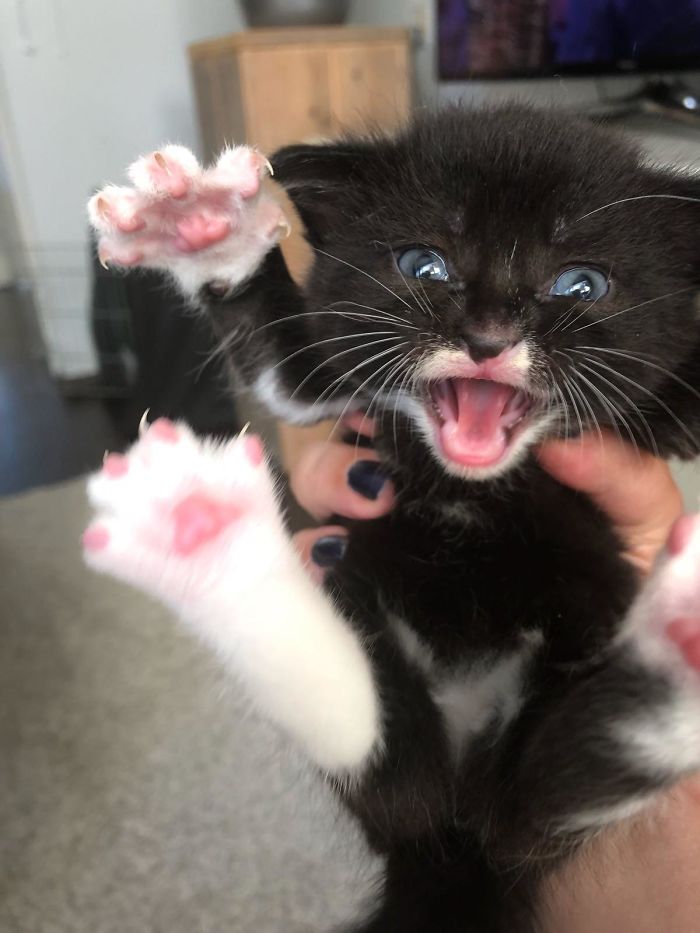 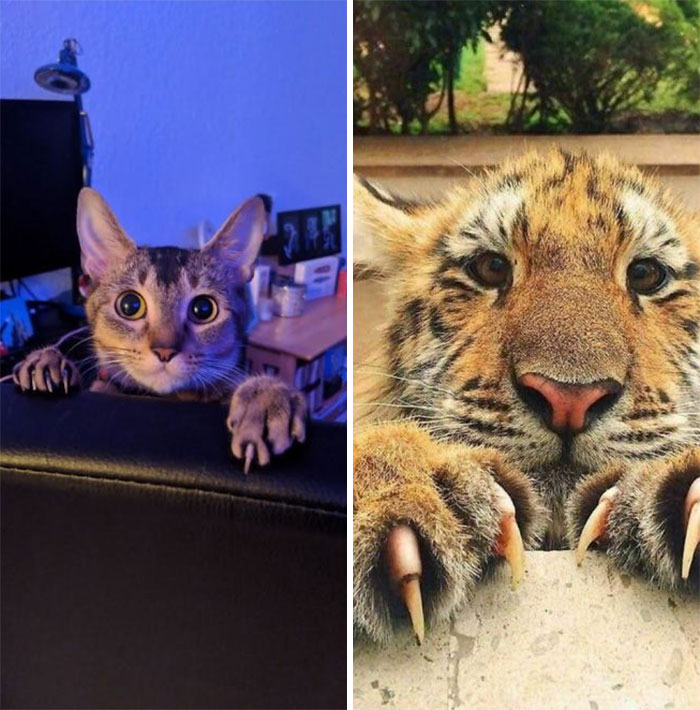 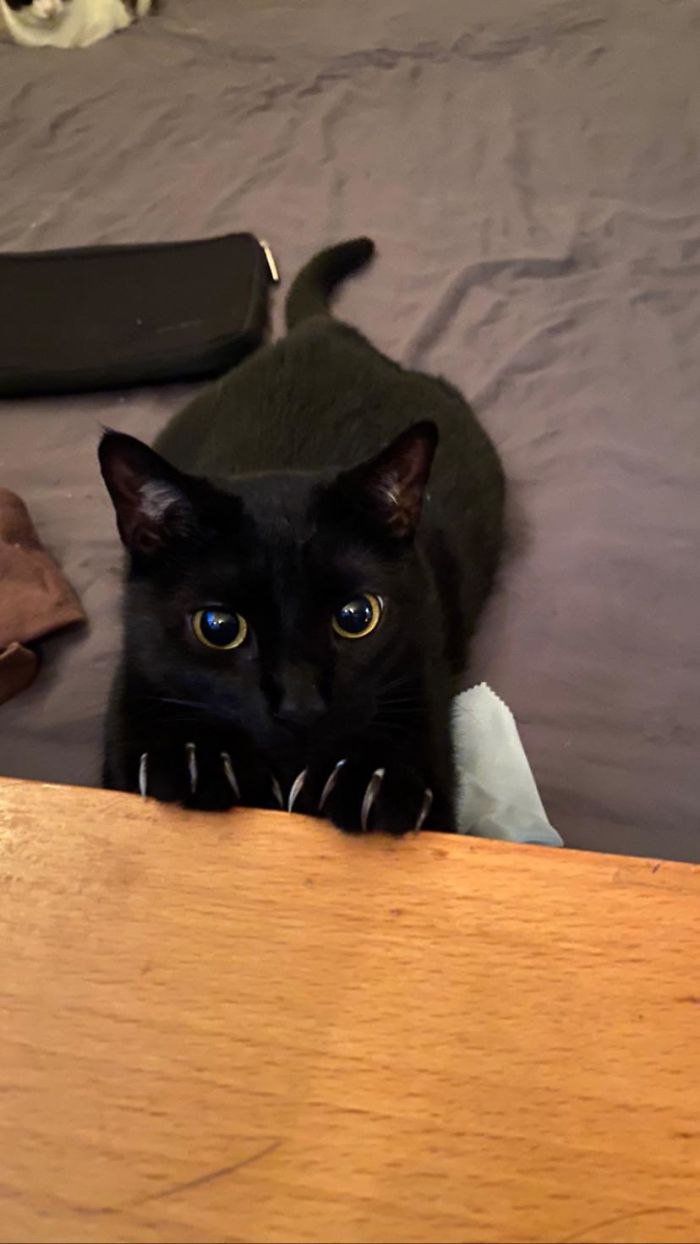 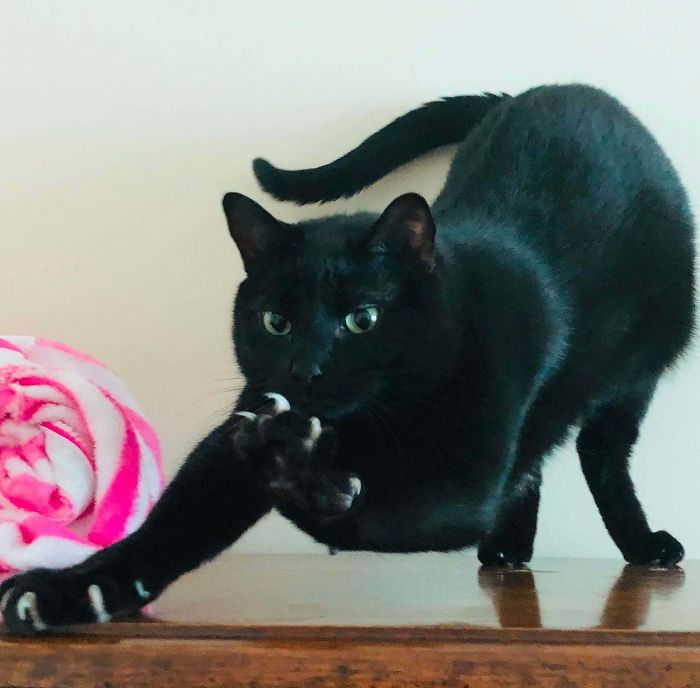 #25 A cat had gotten into my engine. This is Fjord the hunter 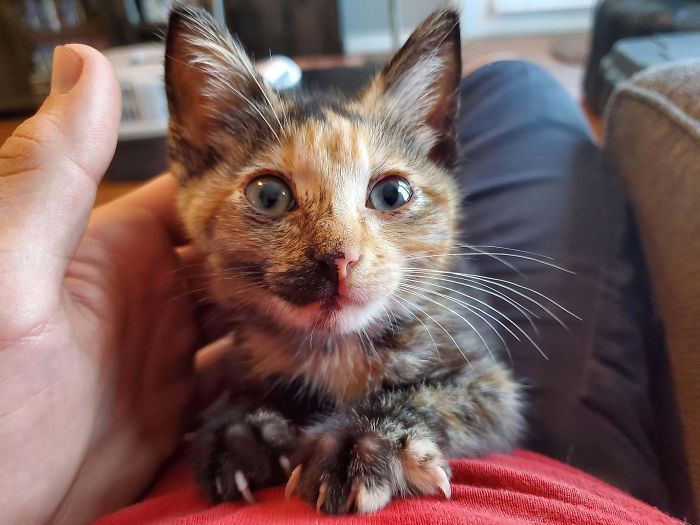 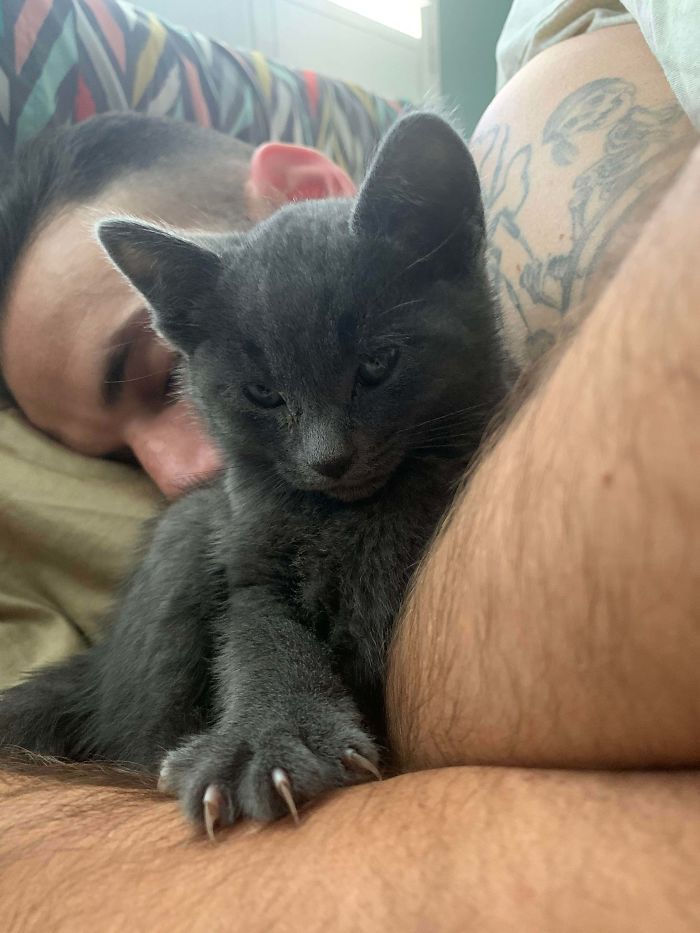 #27 When I thought I could go to the bathroom quietly 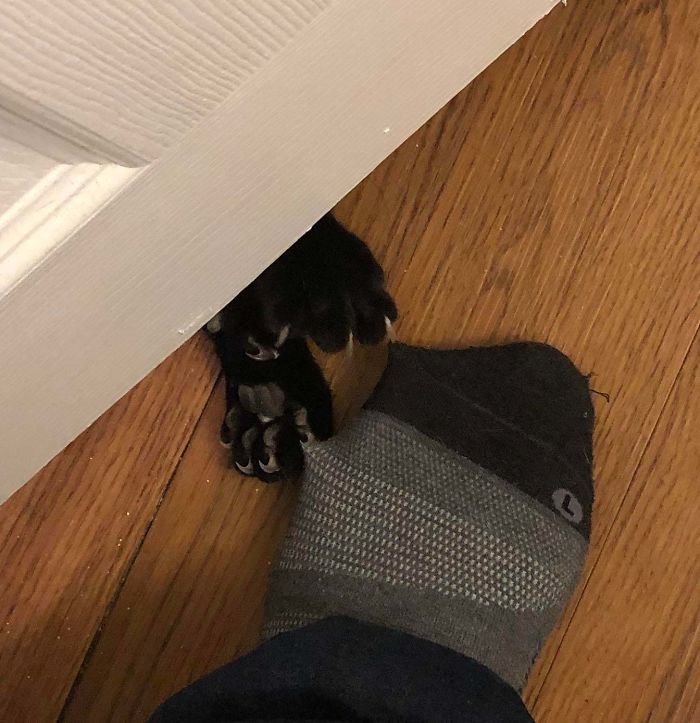 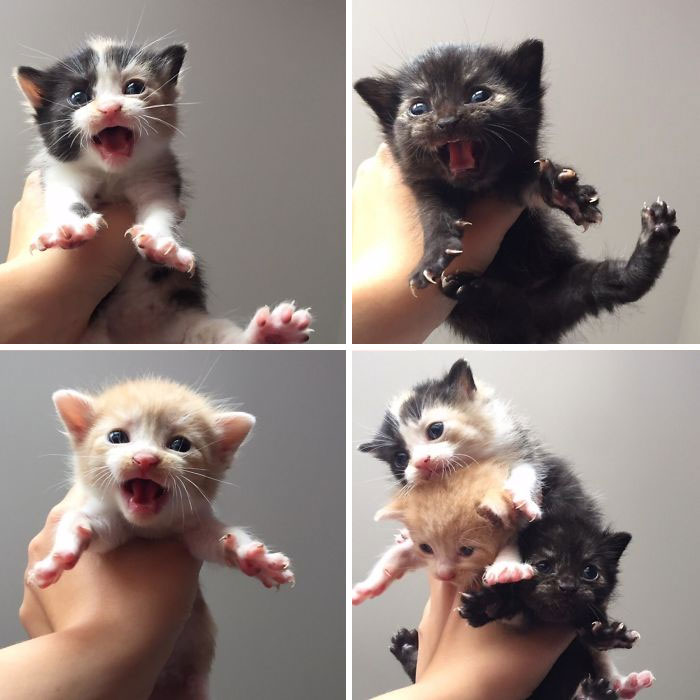 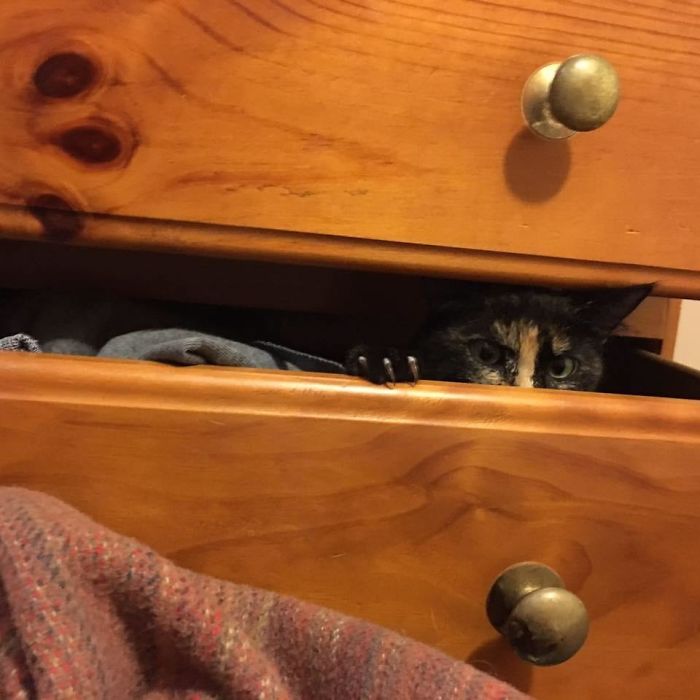 #30 Thinking whether to attack 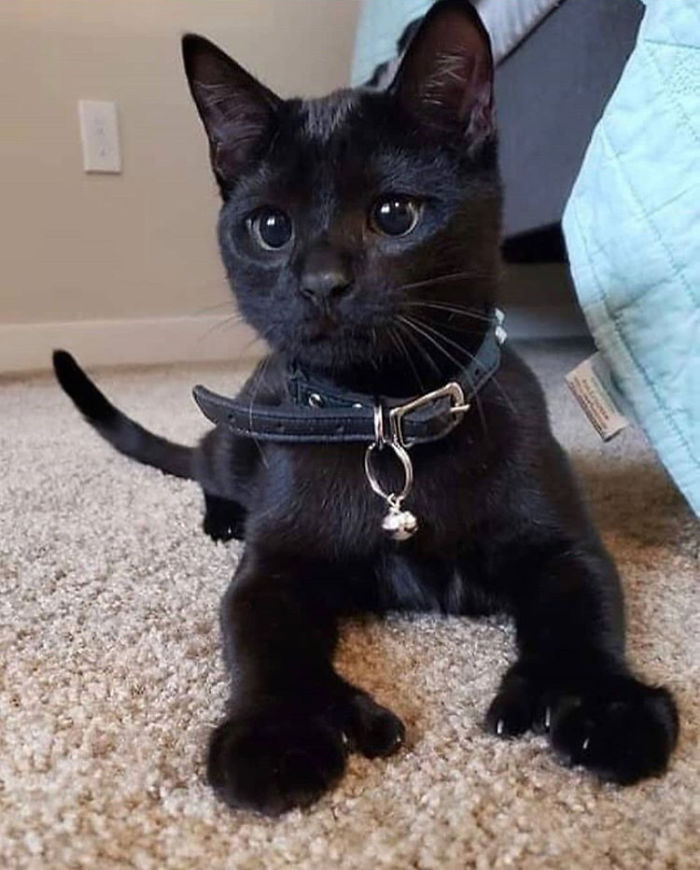