It turns out, cats and dogs are so last seasons. Yes, I said it. And not because you can get too much of their awesome cuteness, but rather because a very solid competitor in winning our hearts just entered the game.
You see, the Siberian illustrator Liza Nechaeva has been documenting the insanely adorable adventures of her two cat snakes in her hilarious comic strips. The frisky ferrets named Meemoo and Feefo are influencers in their own league with 1,567 Instagram followers. And they’re the main characters in Liza’s illustrations too.
“I treat my pets as a part of the family and some of the humor comes from acting out like children or me taking them too seriously. I sometimes catch myself telling them off like I would a child and find them blinking at me in confusion,” Liza told Bored Panda. “They understand, but choose not to listen.” So it’s time to get into the comic world of Siberian Lizard that will explain your late-night Google search for adopting a new ferret! 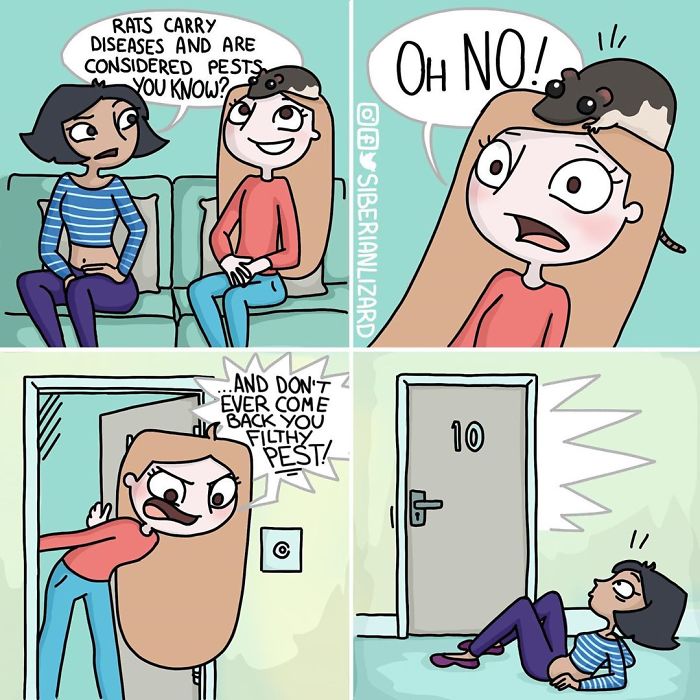 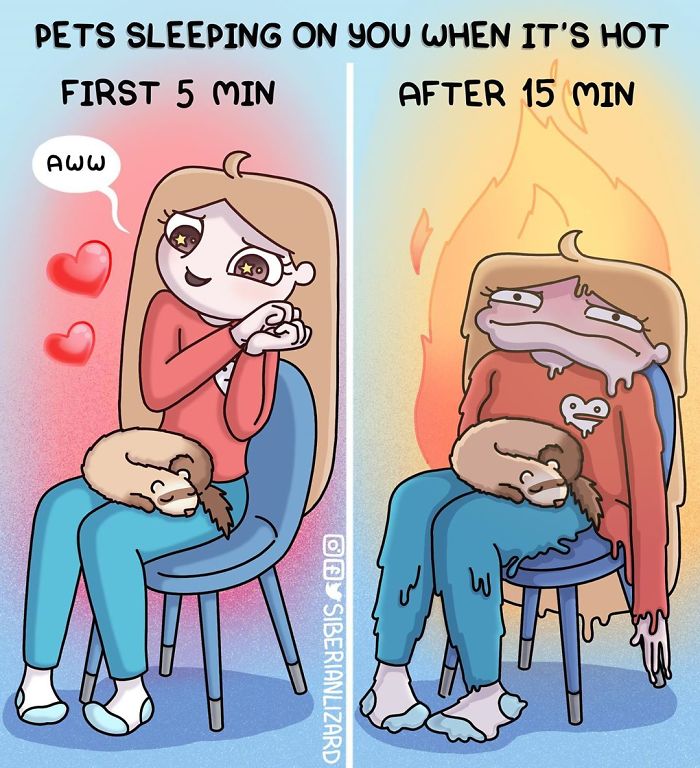 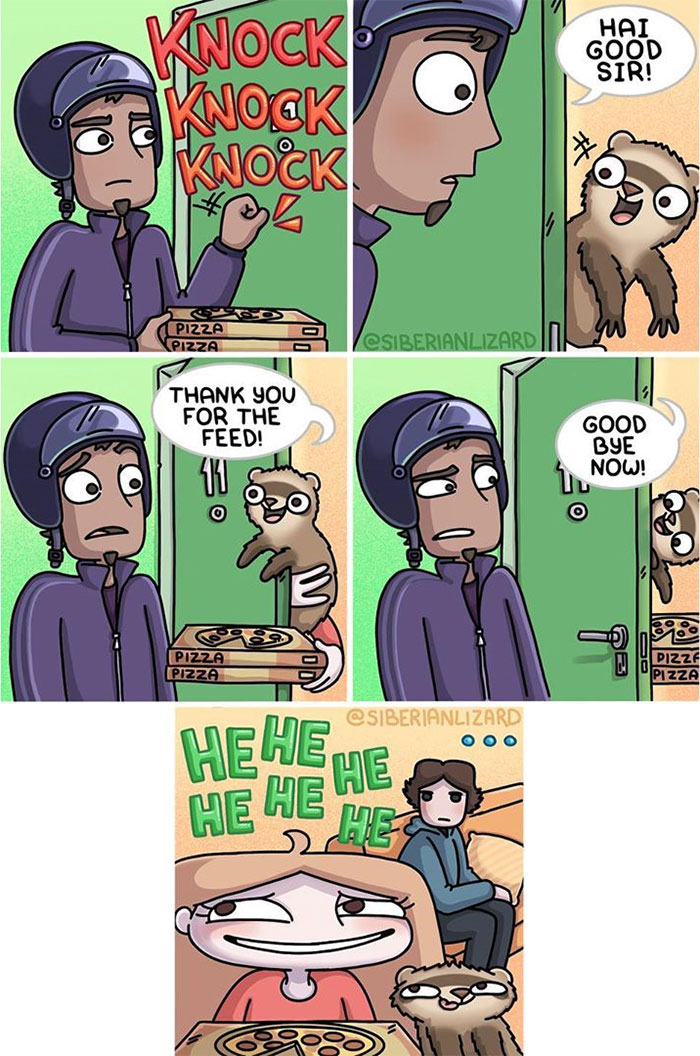 Most of Liza’s comics come from observational humor since her two ferrets provide lots of funny moments throughout the day. “They inspired me to make the very first comic (‘What makes a ferret?’) and they continue to inspire daily stories,” she told us.

But when Liza started making comics, she couldn’t find any about ferrets. “Which was strange, because they are the 3rd most popular pet in the US after cats and dogs. So I feel that my comics have built a community of ferret and pet lovers who wanted something a little different.” Liza believes that a lot of ferret owners can relate to her comics and recognize a similar dynamic in their own homes. 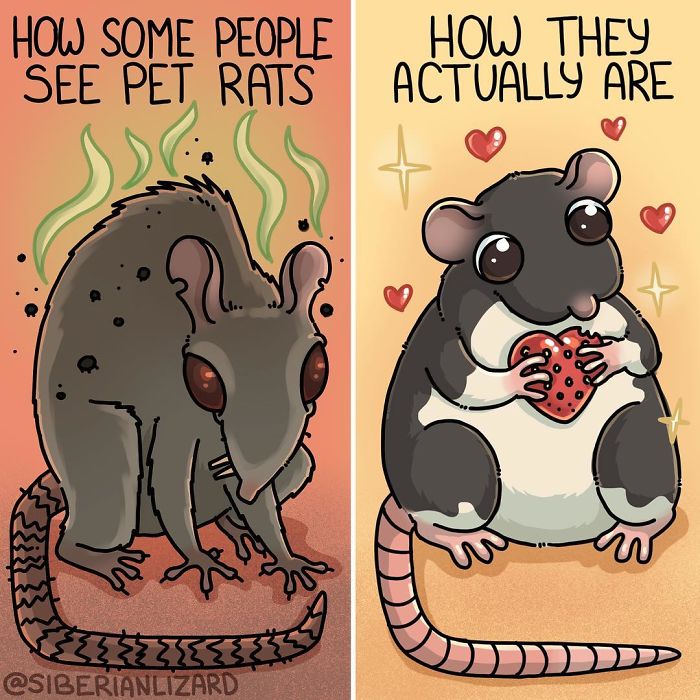 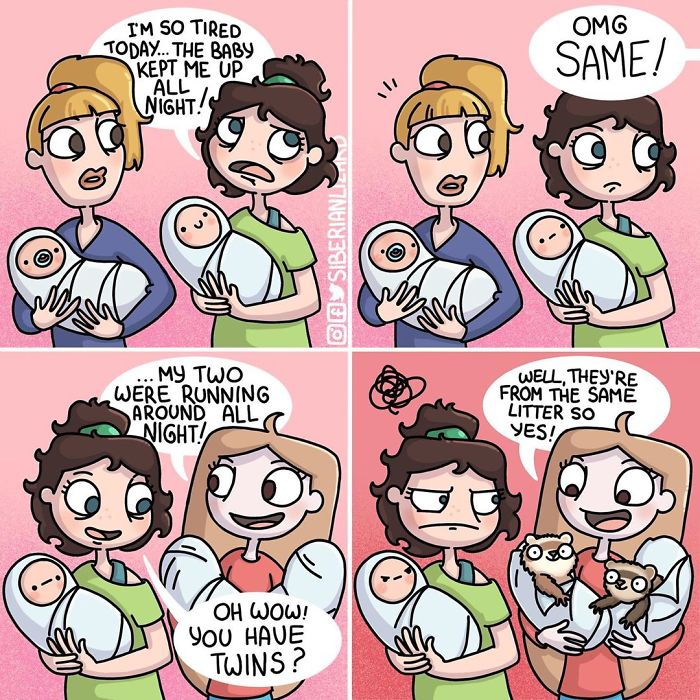 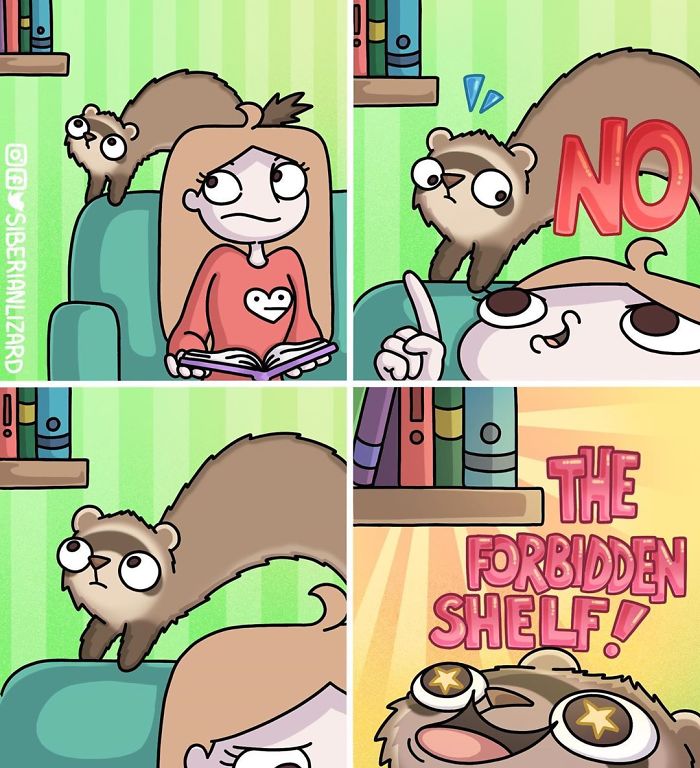 The Siberian illustrator who is currently living in London told us that she usually starts the process of drawing from the punchline and then works backward to create a comic script. I find that it is a lot easier to structure a comic if I already know what I want the joke to be.

Even if not all scripts make it to the final image, Liza likes to have a list of ideas ready to go “so you never run out when you sit down to draw. After Liza is done with sketching, she usually shows it to her husband. “He has happily taken on the role of quality control.” Only after the initial piece passes the quality control check, the illustrator inks, colors, and shades the picture. 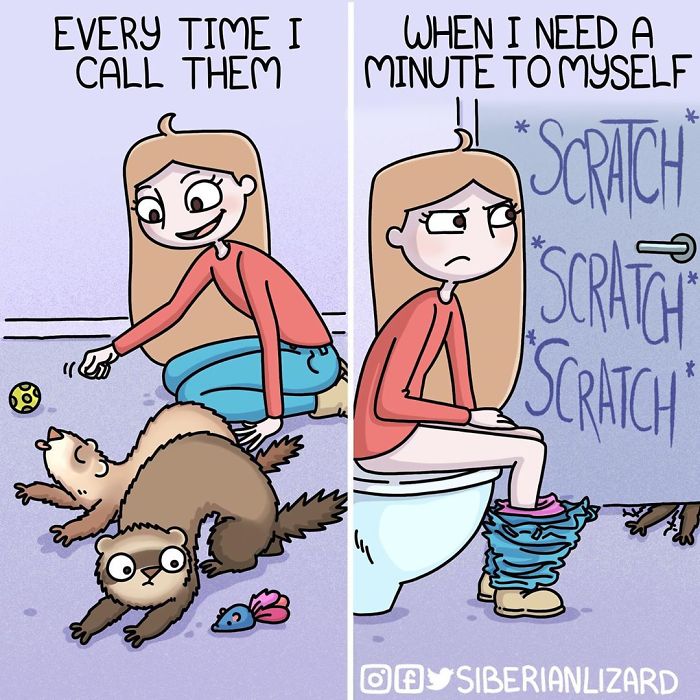 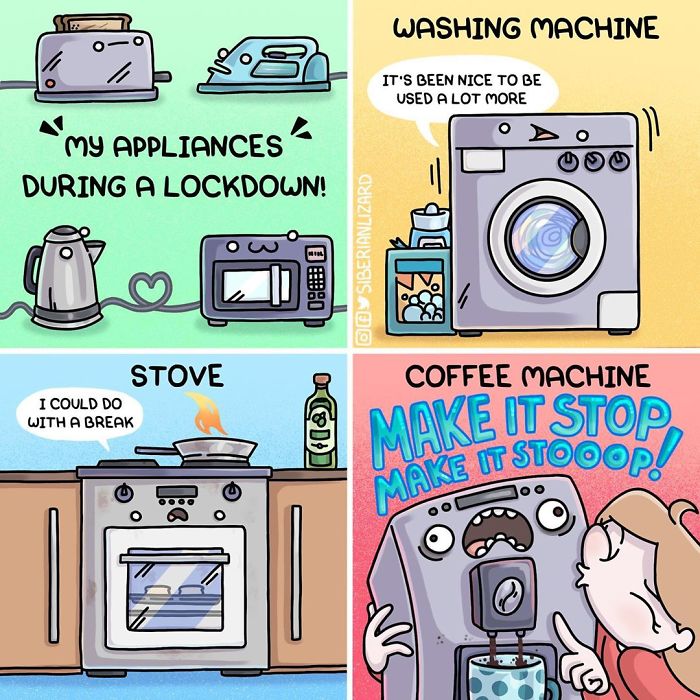 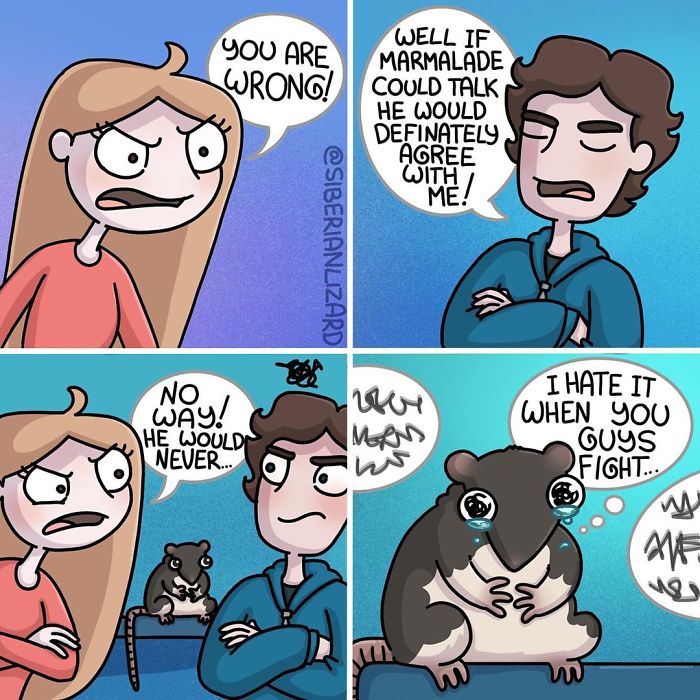 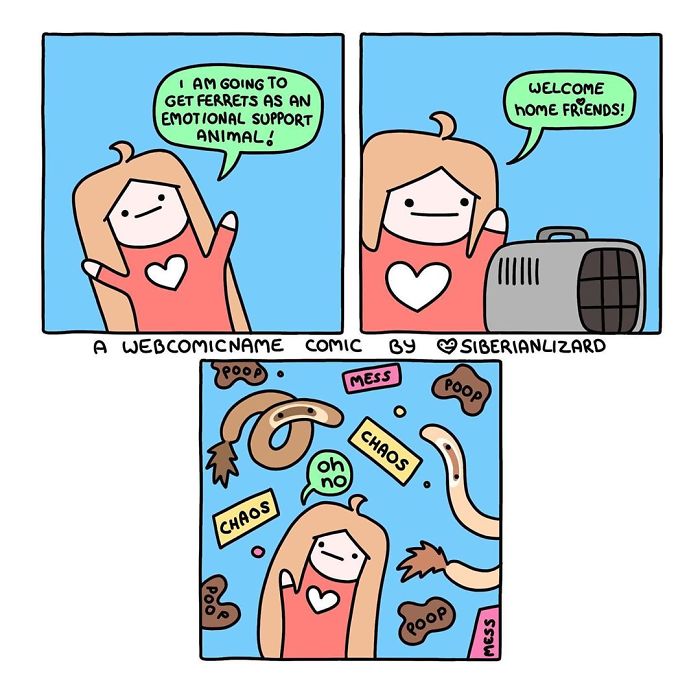 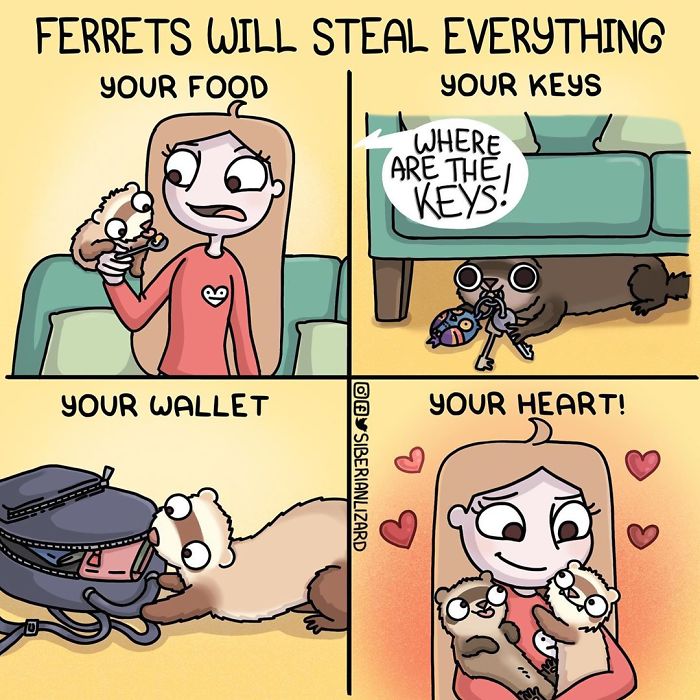 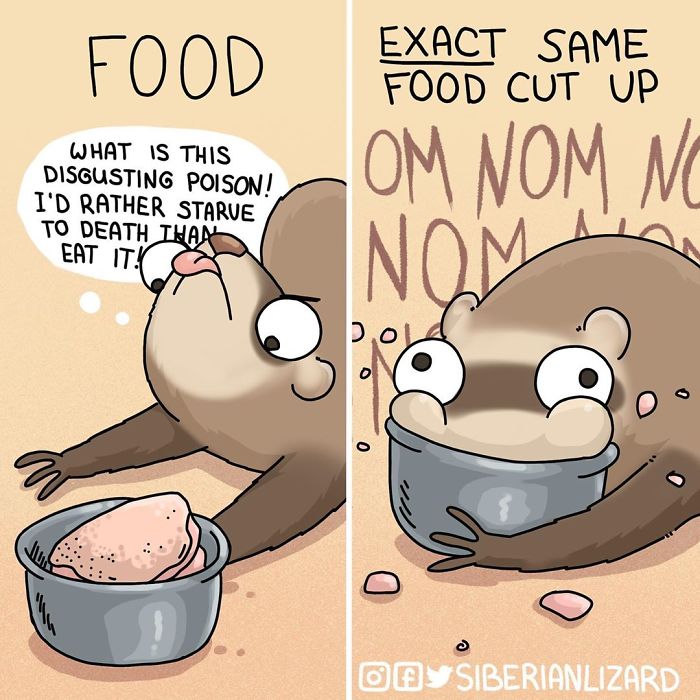 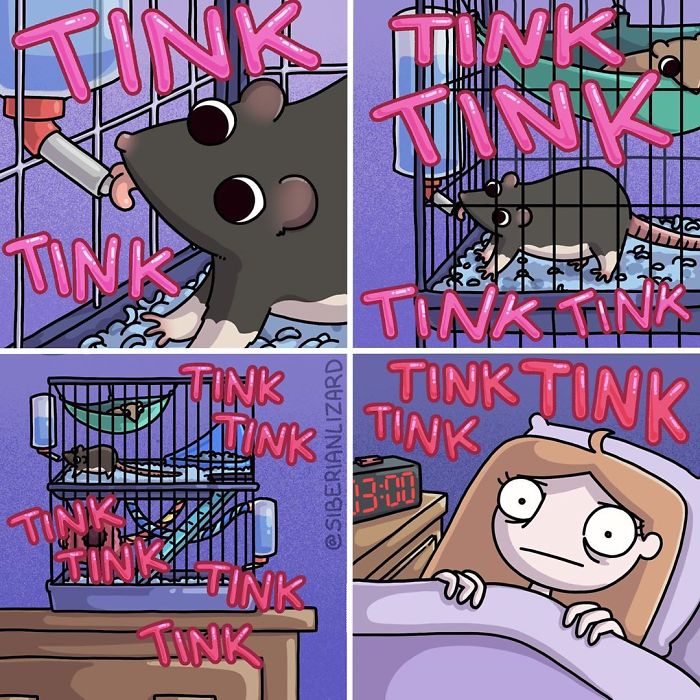 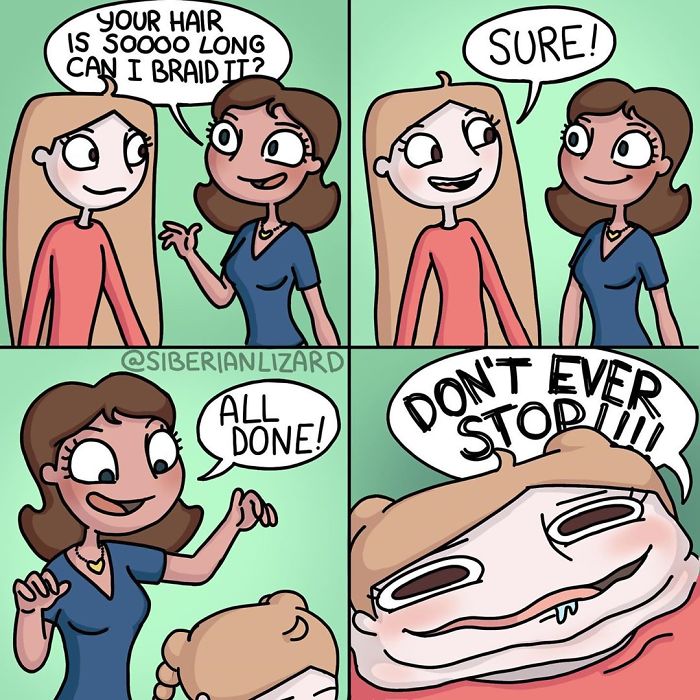 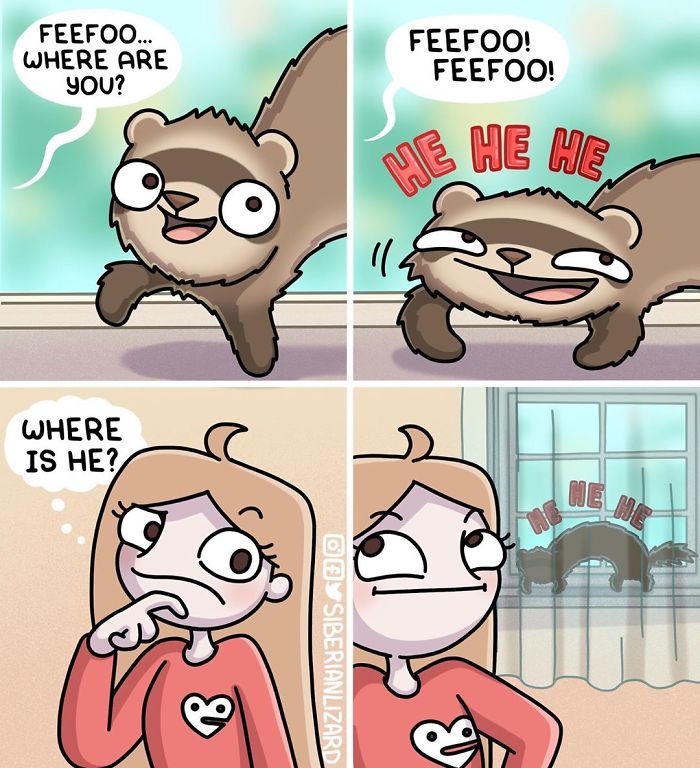 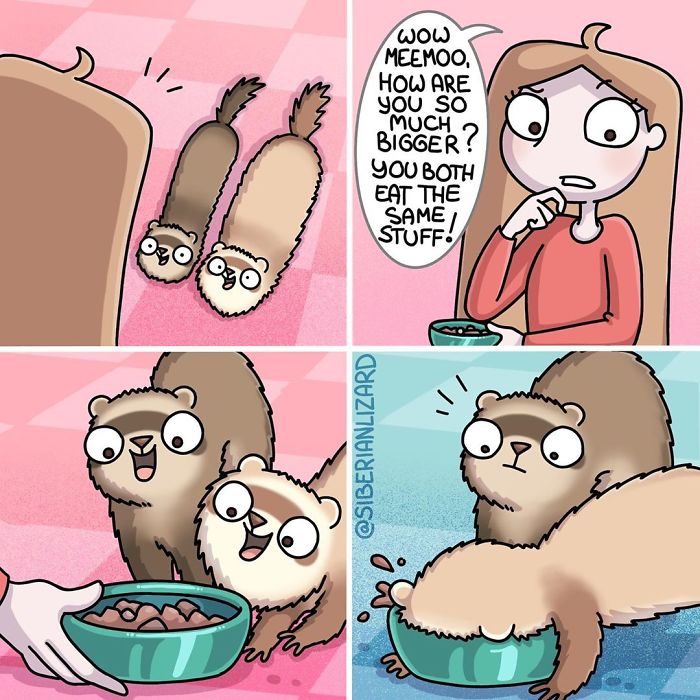 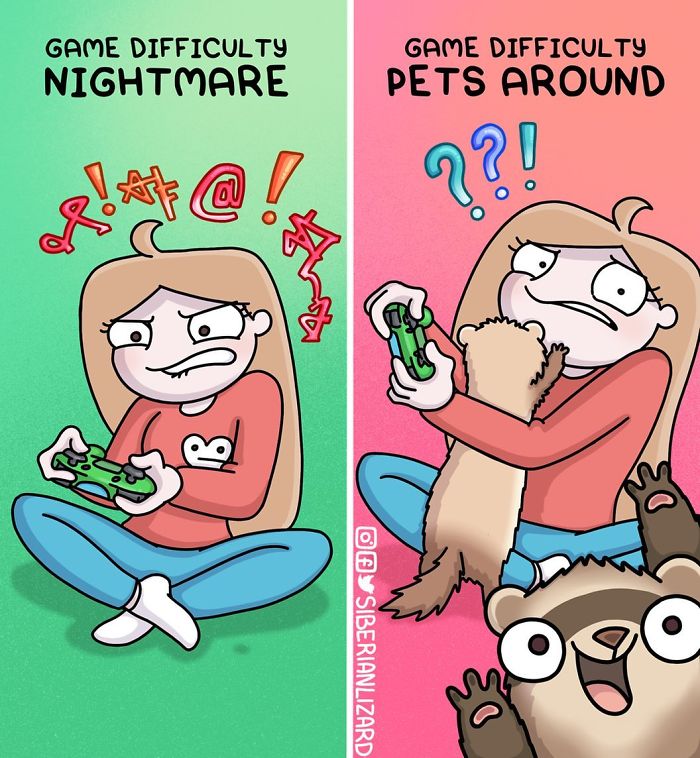 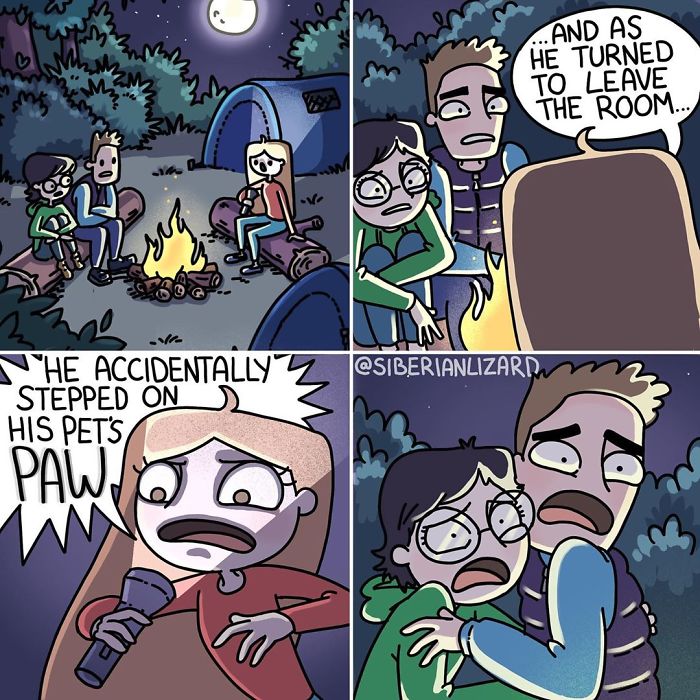 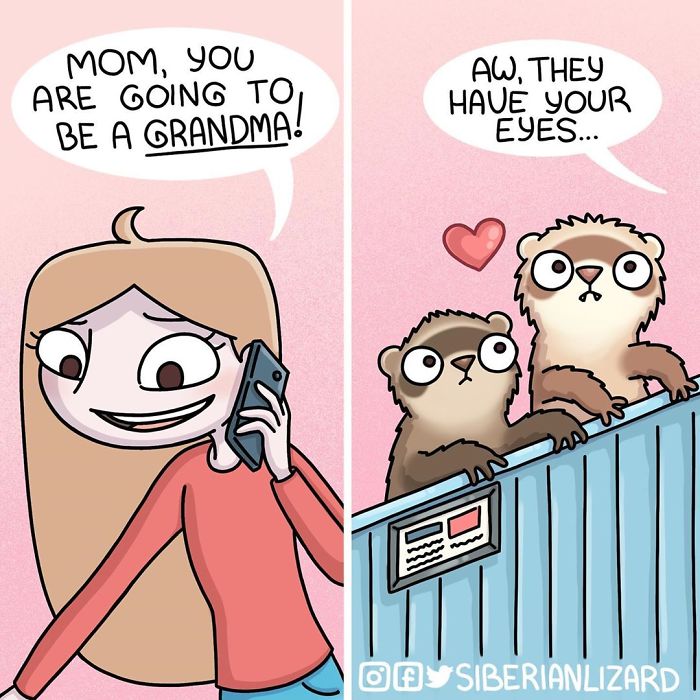 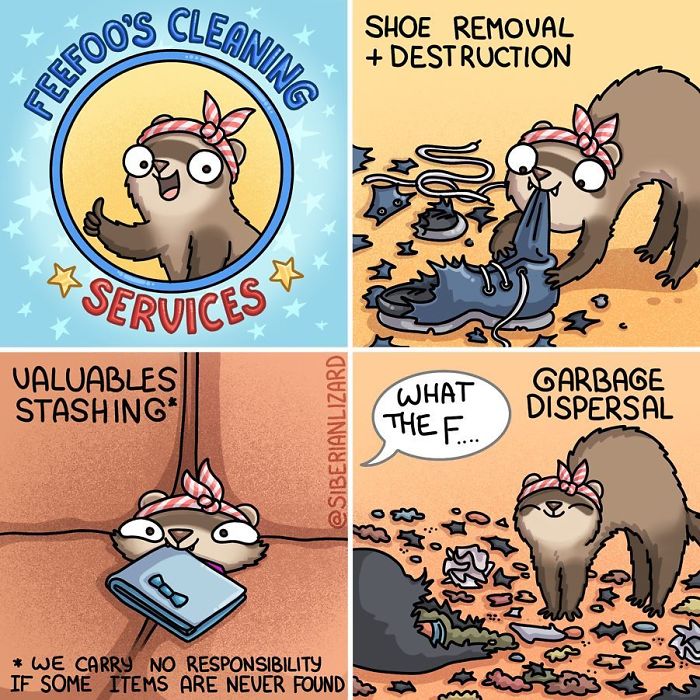 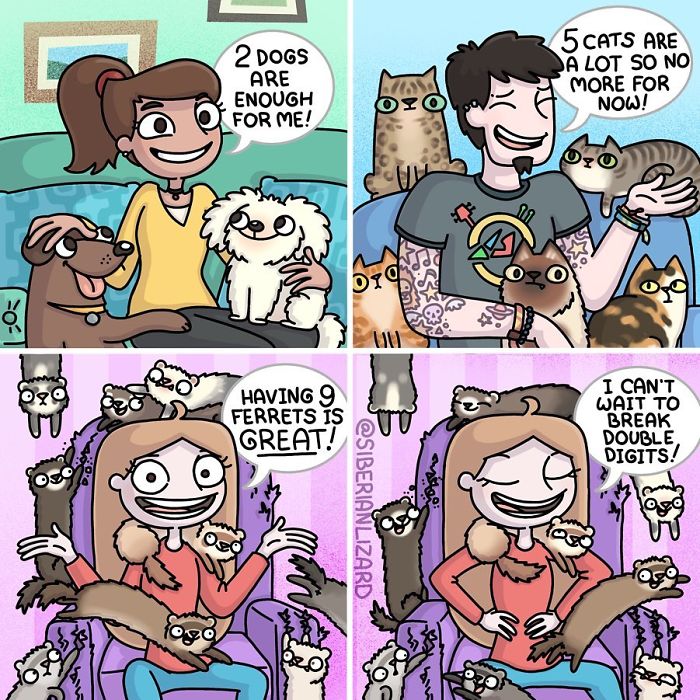 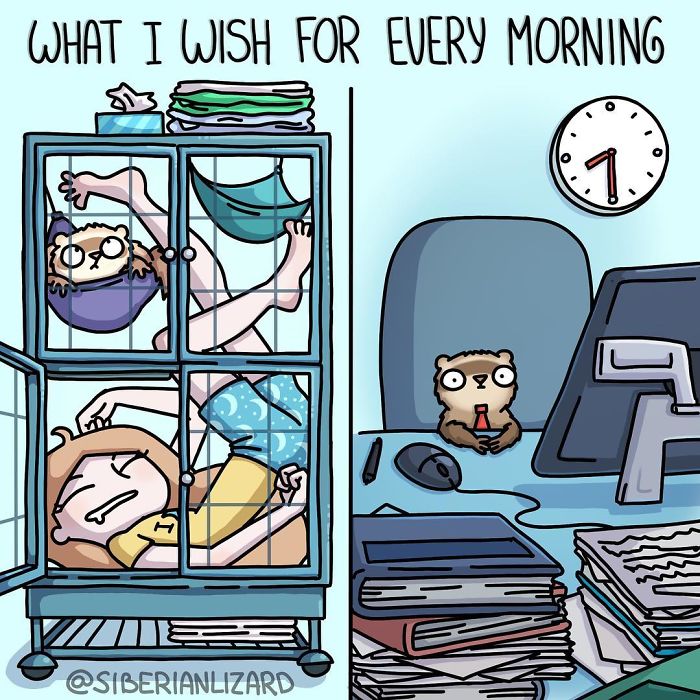 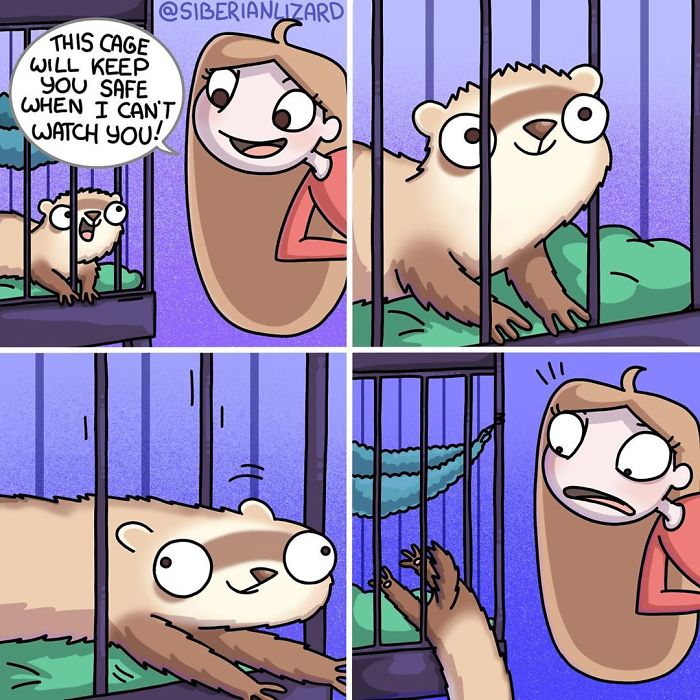 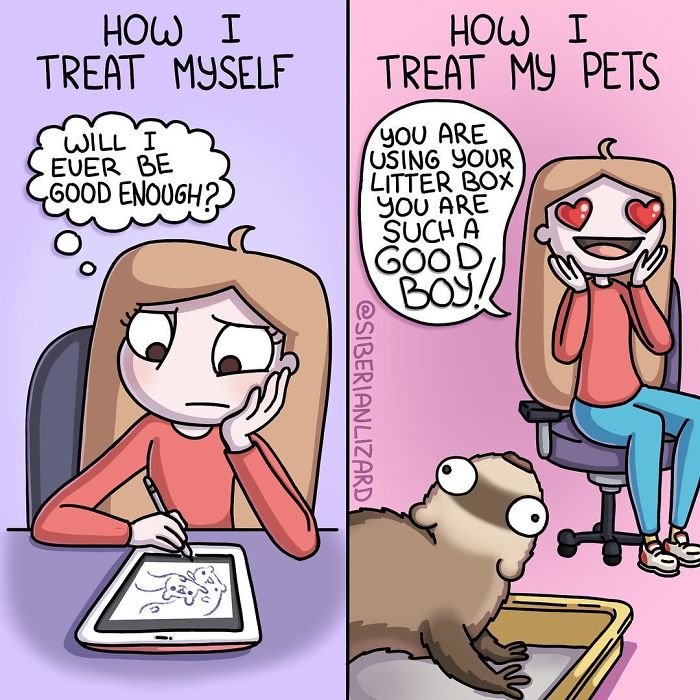 Facebook
Twitter
Pinterest
WhatsApp
Previous article10+ Artists Pay Respect To The Late Gene Deitch, The Illustrator Of Tom & Jerry And Popeye
Next article12 species of bats that give a completely different view than we have