Children and dogs go together like peanut butter and jelly – they just get along great. However, sometimes there is a bit of an adjustment period in the home whenever you have to introduce a baby to your dog. There is no certainty as to how it’ll go, so pet owners bringing home a newborn just have to hope for the best. But fortunately for one couple in California, there was no adjustment period – their dog Brutus was more than happy to welcome a baby into the family. 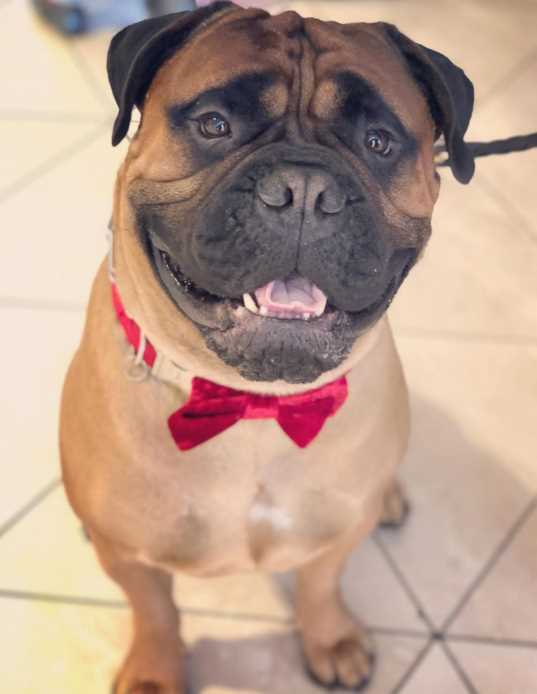 The Bullmastiff was first rescued by the couple in 2016. When Brutus’ owner, Bonnie Michalek, found out she was expecting, she had no doubts that her happy and gentle giant would handle the change well. Bonnie knows that Brutus is loving and sweet, so she had a feeling he’d take to the kid right away – after all, he likes kids. 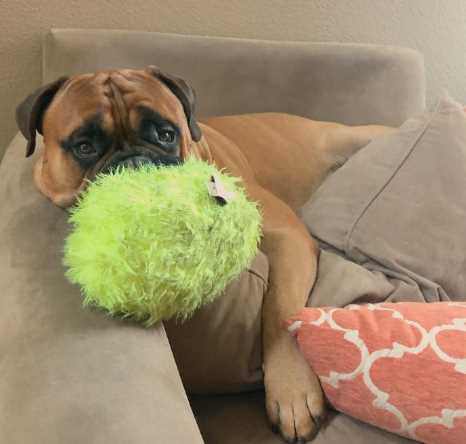 As she explained to The Dodo, He’s always loved, kids. Every time he’s heard kids outside laughing, he gets excited. In fact, Bonnie believes that Brutus might have even known she was pregnant before she even knew it. “Brutus knew I was pregnant before I did – he definitely sensed it before I knew. On the nights my husband was working Brutus refused to be in his crate,” she explained. 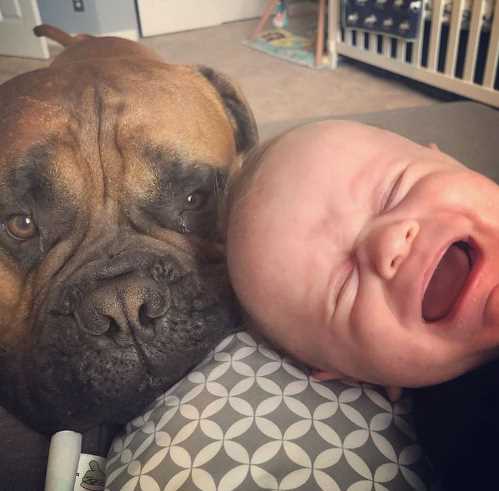 Bonnie went on to explain how at first she assumed he just didn’t like being held in a creative but even after she readjusted it for him, it didn’t matter. Whatever she tried, all he wanted was to be next to her. Looking back, Bonnie believed it’s because Brutus could already sense her pregnancy. In order to make the transition easier on Brutus, the couple included him in preparations made to the home. However, when it was time to bring Kayden home, Brutus had to spend some time at grandma and grandpa’s house. When Brutus arrived back home, Bonnie made sure he got some alone time with her before meeting the newest family member. When the moment finally came, it was pure magic.

As Bonnie recalled, Brutus completely bypassed my husband to meet Kayden. He immediately wanted to give him kisses and snuggle up to him. The bond between Brutus and Kayden was instantaneous. 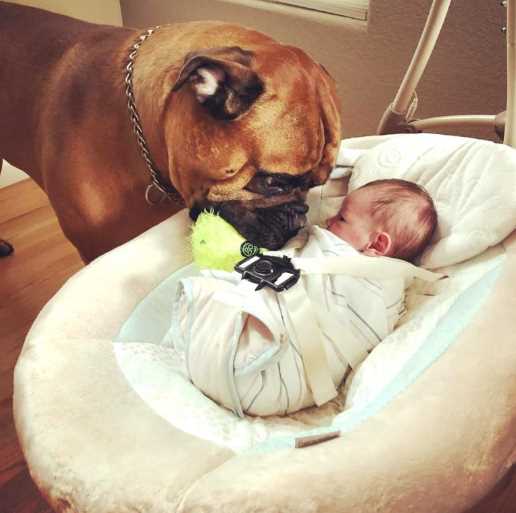 In fact, whenever Kayden cried, Brutus instantly appeared – more than happy to provide some soothing comfort.

But the most surprising thing to everyone was Brutus’ action of bringing Kayden his own favorite toy: a large, fluffy, yellow ball. “He grabs his favorite toy to bring it to Kayden to console him!” Bonnie shared.

And the gesture is a very kind one – the fluffy ball he gave to Kayden is the same exact one that he has babied since he was a young puppy. 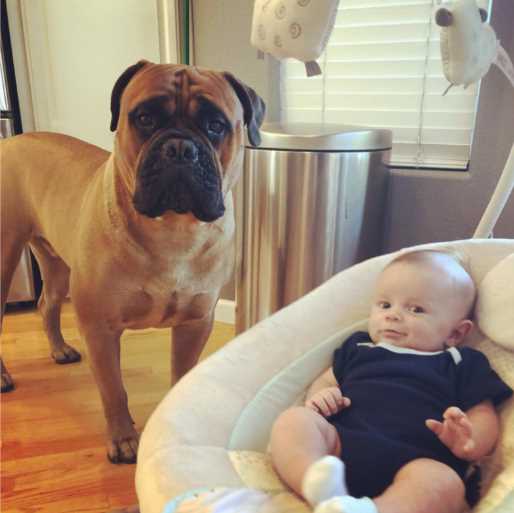 While he has shredded every other toy he’s owned, this ball is special. It is his go-to toy for comfort, so the fact that he’d share it with Kayden makes the already sweet gesture that much more special. 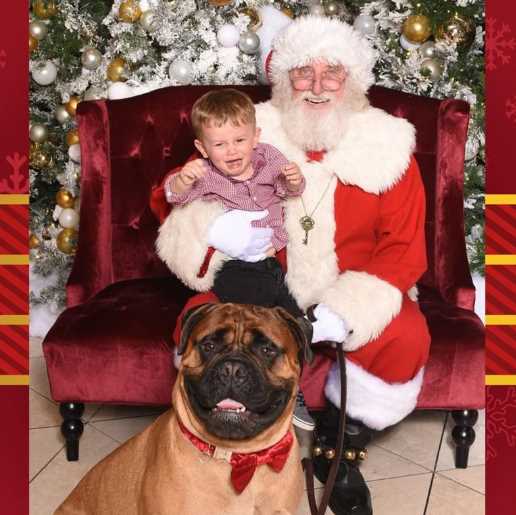 While Kayden is no longer a newborn, he and Brutus are still as close as ever. Kayden is certainly a fortunate child, and we have no doubt that Brutus will always have a special place in his heart as Kayden’s first dog.