Jenny Jinya, the artist who makes people cry with her Loving Reaper comics, began the series with a story about a dog left behind. Over time, she has included more and more animals in her work, such as bunnies, parrots, and elephants. Now Jenny is back with an article about another good boy from a bad family.

Three days ago she uploaded a strip that takes us back to winter. Zeus, an optimistic canine, spends his days frozen, tied to a kennel. However, he does not break his spirit. Zeus still loves his family. But the weather is more than you can bear. 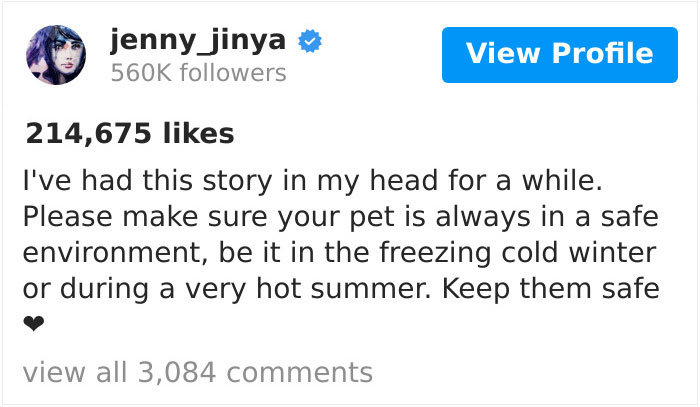 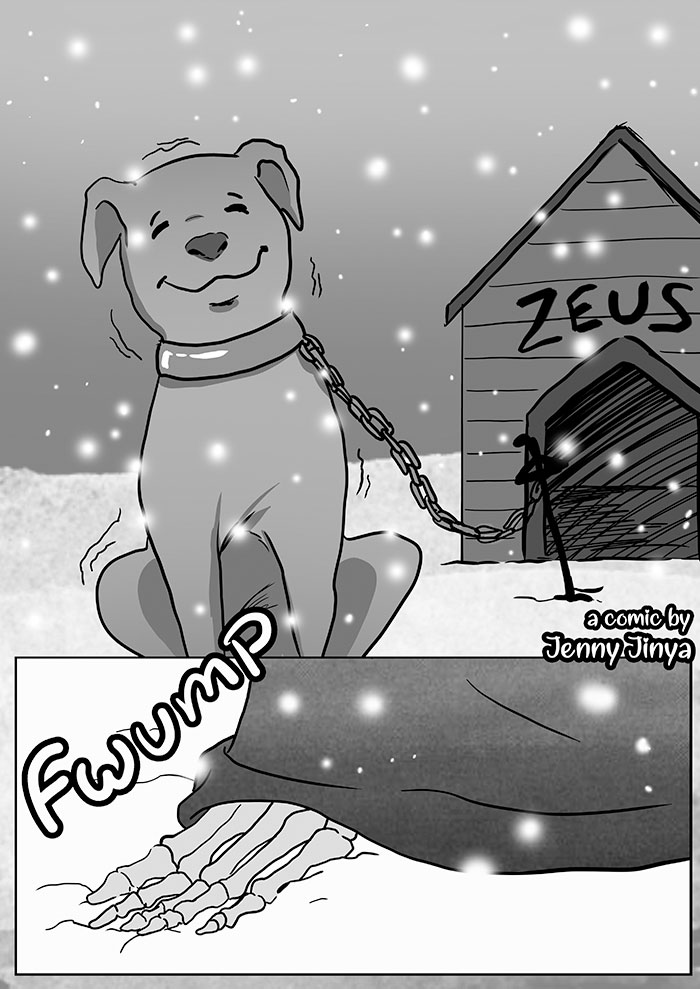 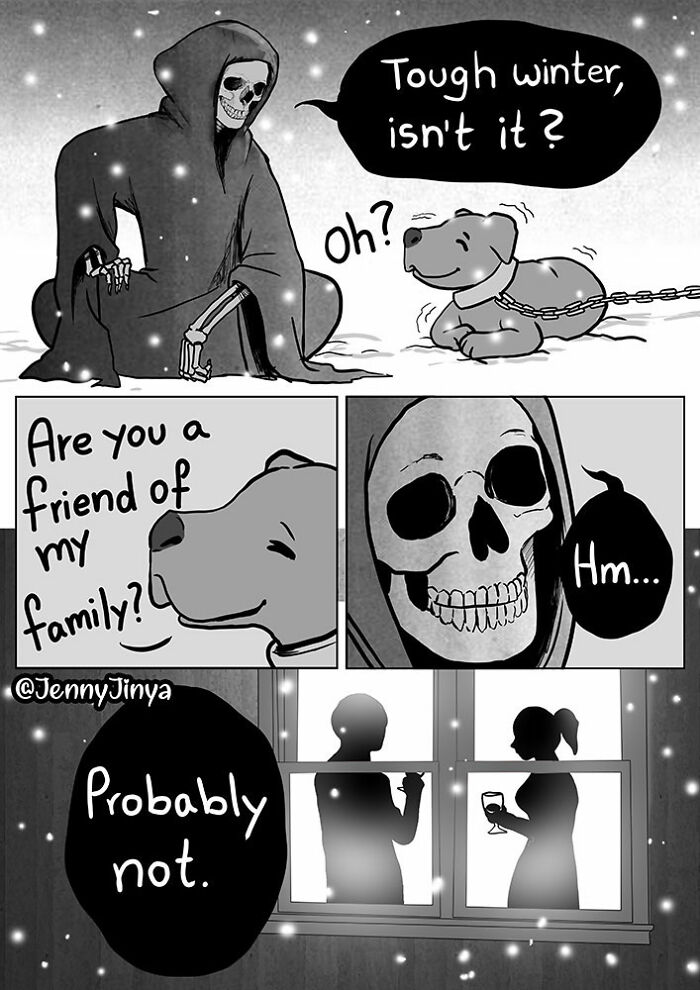 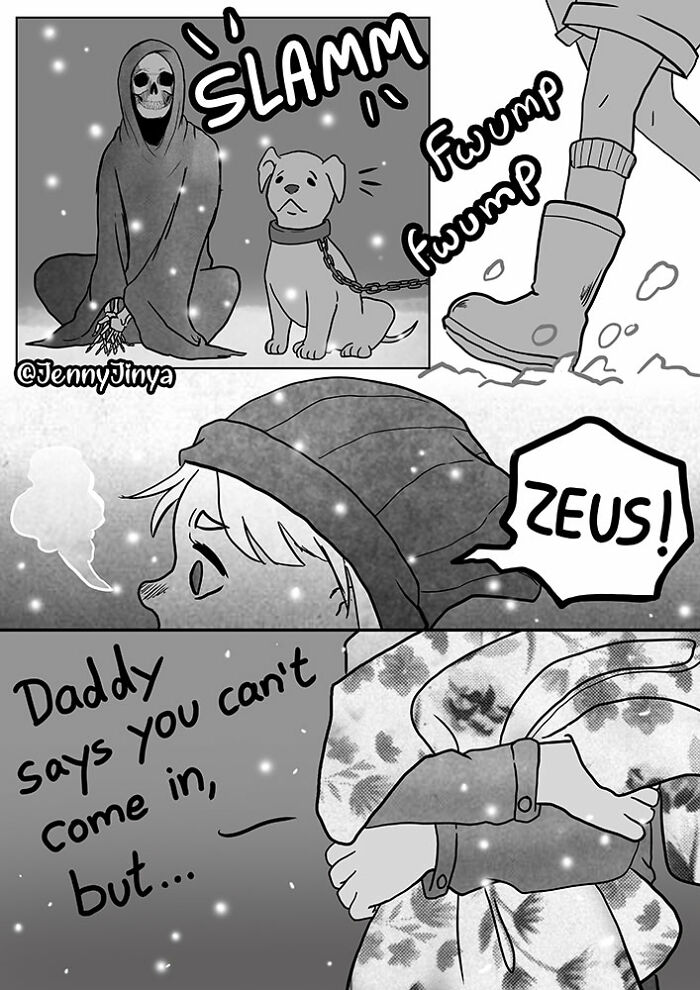 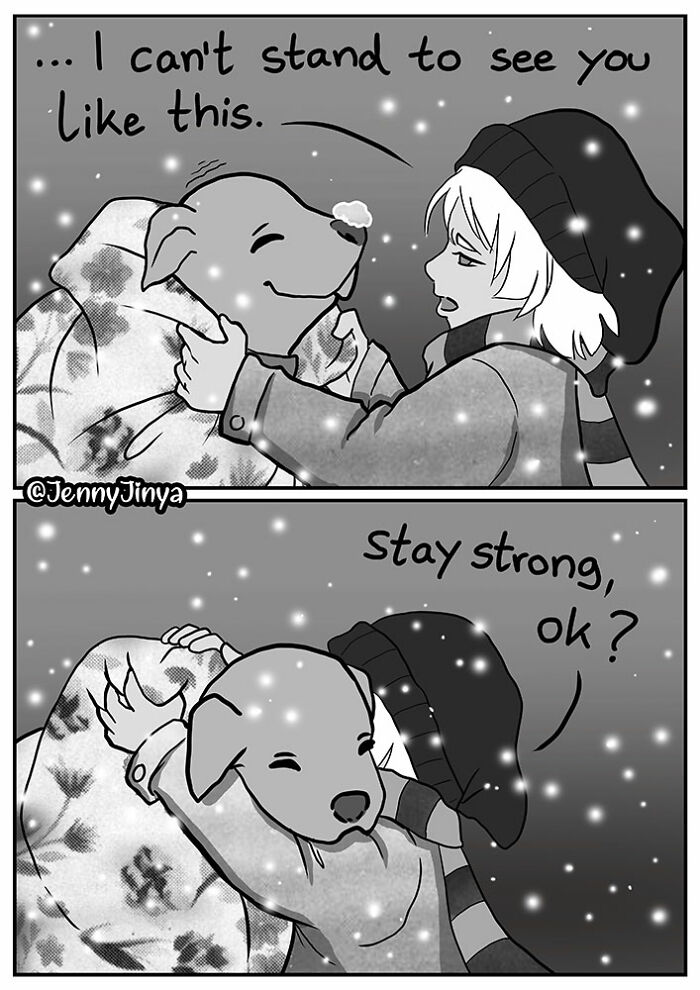 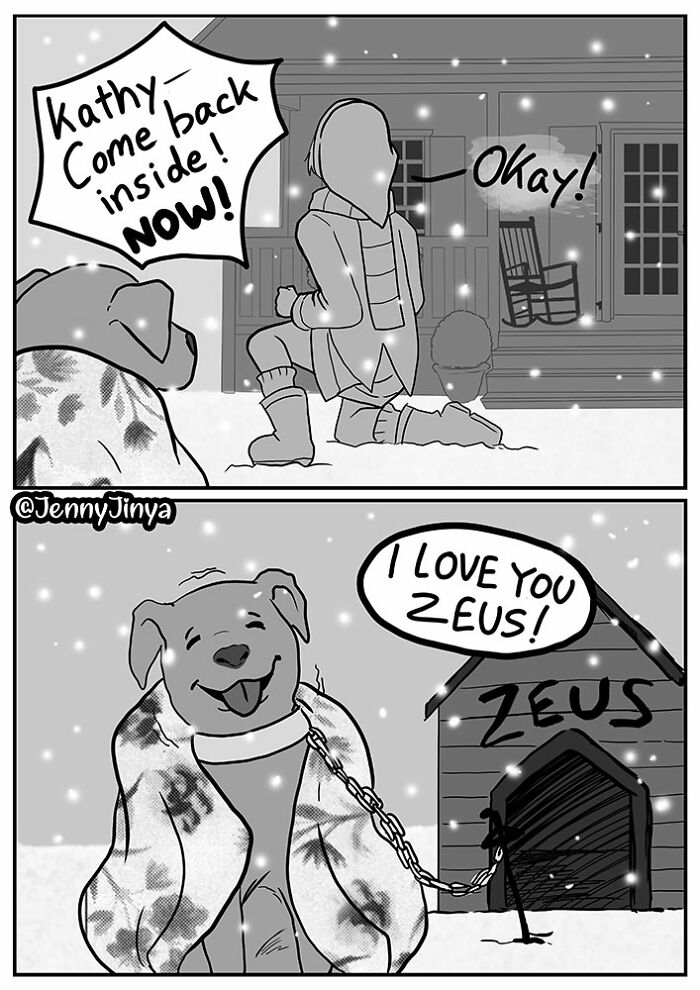 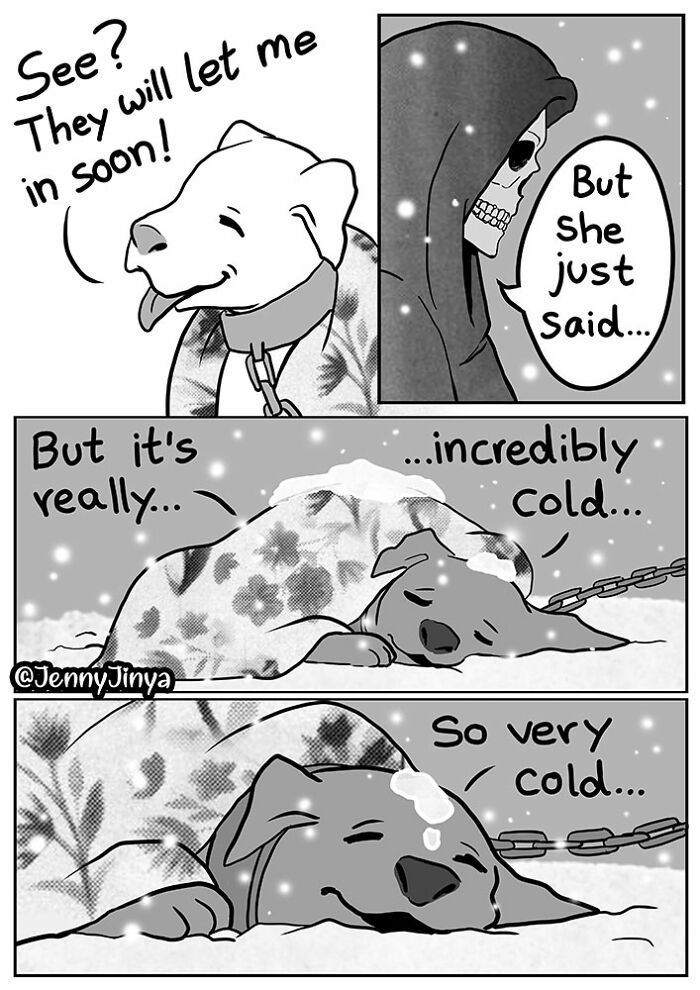 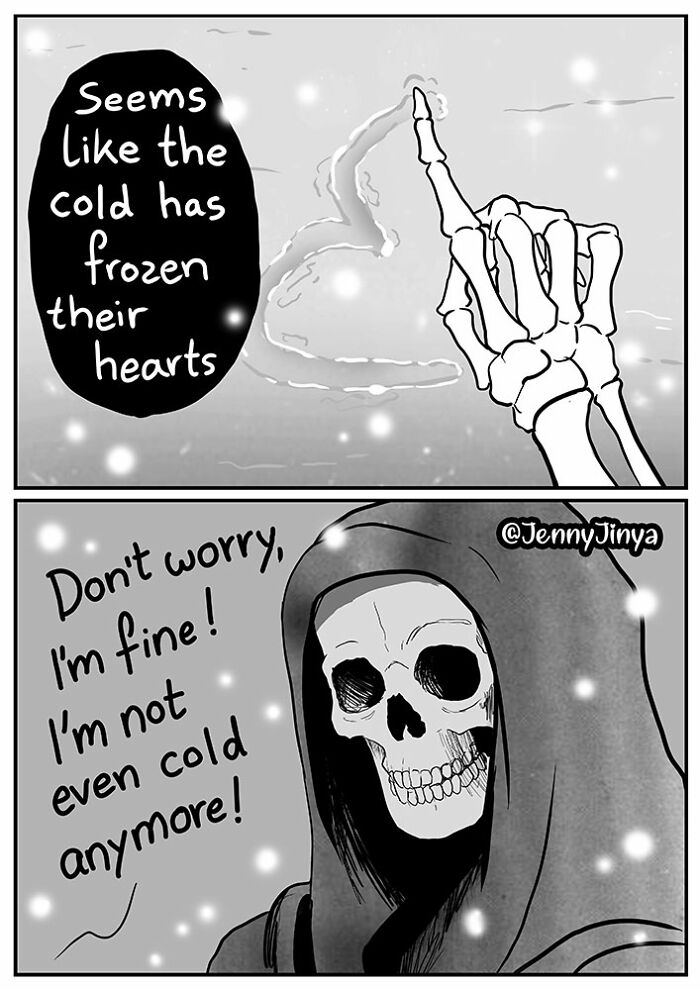 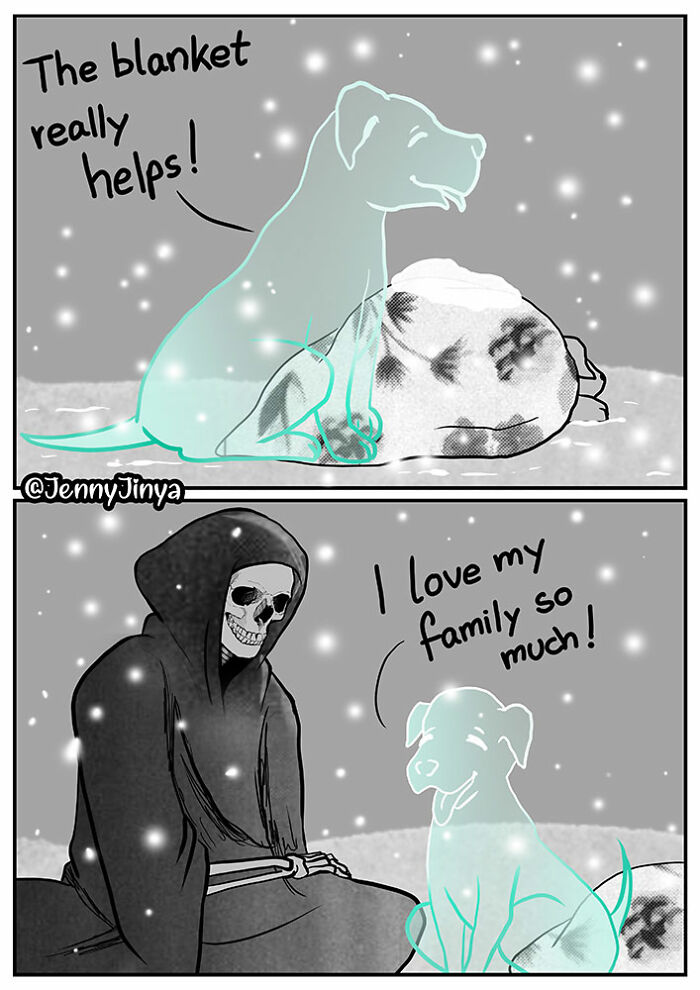 It bothers me that there are still people who believe that their dog can handle everything as if he had a wild wolf in his garden. But our dogs are domesticated, they have adapted to our circumstances. Most breeds of dogs do not tolerate cold (except northern breeds). Finally, I have developed an idea for a story that I can build around the problem. 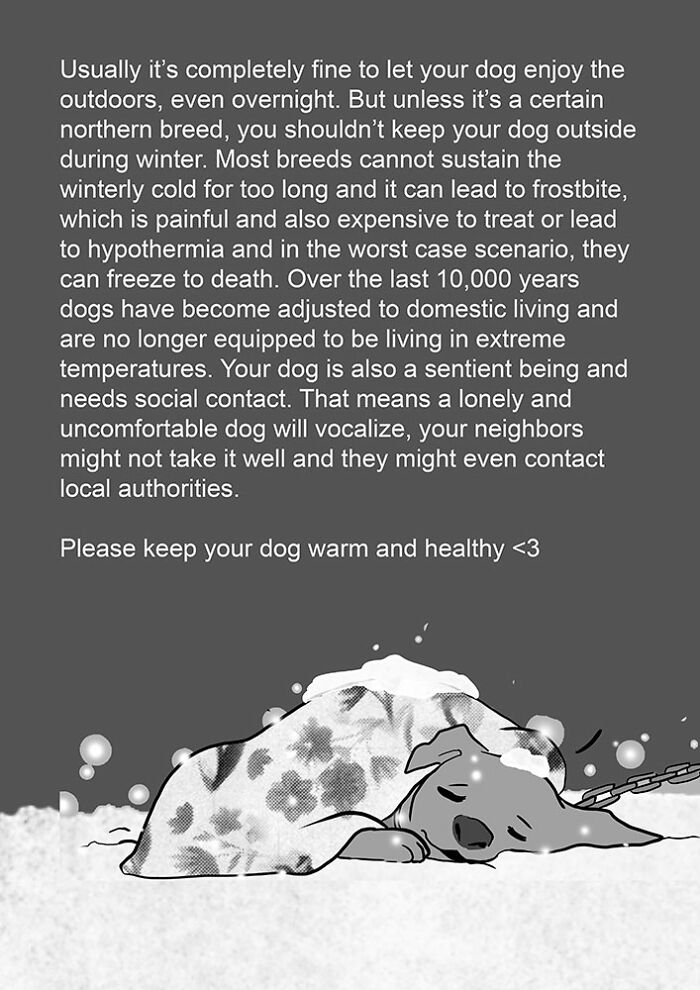 Comparing her latest strip to the one that started it all, Jenny agrees that they are similar in a way. For the last year, I had the feeling that I had drifted away from the ‘roots of my comics.’ That is not necessarily a bad thing, but sometimes I had the impression that I had forgotten why I started Loving Reaper.” She explained. I have lost some of my motivation and inspiration. I tried to get it back with this comic.

The creator also shared the great news with us: most of her stories will soon be published in a hardcover book. It will even have some never-before-seen comics and a few more surprises. Pre-orders start this August, so keep your eyes open. Jenny Jinya will soon announce more details on her website and her social media accounts.

people know all too well what the comic is about. 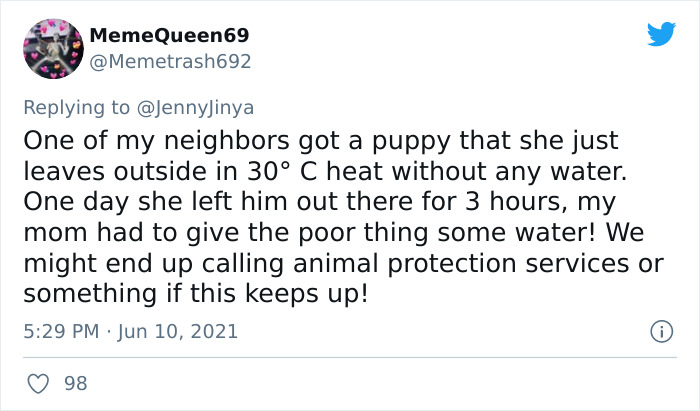 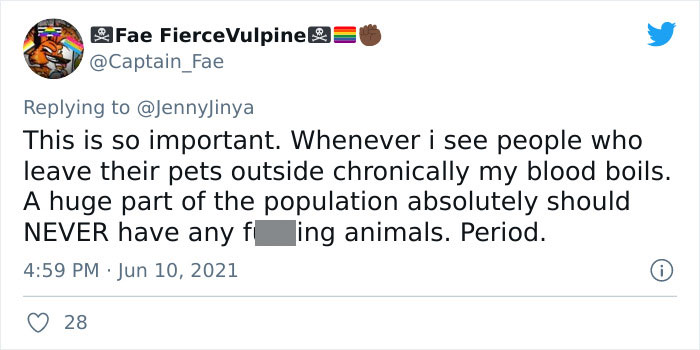 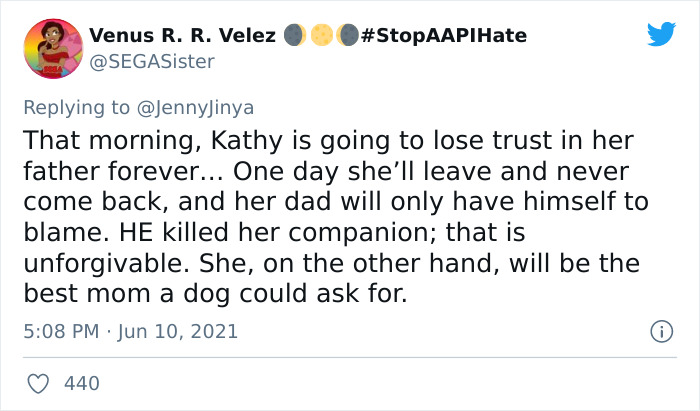 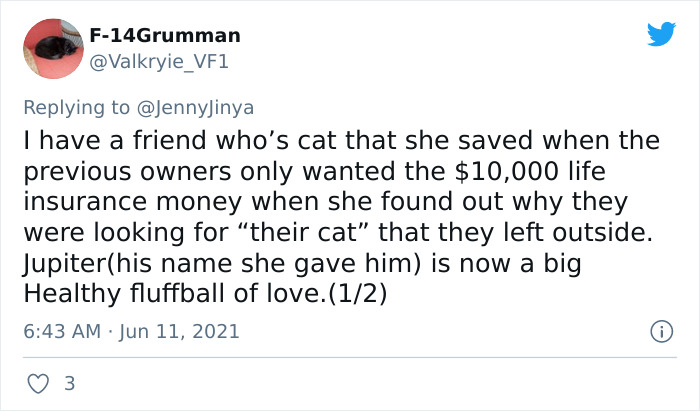 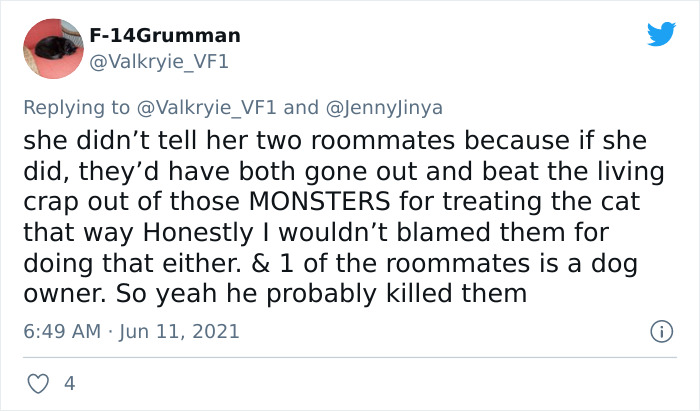 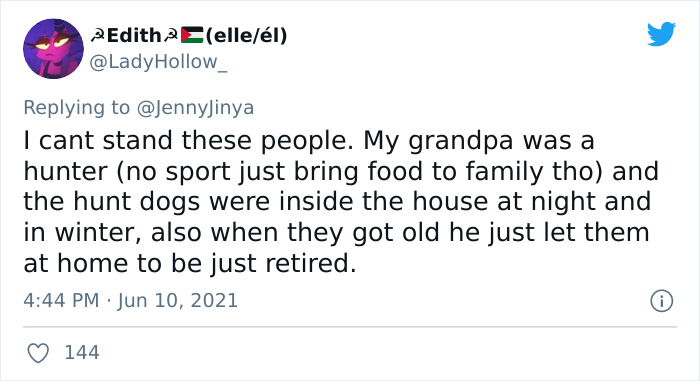